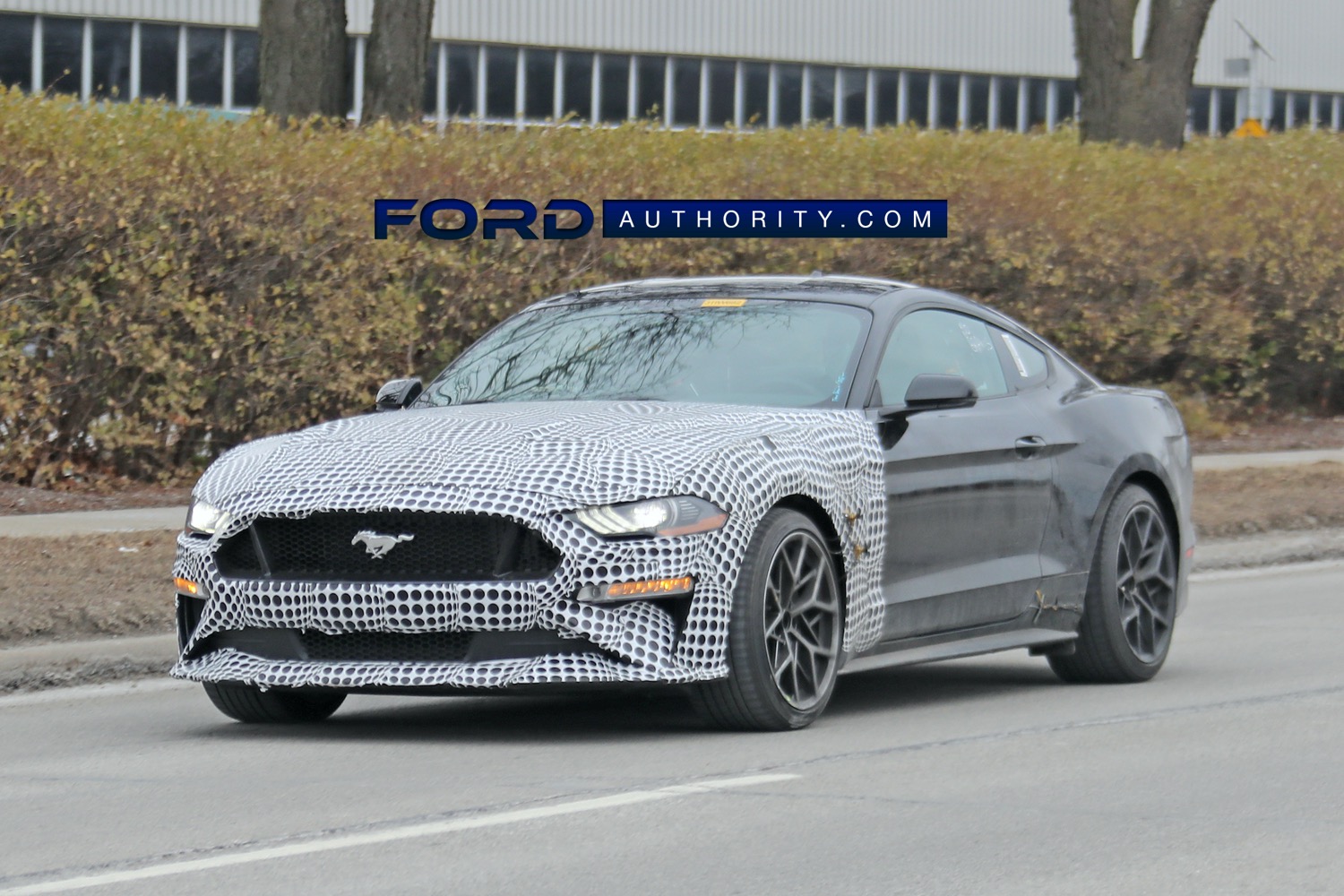 The next-gen, S650, 2023 Ford Mustang has been the subject of many rumors in recent months, including, most recently, the notion that an all-electric pony car will completely replace the ICE-powered Mustang altogether. However, it’s expected that the seventh-generation Ford Mustang will enter production at the Ford Flat Rock Assembly Plant in 2022 for the 2023 model year. And now, we’ve spied what appears to be the very first mule for the next-gen, S650 Mustang, which also appears to be testing an all-wheel-drive system. 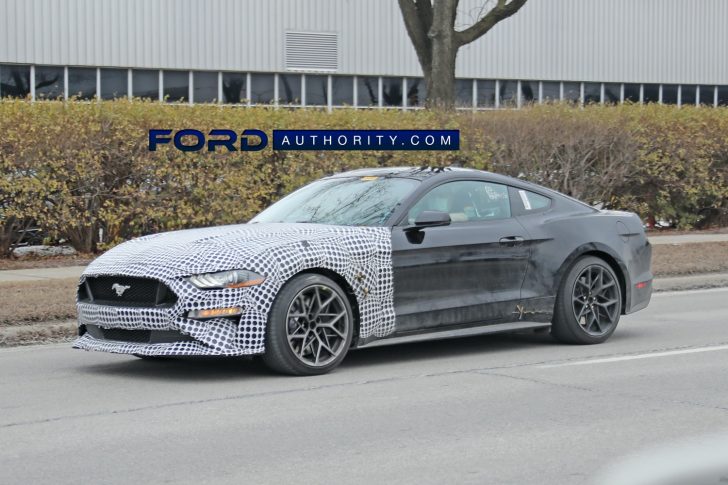 This early mule of a 2023 Ford Mustang represents a veritable hodgepodge of things from FoMoCo’s pony car parts bin. That includes the front fascia of an S550 Mustang GT covered in camo, the front splitter, and side splitters from the Mach 1, and wheels lifted from a Mach 1 Handling Package car. The dual-tip exhaust is something that isn’t present on the Mach 1, however, though the mule is powered by Ford’s 5.0L Coyote V8, likely with a Bullitt/Mach 1 tune. 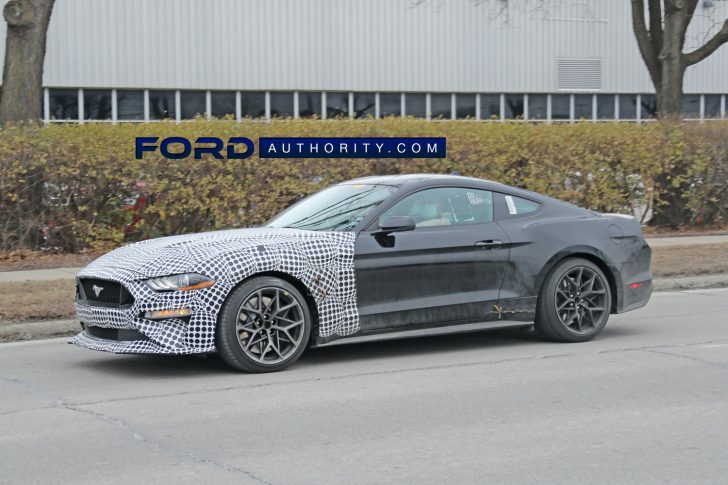 This mule also has cables on all four wheels which are connected to a sensor inside the cabin, but its most interesting feature might just be the rear brake setup. Here, we can clearly see that the position of the brake caliper and the parking brake assembly is reversed from the current model, which is highly unusual and a solid indication that we are in fact looking at a next-gen all-wheel-drive mule. 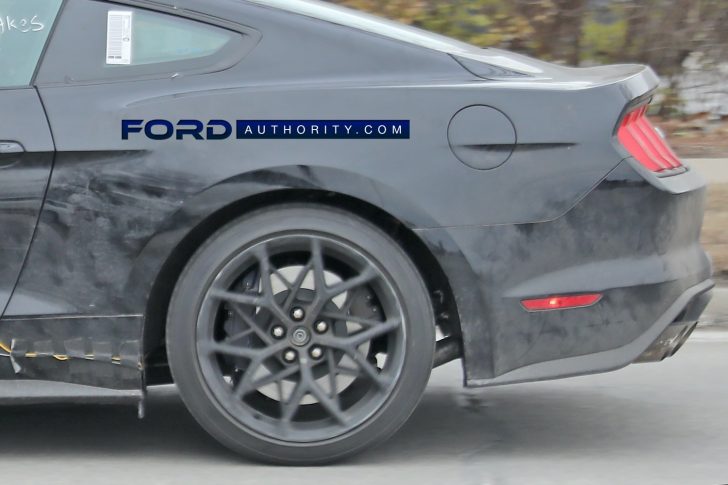 What’s particularly notable about the fact that the brake caliper is positioned on the front of the rotor instead of the rear is the fact that many existing all-wheel-drive vehicles utilize this same layout. This includes the BMW 850i, Dodge Charger, Infiniti Q60s, and various other models. 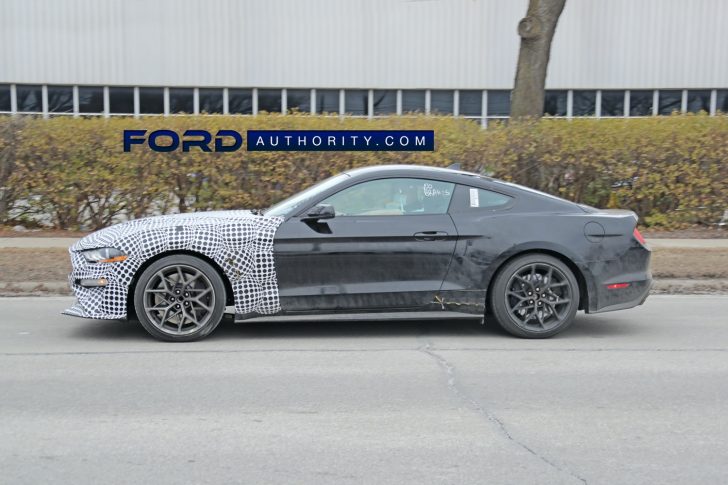 In the real world, the position of the disc brake caliper has little effect on efficiency, as long as the bleed screws are positioned at 12 o’clock. Calipers can be mounted to the rotor in the “lead” or “trail” position, which refers to their position relative to the spindle or axle centerline. 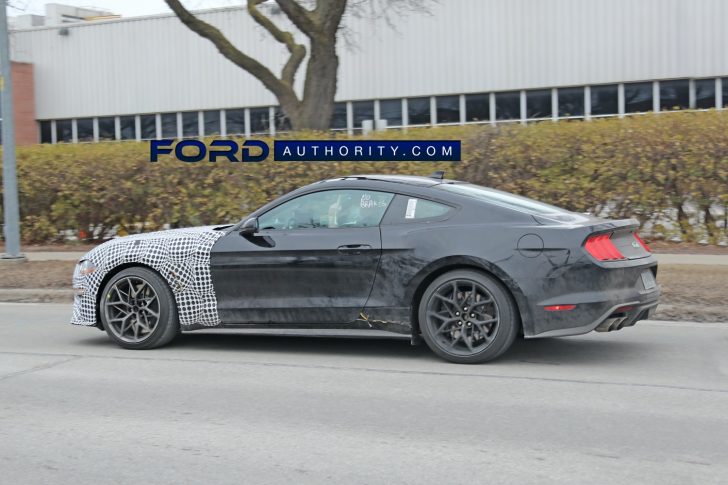 Thus, it’s all about the packing of these components – the position of the cradle, axles for all-wheel-drive systems, spindles, hubs, and struts. Rear caliper placement is typically arranged to allow the best package for all suspension arms going to the knuckle, usually the damper position. 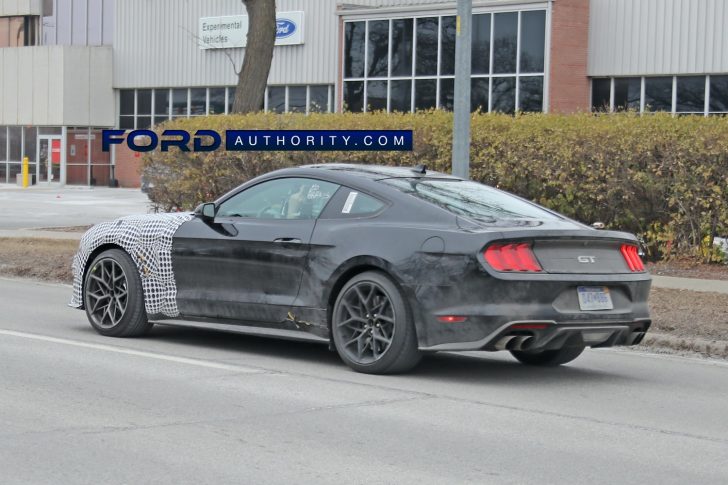 Interestingly enough, the driver didn’t appear to be too happy with us snapping some pictures of the car, however, given the one-finger salute he gave us as he drove by Ford’s Experimental Vehicles facility.

The S650 Mustang’s platform won’t be changing much from the current model, but will likely receive some improvements. As we reported last August, the next-gen Mustang is also expected to have an eight-year life cycle, which means it would run through the 2029 model year. As for the all-electric Mustang, rumors indicate that it will enter production in late 2028 for the 2029 model year, so it’ll be interesting to see how these rumors ultimately line up.