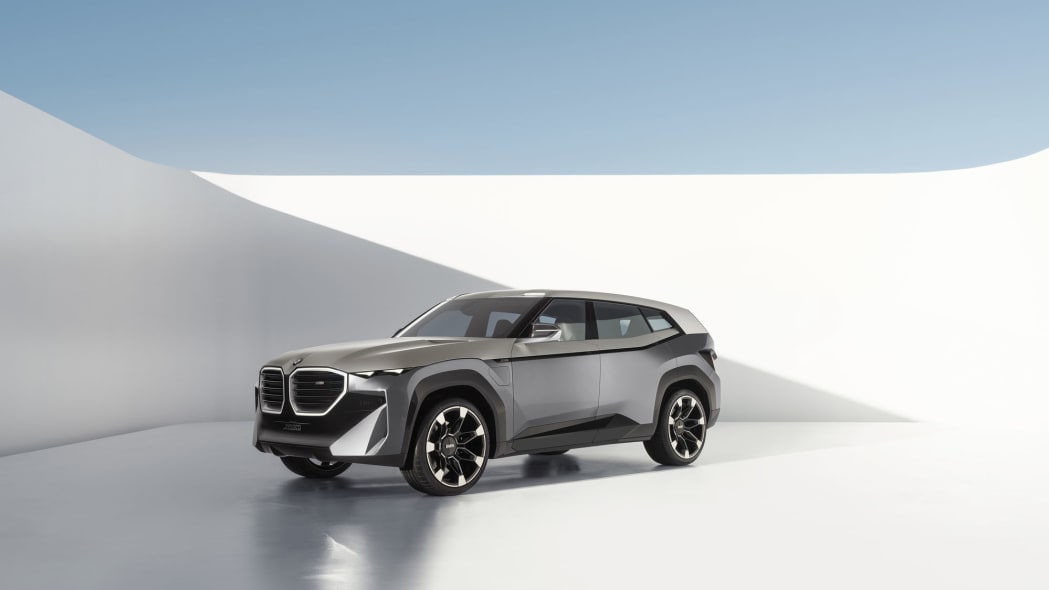 BMW M has worked its magic on numerous cars over the past 50 years but it has only developed one model from the ground up: the M1. It's about to add a second vehicle to its résumé, and it previewed the high-performance SUV by unveiling a design study named Concept XM. 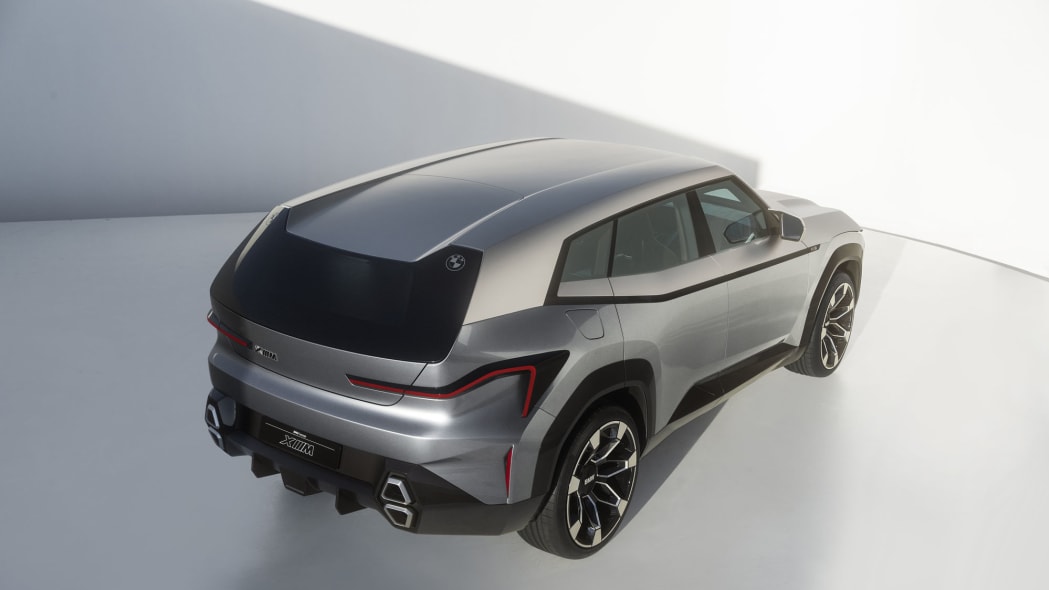 While the XM is new, we've heard rumors about it for many years. Put simply, this is BMW's long-rumored range-topping SUV, which many assumed would be called X8 or X9 to signal its flagship positioning. Visually, it falls in line with recent additions to the Munich-based company's range by adopting the controversial oversized kidney grilles, but it's not a Xerox copy of an existing model. Its headlights are split into two separate modules, which is a futuristic take on a historic design cue, and LEDs frame the grilles. The roof line peaks above the driver and gently slopes down, though it's not as swoopy as the X6, and the back end is dominated by a pair of thin LED lights that stretch well into the quarter panels. BMW roundels in the upper corners of the rear window forge a visual link between the XM and the M1.

Like it? BMW had better hope so, because the automaker stresses that the XM is, among other things, a preview of the X range's next design language.

What the cabin looks like depends on where you're sitting. If you're in the front, you're surrounded by brown leather upholstery that looks almost vintage, and you face a curved screen that's similar to the one BMW makes available in the iX and the i4. If you're in the back, however, you may as well be in a club. The rear bench is mostly upholstered in quilted velvet, and the floor mat features deep-pile carpet. 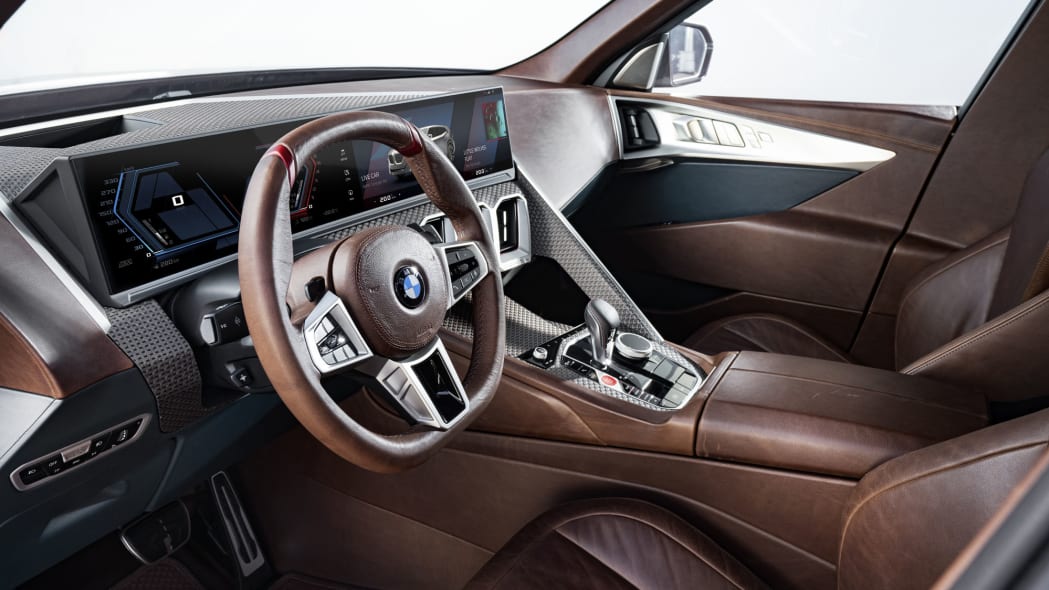 Power for the Concept XM comes from a plug-in hybrid powertrain built around a V8 engine. We don't know if it's the venerable 4.4-liter unit found in the M5, among other models, or if it's a new engine. Regardless, it works with an electric motor to develop 740 horsepower and 738 pound-feet of torque, figures that make the XM the most powerful car that M has ever put its badge on. Performance specifications haven't been announced, but the gasoline-electric system will give the big SUV the ability to travel on electricity alone for up to 30 miles.

As of writing, it sounds like the V8-electric system will be the only drivetrain available. BMW stressed that the XM will solely be available as a hybrid and that it will exclusively be offered as an M model. That means there won't be an XM550i or a base model with a straight-six engine.

The Concept XM is, as its name clearly implies, a concept, but BMW admits it will spawn a series-produced model that's scheduled to enter production in late 2022. It will be built alongside other Xs in Spartanburg, South Carolina, and it will likely go on sale as a 2023 model.

When it lands in showrooms, presumably with a six-digit price tag, the SUV won't be the first XM sold in the United States. Citroën used the name on a wedge-shaped, Bertone-designed sedan built from 1989 to 2000. The model notably had 13 windows, including one fitted to keep wind out of the cabin when the hatch was left open. And while Citroën left America in 1974, a company called CX Auto went through the trouble of importing and federalizing some of its cars for the few buyers that wanted one. It brought a tiny handful of XMs to our shores. 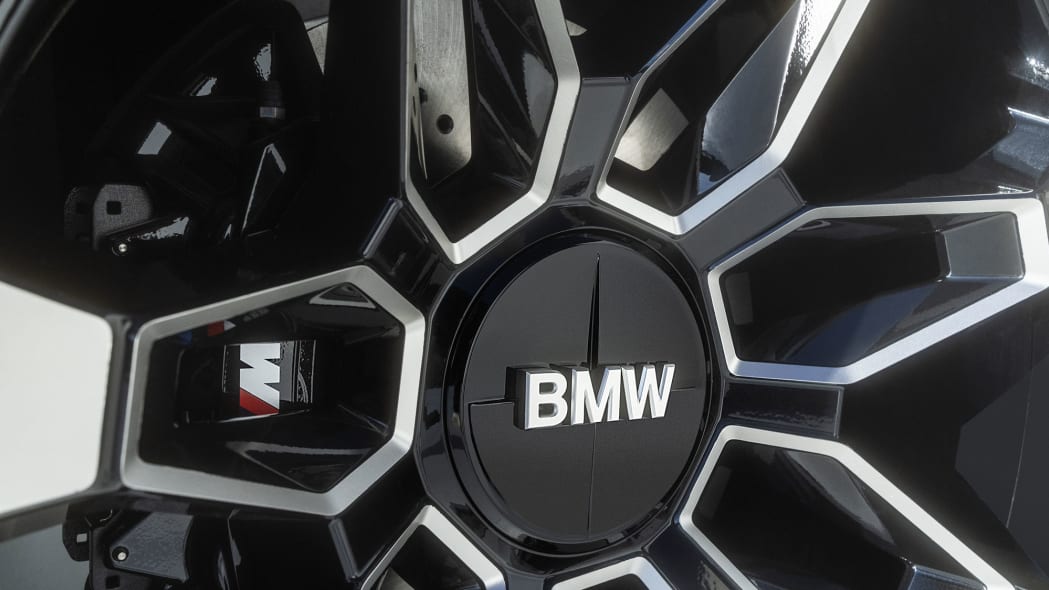