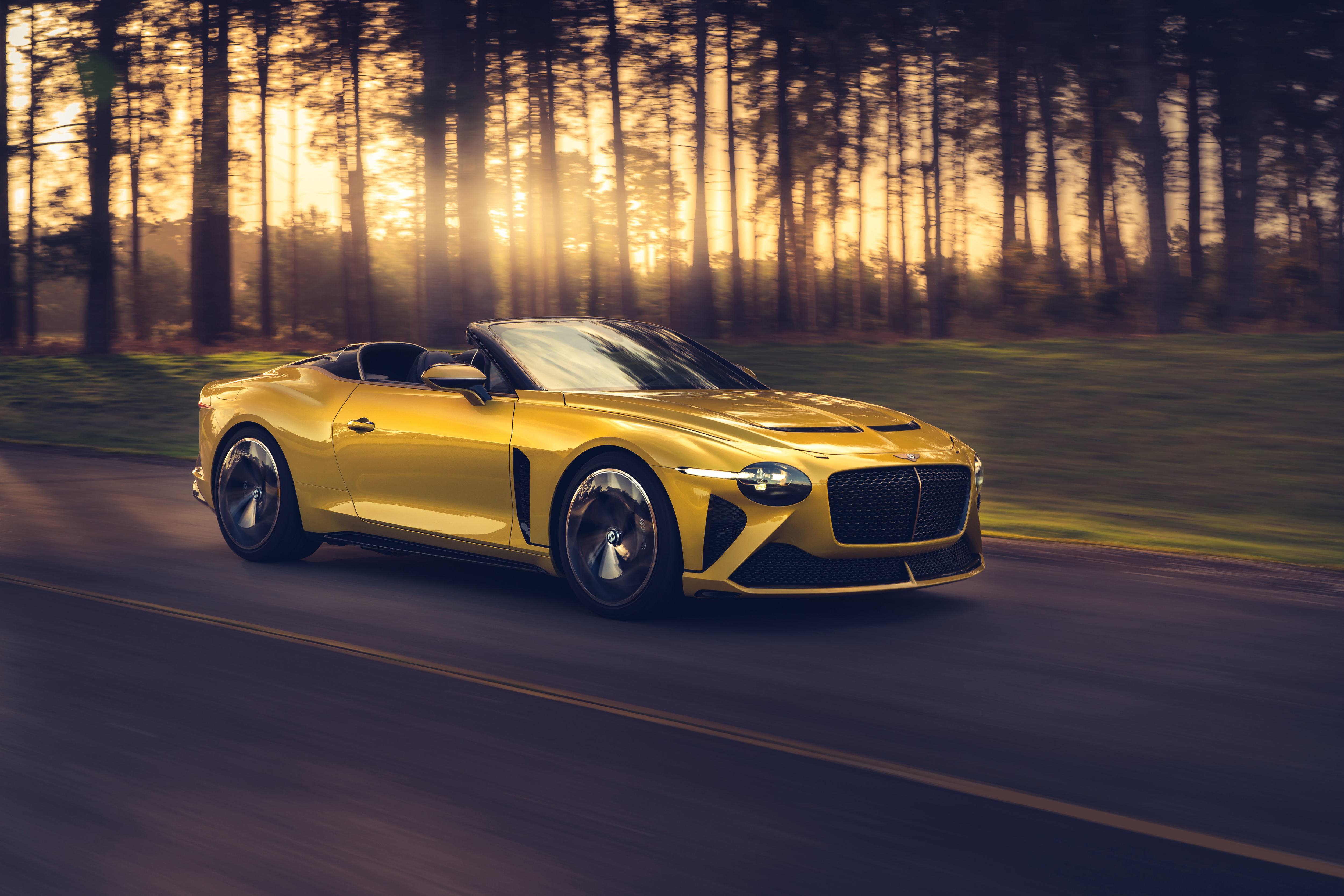 Bentley's Mulliner division cemented its status as a modern-day coachbuilder when it unveiled the Bacalar, a two-seater roadster loosely based on the Continental GT. Nearly every part that drivers will see and feel is specific to the model, including the body panels and most of the interior, yet the company created it in just nine months.

Mulliner has worked on many one- and few-off models in the past, it notably turned the stately Mulsanne into a six-seater limousine in 2016, but the Bacalar (pictured) takes customization to an entirely new level. Repeated requests from its most loyal clients convinced Bentley to expand the scope of its coachbuilding division. 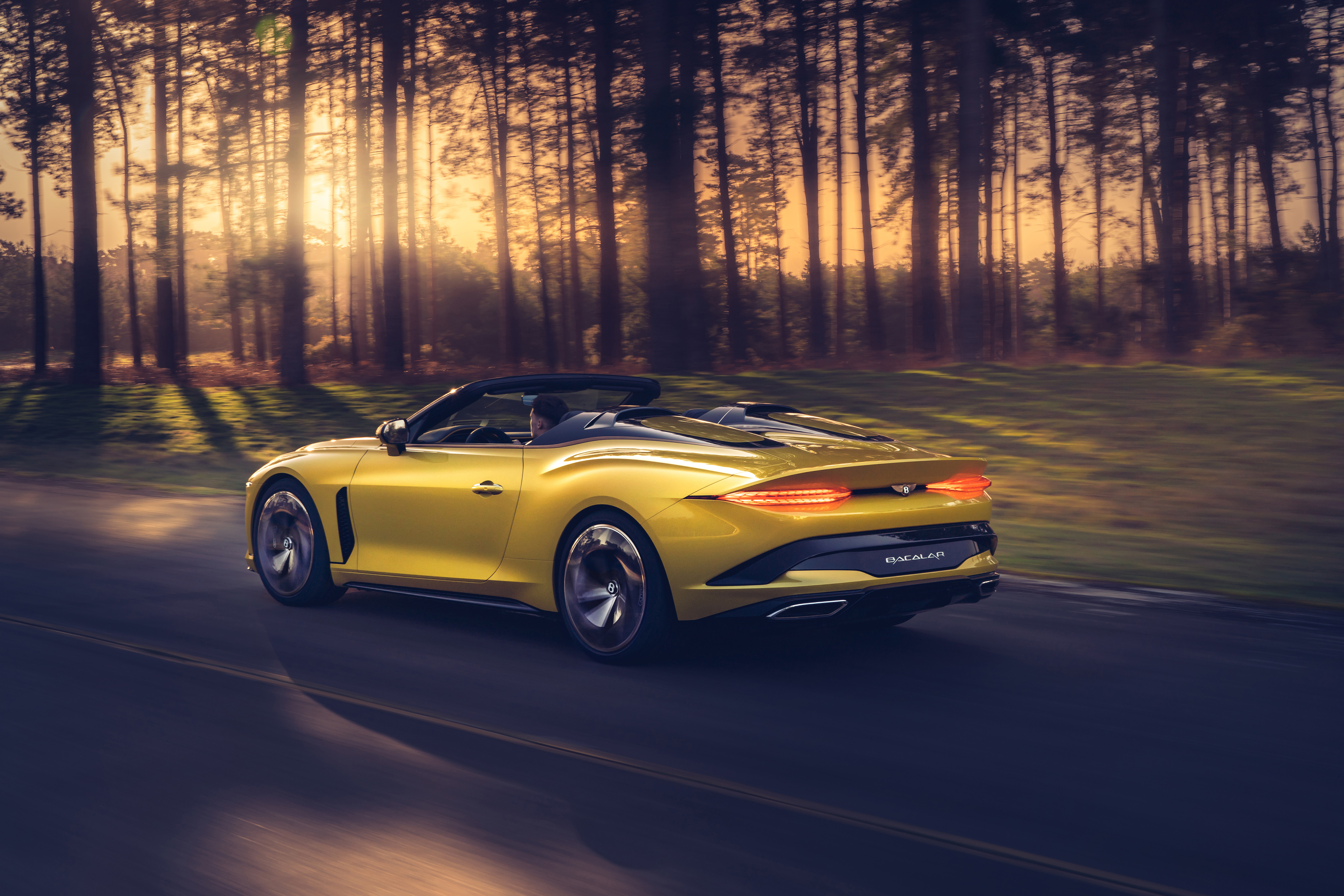 "We felt a strong demand from our high-end customers. They asked again and again, 'can you do something very special?' They weren't talking about one of a hundred, but one of 10 or even one of one," explained Stefan Sielaff, the company's lead designer, in an interview with Autoblog.

He added the Bacalar project started shortly after Bentley introduced the EXP 100 GT in 2019 to celebrate its 100th birthday. This explains some of the visual parallels between the two cars. While the concept was electric, the sold-out production model receives a mighty, 650-horsepower W12 engine because Bentley couldn't create a suitable battery-powered drivetrain in the short amount of time it had to make the roadster a reality. 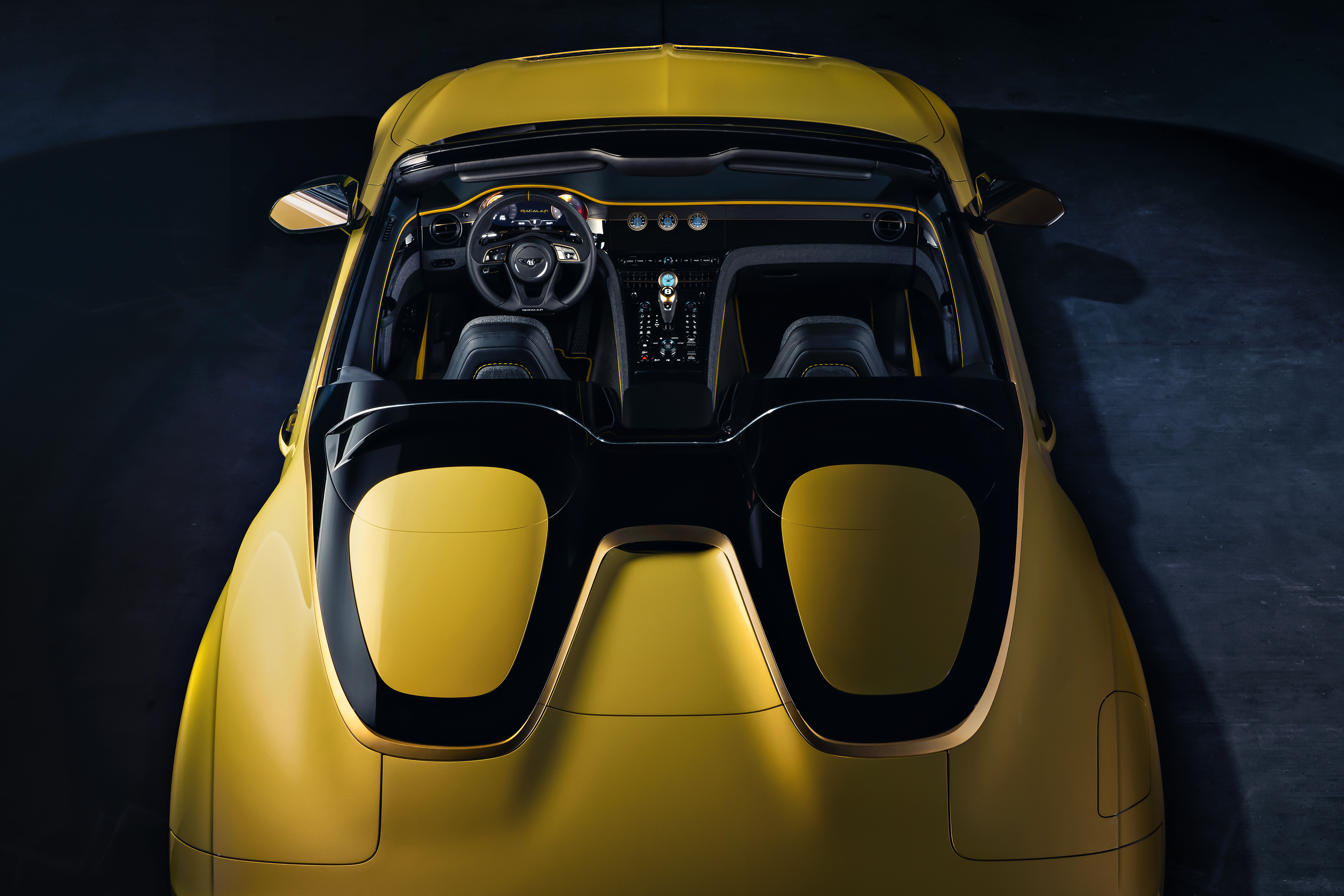 Sielaff stressed the effort his team put into making the Bacalar in nine months shouldn't be underestimated.

"We had to make sure the car was road-legal, homologated, and certified. The car you would have seen at the Geneva auto show is literally what the customer will get. It's not a crazy show car. The only difference will be the colors and the materials, because we will work with each customer to make an individual statement," he said. In the United States, the Bacalar will be imported under the Show and Display law, like the McLaren Speedtail.

The expedited design process meant the 12 future Bacalar owners signed the dotted line after seeing only digital renderings of the car. They weren't shown the final product until much later. Their enthusiasm is encouraging; it tells Sielaff there's a tremendous appetite for one- and few-off Bentley models among wealthy clients. And, while nine months isn't much, Sielaff admitted a year would have been better, it was enough time for Mulliner's team of stylists to incorporate numerous details that make the Bacalar feel like more than a two-seat Continental GT. 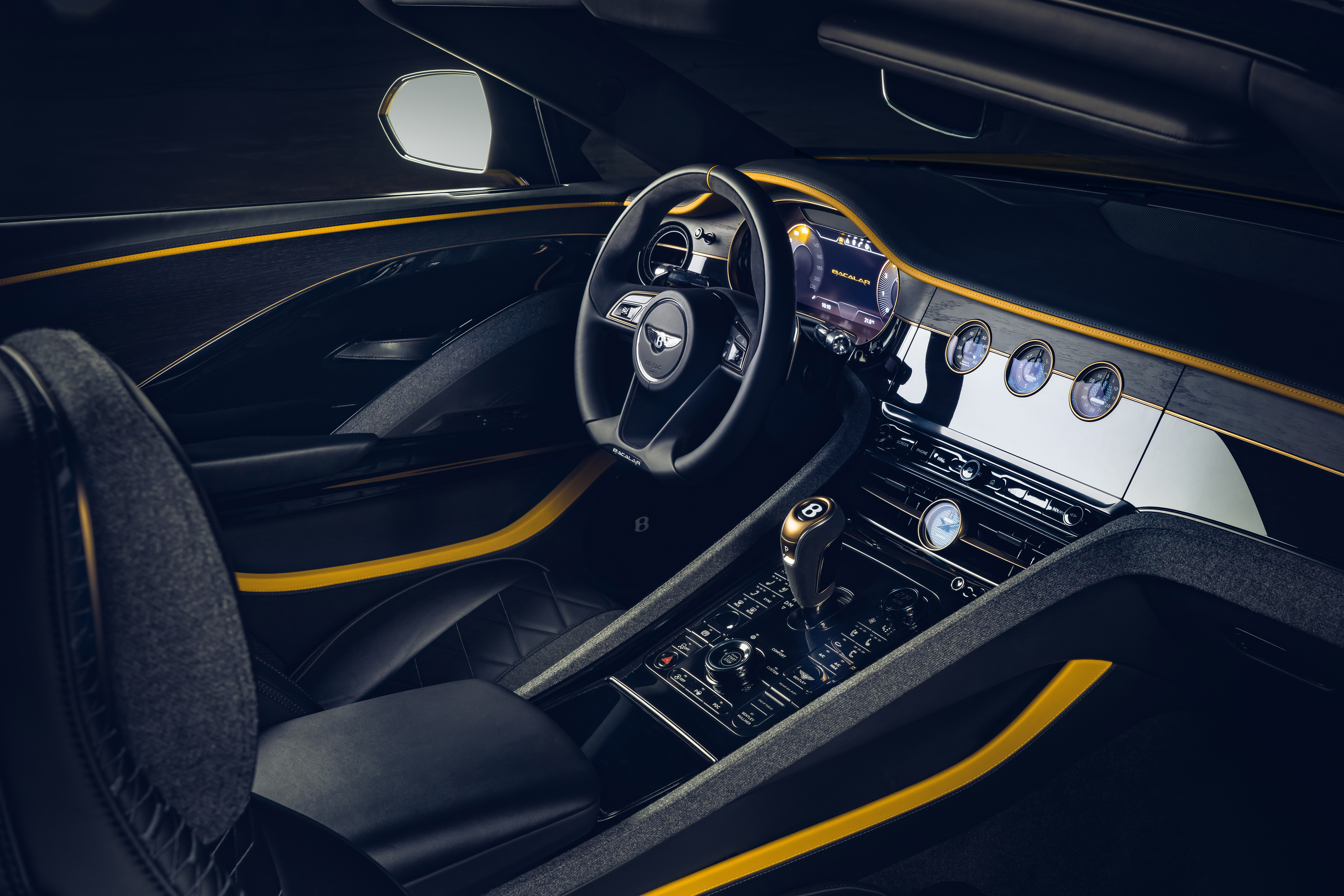 "We used this lacquered, open-pore river wood in the car. It's buried for more than 5,000 years before it's picked out from the moors. 5,000 years ago we were in the Bronze Age, so this inspired us to put bronze trim on the Bacalar instead of chrome. Of course, some customers might ask for a completely different configuration, like chrome or black trim, for example," Sielaff told us. With that said, the first buyer requested the bronze trim.

Mulliner will continue making coachbuilt Bentley models, though it's too early to tell what's next. That's partly because the company's future projects will largely depend on the requests it gets from clients. It's willing to look into any and all proposals, including body styles Bentley has never experimented with before. In other words, this is your chance to get the Flying Spur shooting brake you've been dreaming about for years. Asked if, hypothetically, Mulliner would build me a Mulsanne Speed capable of winning the Dakar Rally, Sielaff said yes. 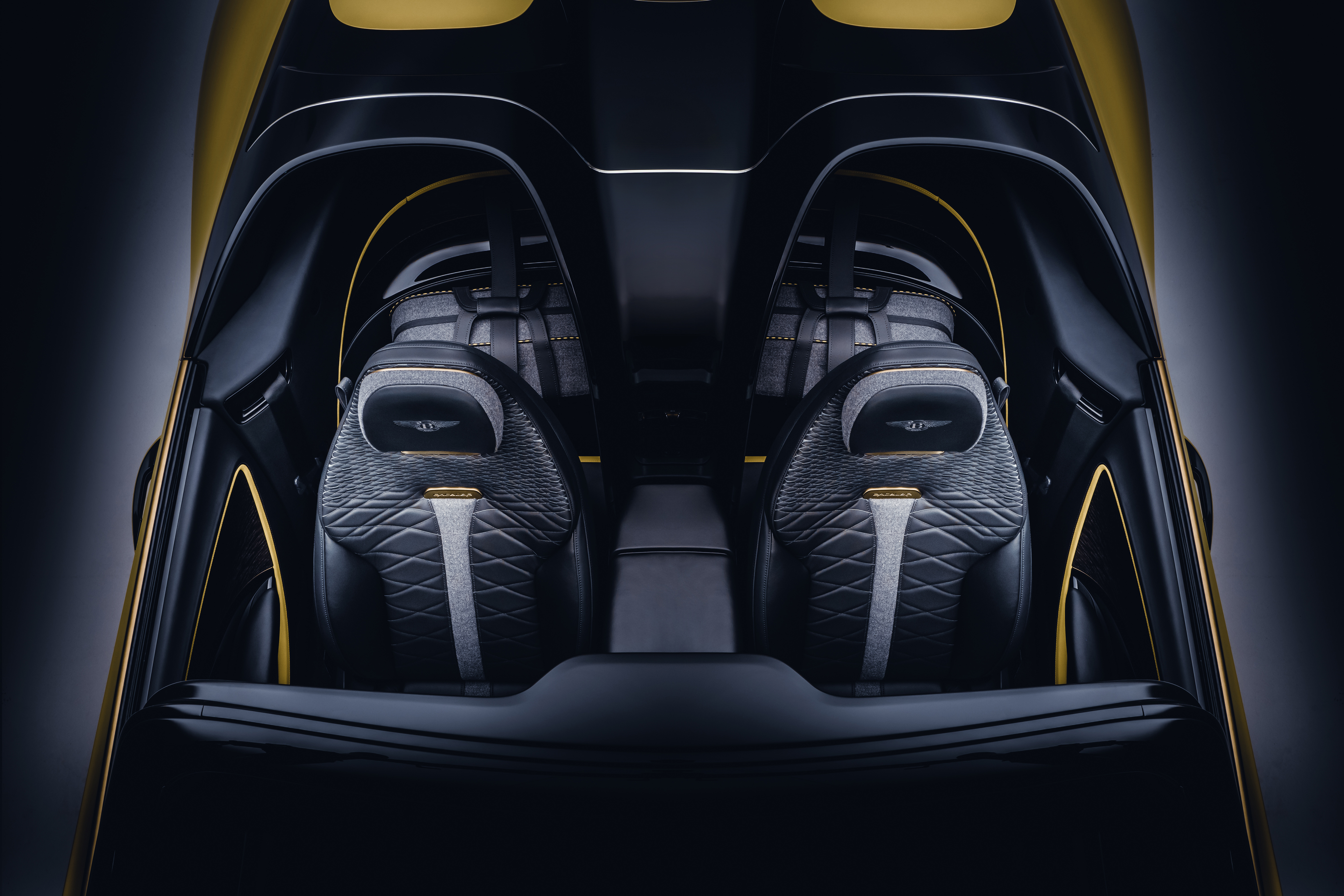 "It always has to be evaluated. We need to look at what the customer wants, what the budget is, and what our capacities are, but generally speaking that is the idea. We want to tailor-fit a one-off for a customer who wants to go for it," he affirmed. Budget is the key word here, and personalized requests are never cheap. Bentley hasn't revealed pricing, but insiders suggest each Bacalar costs $2 million before options enter the equation.