The Chevy Blazer nameplate is poised to receive a brand-new, all-electric iteration for the 2024 model year, and now, GM Authority’s spy photographers have caught not one, but two Chevy Blazer EV prototypes out testing on public roads. 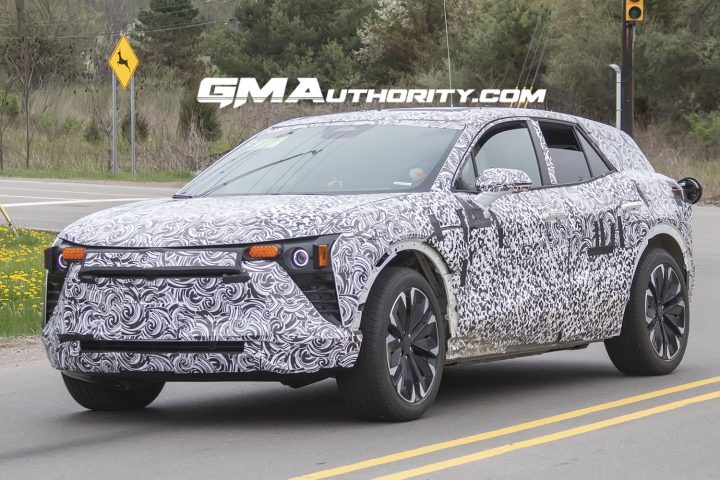 This isn’t the first time we’ve spotted prototypes of the 2024 Chevy Blazer EV out testing in public. As before, these prototypes are covered in heavy camouflage to disguise the features and styling hidden underneath, although it should be mentioned that General Motors did previously release a teaser showing off the upcoming Chevy Blazer SS, a performance variant of the Blazer EV set to take on the Ford Mustang Mach-E.

As before, these 2024 Chevy Blazer EV prototypes incorporate a good deal of tape around the driver’s side front fender, which appears to be applied to the charging door previewed in the teaser mentioned above. 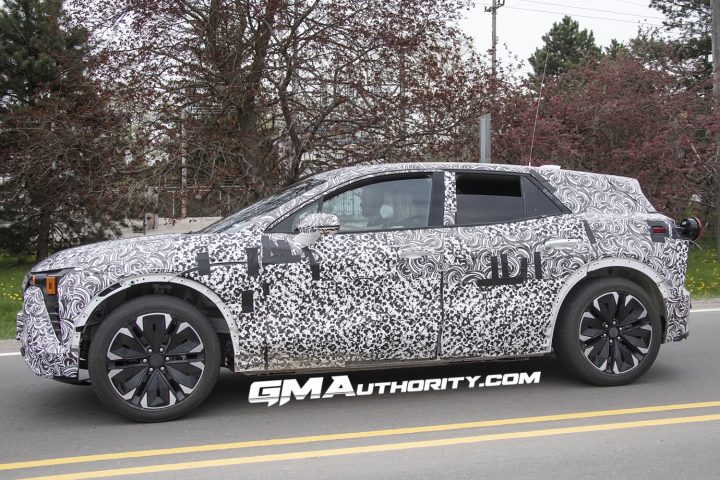 The front end of these prototypes are also quite noteworthy, with placeholder lighting elements and black surrounds dominating the fascia. The front intake elements are very small, indicating the models’ streamlined, aero-focused design.

As for the running gear, the two-tone wheels are also quite familiar, with the same geometric design and closed-off appearance as the prototype models spied previously. Sizing for the rollers is set at a rather substantial 21 inches in diameter, with 275/45R21 Michelin tires providing the stick. 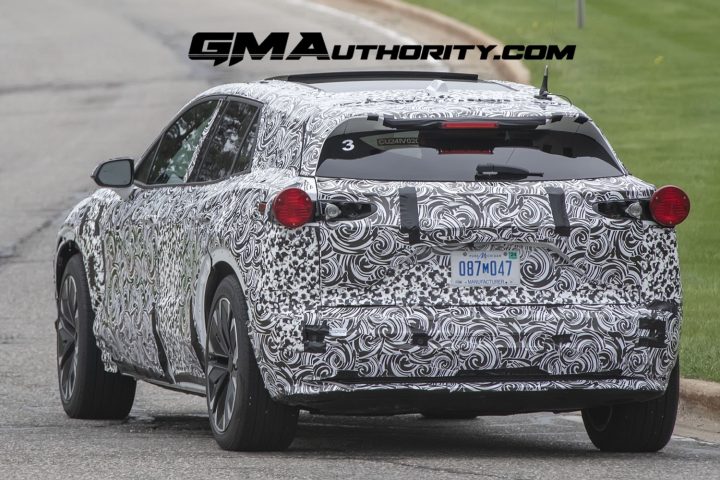 Placeholder lighting is also in the rear. Although this latest batch of spy photos does not show the interior, we know from previous spy photos that the 2024 Chevy Blazer EV cabin will incorporate both a digital infotainment screen on the center stock, as well as a digital instrument panel display behind the steering wheel, possibly with a design similar to that of the 2024 Chevy Silverado EV. Other Silverado EV bits include a rotary dial infotainment control screen and column-mounted gear selector. 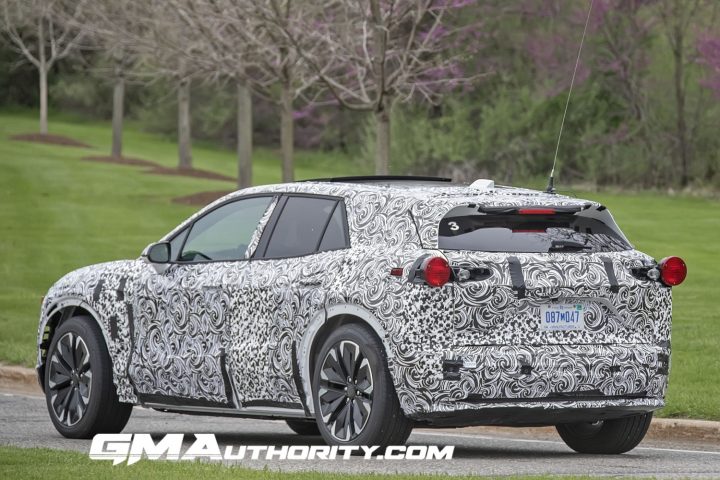 As GM Authority covered previously, the upcoming Chevy Blazer EV SS will be the first all-electric Chevy model to wear the legendary SS badge. GM Ultium battery tech and GM Ultium drive motor tech will provide the motivation. Look for the new all-electric Blazer to debut later this year, launching in the Spring of 2023.