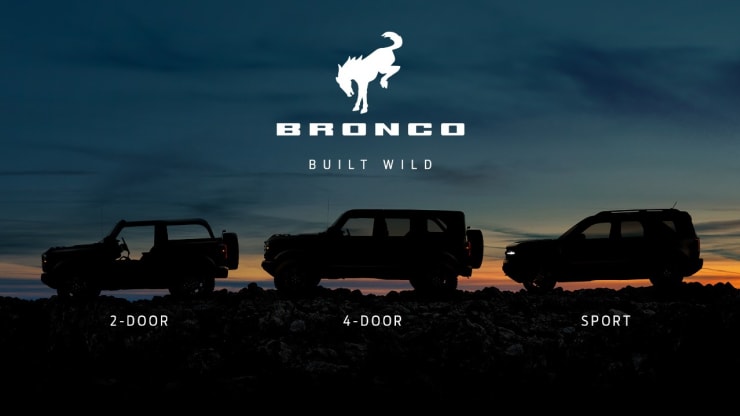 Ford released a teaser image of its new “family” of Bronco SUVs on July 6, 2020 -- a week ahead of when the vehicle’s are expected to debut. Ford

Ford Motor expects the relaunch of its iconic Bronco SUV to boost both U.S. sales and profits, building off its cult following to attract new off-road buyers from the likes of Fiat Chrysler’s Jeep brand.

Ford is debuting its new “family” of vehicles, which will include two- and four-door Bronco SUVs as well as a smaller Bronco Sport SUV, on Monday. There’s a lot of buzz around Ford’s resurrection of the Bronco, a two-door SUV that developed a strong fan base after it was discontinued in 1996.

“Combined there will be very substantial volume for the family of Broncos,” Kumar Galhotra, Ford president of the Americas & International Markets Group, told CNBC. “It’s such an emotional product and we see a lot of value in that brand. That should in turn create significant value for the company.”

Ford expects the new Broncos will be profitable, although Galhotra declined to discuss any more details. The automaker projects it will sell hundreds of thousands of new Broncos a year, putting the three new SUVs among Ford’s top-selling vehicles in the U.S., Galhotra said.

The Bronco Sport is expected to begin arriving in dealerships by the end of this year, followed by the two- and four-door Broncos next spring.

Using the Bronco name on several vehicles is part of a larger plan by Ford CEO Jim Hackett to leverage the company’s most recognized and iconic names to assist in an $11 billion restructuring of the automaker.

Shares of the automaker are down about 40% in the past year. Wall Street analysts have criticized Hackett’s lack of transparency and slow execution of his new strategy.

“They’re going to add substantial volume to the company and they’re going to be growth volume because none of the vehicles exist today,” Galhotra said. “It is a net-add to the portfolio, net-add to volume and profitable volume.”

Ford’s playbook for the Bronco family is to expand the reach of the previous two-door SUV with the new four-door model as well as the Bronco Sport, which will be built on a different vehicle platform than the other new versions. 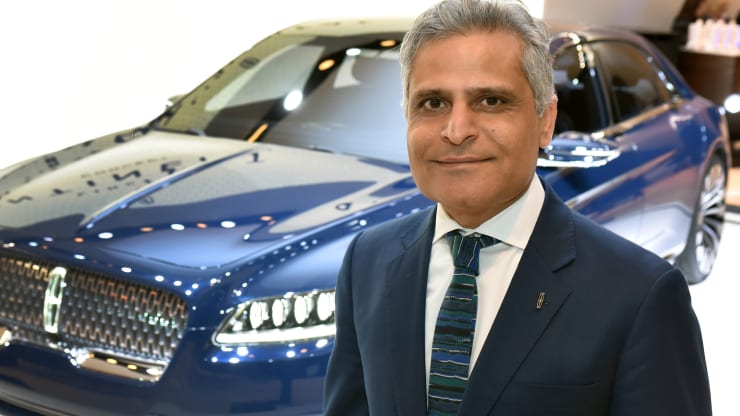 Kumar Galhotra is president of the Americas and International Markets Group for Ford Motor. Ford

“We have a very significant accessorization program that we’re going to launch with the vehicle,” he said. “We’re going to give them tons of opportunities to, not just accessorize, but personalize several attributes of the vehicle.”

Off-road enthusiasts, led by Jeep owners, are well-known for spending thousands of dollars to customize and accessorize their products. While such things would traditionally be done by third parties in the aftermarket industry, automakers have been attempting to cash-in on the nearly $46 billion segment by offering their own factory- and dealer-installed products.

Galhotra said the company expects a “very large part” of Bronco buyers to be new to the Ford brand. To assist in staying connected with new customers, Ford has launched “Bronco Nation,” an independent online community that will allow Bronco owners and enthusiasts to share information, photos and events. It will also offer official apparel, according to the company. 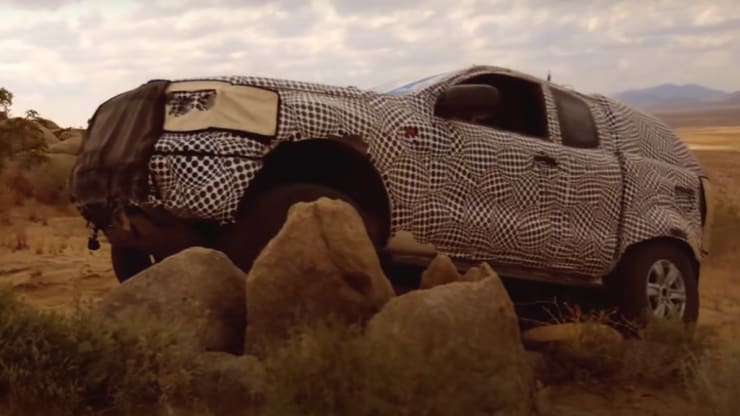 Ford released a video of a prototype of the new Bronco SUV off-road testing in January. Ford

Ford said Monday it also plans to launch four “Off-Roadeo outdoor adventure playgrounds” in the U.S. that will allow owners and enthusiasts to test the new Bronco lineup in challenging terrain. They are expected to begin in four undisclosed cities next year.

“We want to make sure that when we relaunch this brand again … we wanted to do it in a big way,” said Dave Pericak, Ford’s director of icon vehicles. “To have all three of these vehicles available at the same time, we just feel is going to be the right approach to establish this brand early, and making an impact and letting everyone know that we’re serious about this space.”

That seriousness is partially what took the Bronco so long to come to market, according to Ford executives. They wanted to ensure the vehicles lived up to their namesake but also offered new technologies to attract new buyers.

“You don’t take something like the Bronco and rush it,” Pericak said. “You have to make sure you do it the way.”

Customers have been waiting years for the Bronco to return. Ford first confirmed the resurrection of the Bronco in January 2017. 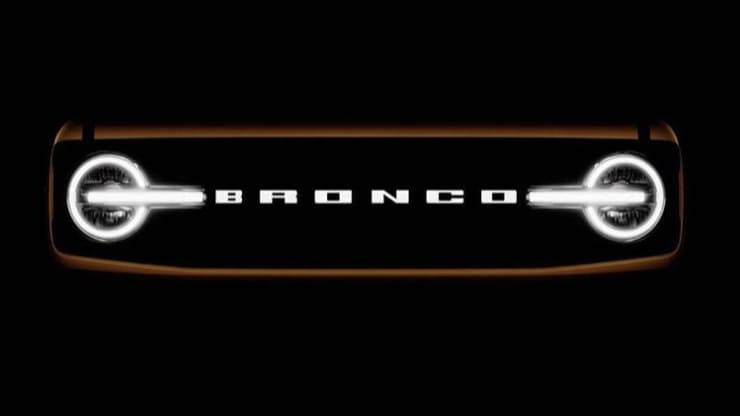 Ford recently teased this image of the front of its new Ford Bronco on social media ahead of the vehicle’s debut. Ford

Pericak described the new Bronco as “unmistakably a Bronco” but with features and material that are “very modern and progressive.” Regarding the Bronco Sport, he said it wouldn’t bear the Bronco name if it didn’t live up to a customer’s off-road expectations.

“It’s going to amaze a lot of people,” Pericak said. “They’re going to be shocked at how good it actually is.”