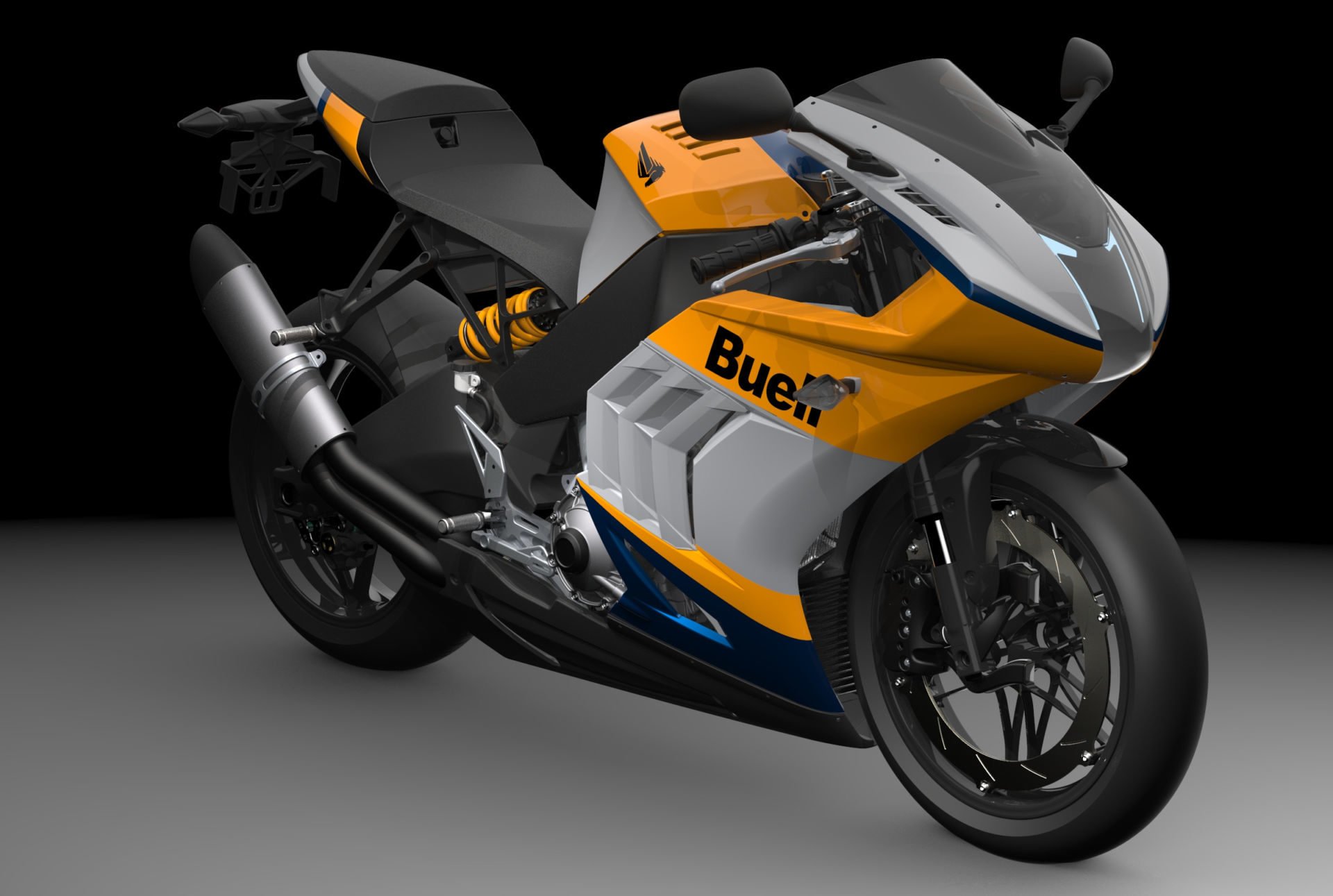 The Buell Motorcycle brand is coming back strong in 2021 with plans to have 10 different American-made motorcycle models by 2024, according to a press release from the revived company.

EBR (Erik Buell Racing) Motorcycles, the company started by Erik Buell in 2010, has acquired the Buell brand name and trademarks and is moving forward with aggressive plans under the leadership of CEO Bill Melvin.

“It’s a very exciting day,” Melvin exclusively told Roadracingworld.com Thursday. “It’s been a lot of work with a lot of people, and now the real work starts.” 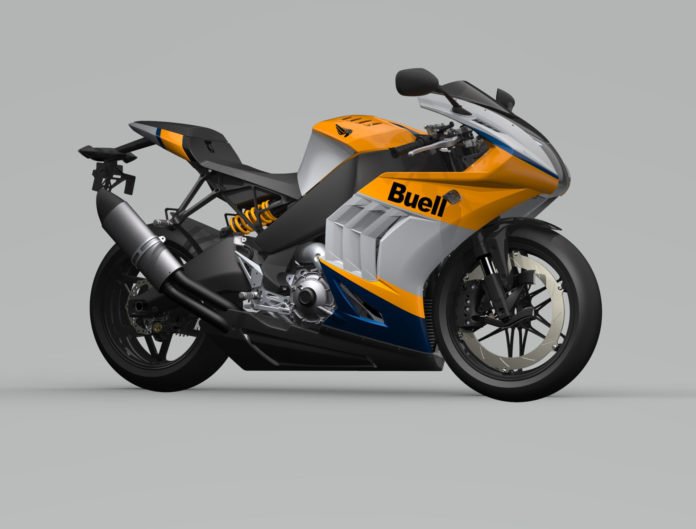 If a lot of this sounds very familiar and very confusing at the same time, it’s understandable.

Erik Buell started out as a privateer road racer who went to work as an engineer for Harley-Davidson. Buell then went out on his own and started Buell Motorcycle Company, which built sportbikes using Harley-Davidson engines and many of Buell’s unique engineering ideas.

Over time, Harley-Davidson invested in Buell Motorcycle Company and eventually bought a 100% ownership stake, keeping Buell on as Chief Technical Officer and front man for the company.

Erik Buell rebounded by starting Erik Buell Racing (EBR), which built and sold race-only motorcycles and the parts to support them. EBR eventually grew to where it was producing its own streetbikes with the 1190 RS and 1190 RX sportbikes leading its limited lineup.

EBR took its 1190 RX racing in AMA Pro Superbike and the FIM Superbike World Championship. Hero, an Indian motorcycle manufacturer that was contracting EBR to do motorcycle engineering work for it, came on as a sponsor of the EBR race team and eventually bought a minority ownership stake in EBR.

Financial problems related to Hero not making its payments, however, led EBR to go into receivership and the company shut down in 2015. 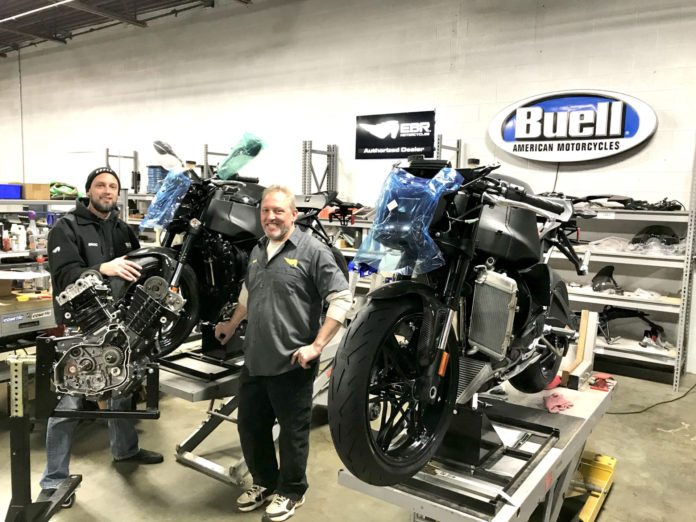 Now, EBR has acquired the Buell brand name and trademark and is setting out on an aggressive plan to develop and market a lineup of Buell motorcycles including sportbikes, dual-sports, and adventure tourers plus cruisers, dirt bikes, and electric motorcycles.

“We start with the fastest American production motorcycles, hand-built in the USA, so that’s a nice start!” said Melvin. “We’re building out those platforms for more touring and adventure models, then we’re expanding our [engine] displacements to be competitive with other global brands. The passionate Buell Nation can grow and thrive again.”

Erik Buell will not have a role in the new company, according to Melvin, because Erik Buell is currently involved with the electric motorcycle and bicycle company Fuell.

“At the end of the day, it’s just a brand name,” Erik Buell posted on his personal Facebook page. “At one time it stood for innovation, but it was parked by H-D for 12 years. Time will tell what becomes of it next.” 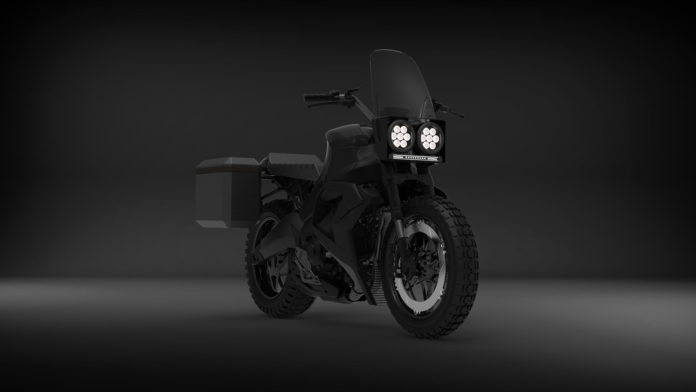 Buell Motorcycle will have motorcycles on display at the J&P Cycles Destination Daytona Mega Store in Daytona Beach, Florida, during Bike Week 2021.

For more information, go to www.BuellMotorcycle.com. 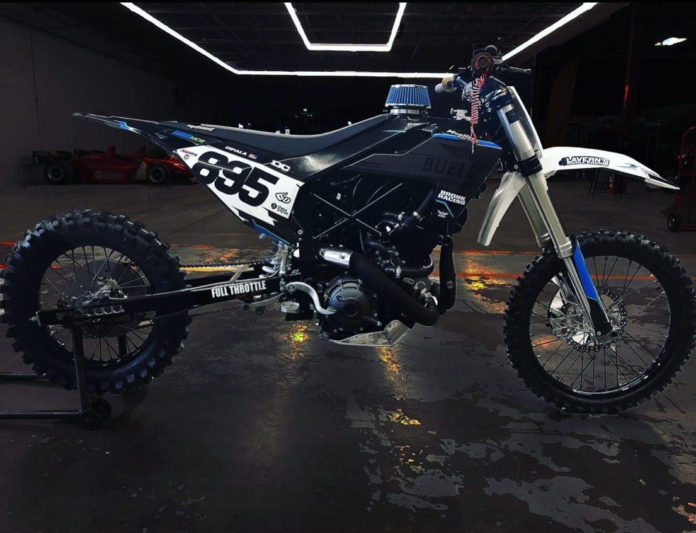 2020 AMA Hillclimb Premier class Champion Logan Cipalla’s Buell 1190HCR, which will be produced in collaboration with Cipalla Racing and sold by Buell Motorcycle. It will also be the basis of new off-road Buell models. Photo courtesy Buell Motorcycle.

More, from a press release issued by Buell Motorcycle:

Buell Motorcycles are back in production in America.

Grand Rapids, MI – Buell Motorcycles is back in production in America. The new Buell® Motorcycles will launch 10 performance models by the 2024 model year. The exciting models will be representative of the superbike performance and handling expected of the legendary Buell brand. Exciting times ahead for fans of American Motorcycles.

“Buell is back!” said Bill Melvin, CEO. “We are excited to bring Buell back with this awesome assortment of superbikes and performance motorcycles. We start with the fastest American production motorcycles, hand built in the USA, so that’s a nice start! We’re building out those platforms for more touring & adventure models, then we’re expanding our displacements to be competitive with other global brands. The passionate Buell Nation can grow and thrive again.”

Buell Motorcycle upcoming models will include variants for dirt, dual-sport, touring, and cruisers while expanding the line up to include medium and small displacement motors. Buell is also in the initial exploration phases for a high-performance Electric model and is open to collaboration ideas with other companies. The models currently in production are built by hand in Grand Rapids, Michigan and based on the high-performance 1190 platform, known for the innovation of Fuel in Frame, Perimeter Brake Rotor, exceptional handling, and high horsepower.

“Buell is known as the American brand for high performance, innovation, & adventure. Fast is fun again on a Buell. We will continue and expand on that,” said Melvin. “We have already launched a dirt bike with Cipala Racing that won an AMA Championship and Buell will be dominating at NHRA this year. Follow us Facebook and Instagram where we’ll showcase passionate fans, new developments, as well as racers and riders having fun on a Buell. The future will be fast and fun on a Buell.”

EBR Motorcycles acquired the Buell brand in early 2020 and began developments to bring Buell back. Buell will be present at Daytona Bike Week 2021 at J&P Cycles Destination Daytona Mega Store. Visit the Buell booth for gear, to view current models, and learn about the developments of the fast and fun American Motorcycle brand.

Buell is back and racing to the future!