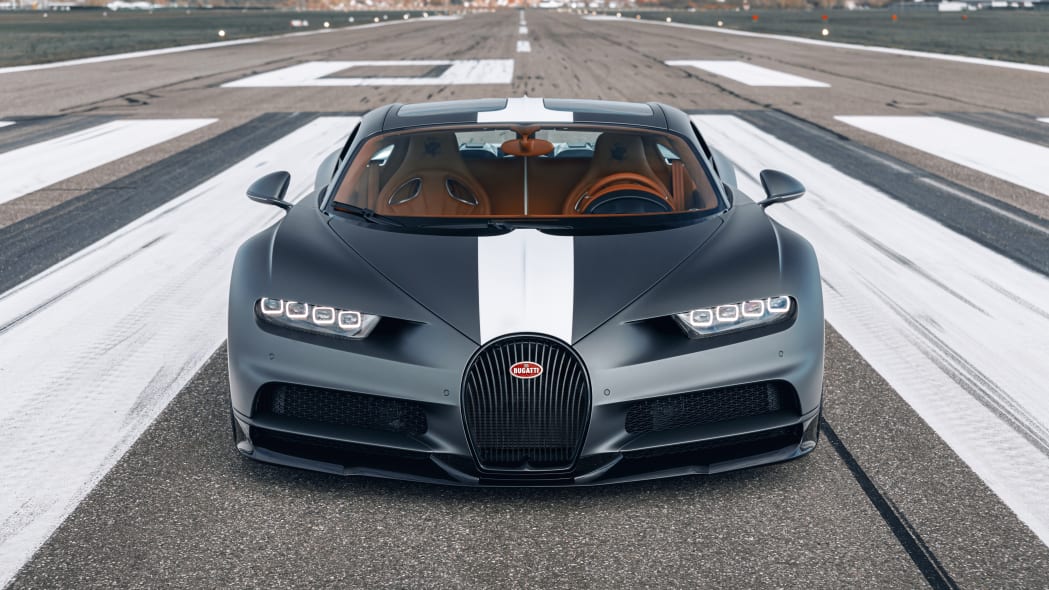 Its design details will please car and plane buffs alike

Bugatti is highlighting the little-known link between some of its earliest race cars and aviation with a limited-edition variant of the Chiron Sport named Les Légendes du Ciel. Although it doesn't gain wings and an air-cooled radial engine, the model features several design tweaks made to catch the eye of vintage car and airplane buffs alike.

"Many successful Bugatti racing drivers, such as Albert Divo, Robert Benoist and Bartolomeo ‘Meo’ Costantini, flew for the French Air Force. It is therefore almost an obligation for us today to pay tribute to the legends of that time and dedicate a special edition to them," explained company boss Stephan Winkelmann in a statement. 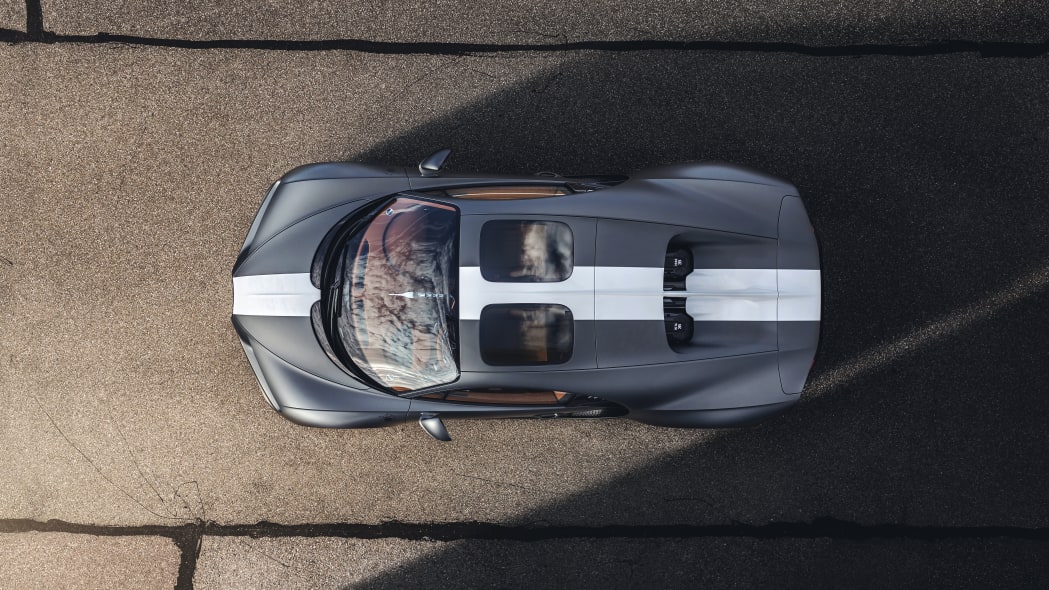 Starting with a Chiron Sport, stylists painted the body in a specific shade called Gris Serpent (which means "snake gray" in French) that's inspired by the color of some of the planes that flew during the 1920s. For contrast, they added a white stripe that stretches from the grille to the rear wing, and they painted the front part of each rocket panel blue, white and red. Exposed carbon fiber accents add a finishing touch to the overall design.

Look closely at the front end, and you'll notice another edition-specific touch. Instead of mesh, the grille's insert is made with laser-cut strips of aluminum arranged to look like a group of planes flying in a formation. 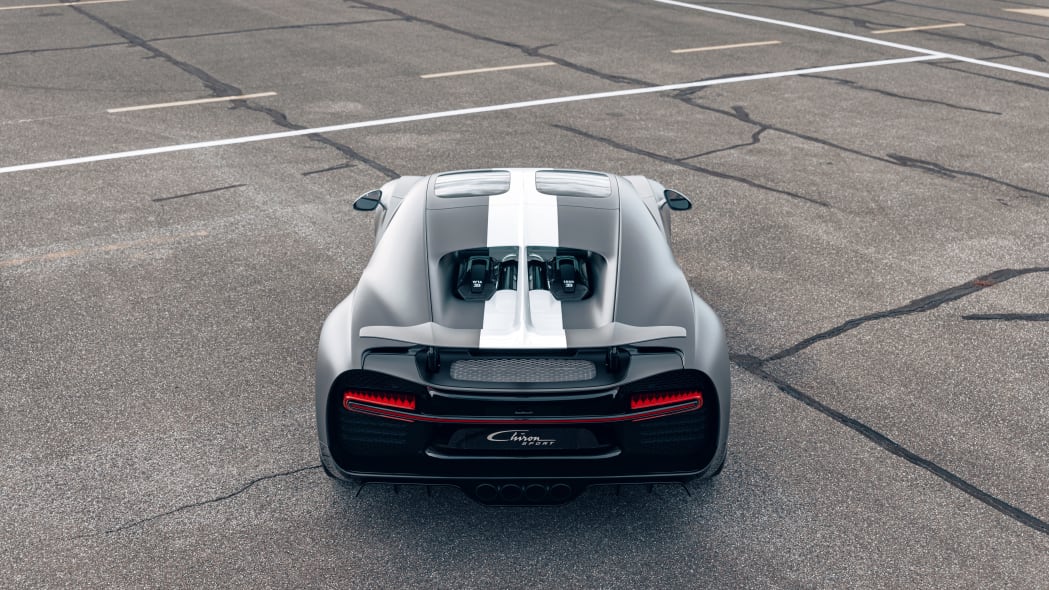 Brown leather upholstery dominates the cabin, and aluminum trim pieces create another visual link between the Les Légendes du Ciel and planes built over a century ago. Each door panel gains a hand-sketched image showing a Bugatti Type 13 racing against a Nieuport 17 biplane. Released in 1910, the Type 13 was the first car to wear the Bugatti name. Launched in 1916, the 17 was a single-seater appreciated for its speed and reliability.

Power for the Les Légendes du Ciel comes from a quad-turbocharged 8.0-liter W16 engine, which produces 1,500 horsepower and 1,180 pound-feet of torque. It spins the four wheels via a seven-speed dual-clutch automatic transmission linked to steering wheel-mounted shift paddles, and it sends the Chiron to a top speed that's electronically limited to 261 mph. In other words, it's faster than some of the planes it pays tribute to. 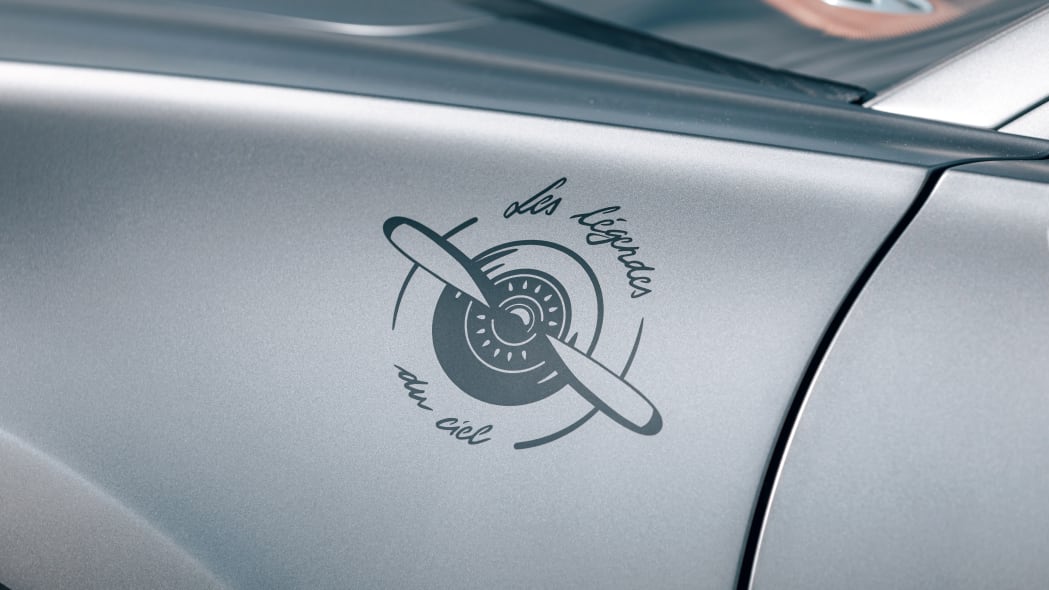 Bugatti will make 20 units of the Chiron Sport Les Légendes du Ciel, and pricing starts at 2.88 million euros, a figure that represents $3.41 million at the current conversion rate. It sounds like build slots are still available. 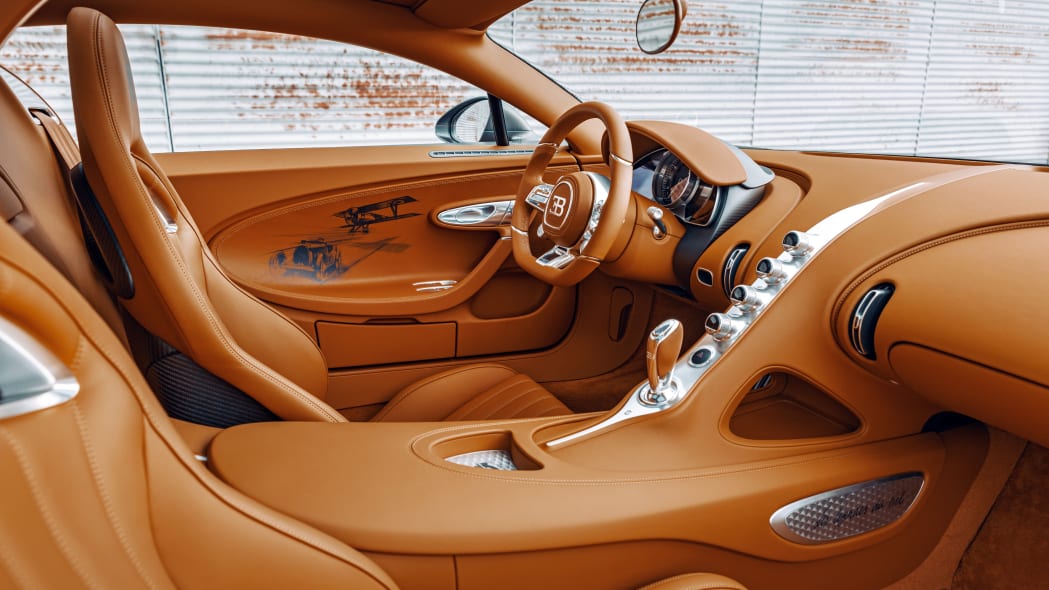