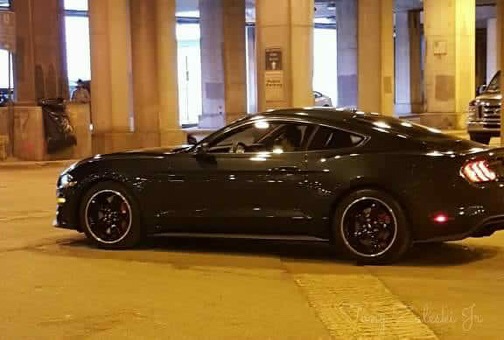 It has been nearly a decade since the last Bullitt edition of the Ford Mustang. Inspired by the classic Mustang fastback driven by Steve McQueen’s character, Frank Bullitt, in the 1968 film Bullitt, the limited-production Mustang sported a spoiler-free trunk, retro five-spoke wheels, and a mostly badge-free body. Naturally, we were enamored with the model, even if the 2008 Mustang Bullitt edition’s 315-hp 4.6-liter V-8 engine lacked the oomph to overtake the Dodge Challenger SRT8 and its 425-hp 6.1-liter V-8 engine in our July 2008 comparison test.

Now the wait for a new Mustang Bullitt edition appears to be over. After he spotted it on the streets of Chicago, Tony Zaleski, Jr., a member of the Chicagoland Petrolheads and Car Spotters Facebook group, posted images showing a Highland Green Mustang puttering about Lower Wacker Drive during a photo shoot. While the images don’t show tons of detail, they do reveal that the model sports the 2018 Mustang’s updated body panels and that the Bullitt once again will be equipped with a special crosshair badge at the rear, will sport a trunk without a rear wing, and will come equipped with a set of retro-chic five-spoke wheels. Other noteworthy findings on the captured model include big brake discs clamped by red Brembo calipers, black exhaust tips, and debadged front fenders.

As in past Bullitt Mustangs, we expect the car to do without fog lights and the iconic running-pony emblem while being offered solely with the 5.0-liter V-8 engine found in the Mustang GT. Expect a few additional horses to be added to the burly bent-eight’s stable, giving the Bullitt a slight power advantage over the 460-hp Mustang GT.

Given that Ford opted to shoot the car in Chicago, we’d wager that the latest Mustang Bullitt will formally be unveiled by the Blue Oval at the 2018 Chicago auto show in February. 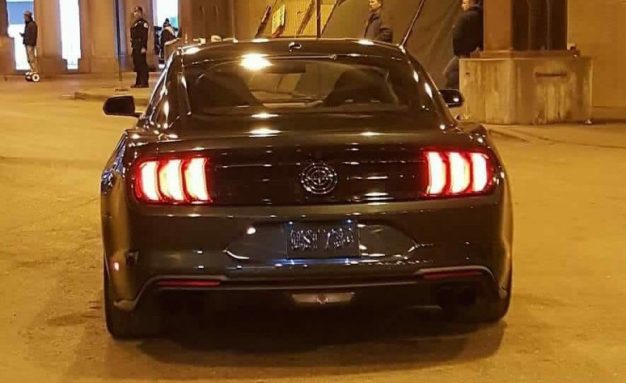