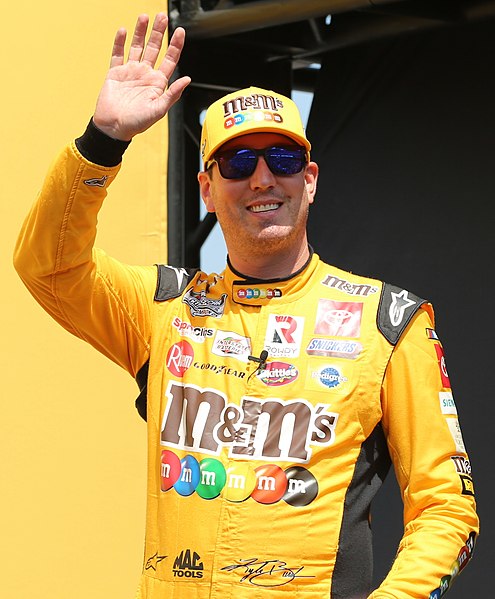 KANSAS CITY, Kans. — Two-time Cup champion Kyle Busch will leave Joe Gibbs Racing for Richard Childress Racing after this season, according to a report Saturday by The Athletic.

The report came shortly after Busch was asked by the media at Kansas Speedway if he would be going to RCR next season. Busch said: “I do not have any new news to share. If I did, I guarantee there would be some sort of big announcement. Unfortunately, there hasn’t been one of those yet. We’re still working on it behind the scenes trying to put it all together. It’s not done.”

A move to RCR would end Busch’s 15 years with Joe Gibbs Racing. Busch acknowledged Saturday that he was closer to resolving his future.

“There’s light at the end of the tunnel and it’s not a train,” he said. “It is sunshine, so that’s a positive thing and trying to keep the train on the tracks right now for a little bit longer.”

An announcement on Busch’s future is expected early next week.

Jim Campbell, Chevrolet’s U.S. vice president of performance and motorsports, is in Laguna Seca for Sunday’s IndyCar finale and was asked if Busch will be a Chevy driver next season.

“When you’re involved in eight series around the world, there is a silly season on drivers, teams and teams switching manufacturers goes on all the time,” he told NBC Sports’ Nate Ryan and The Associated Press. “What we’re focused on right now is the championships for IndyCar, same thing for NASCAR. So what happens and where people land, it’ll work itself out.”

A pairing of Busch and Childress presents a unique tandem among former combatants.

Upset with Busch’s actions toward his drivers in the Truck Series, Childress found Busch in the garage at Kansas in 2011, removed his watch and repeatedly punched Busch. NASCAR fined Childress $150,000 for instigating the altercation.

Busch said Saturday his relationship with Childress has improved, even joking about negotiations: “Who’s to say he hasn’t punched me again in any of these conversations?”

Busch went on to say Saturday: “Whenever you go into negotiations, it’s never fun, so you’re duking the whole time. I think you grow up and you work through things and you talk it over. Really it was fine the first time I sat down with him, and everything was okay.

“The biggest thing about it was just having an opportunity to kind of put that behind us. It was no different than going on the Dale Jr. Download and talking about 2008 and crashing (Earnhardt) at Richmond. You get through it and you talk about it and life moves on.”

Busch has been headed on this path after a sponsor pulled out of negotiations with Joe Gibbs Racing earlier this year. The team needed a new sponsor after Mars, Inc. announced last year that it would not return to the team and the series.

Joe Gibbs Racing was in talks with Oracle, a technology corporation based in Austin, Texas, to sponsor Busch’s No. 18 team, but that fell through when the technology market changed and Oracle began looking at cutting costs and issuing layoffs.

Without a sponsor, it became more difficult for Gibbs to sign Busch. He talked with other teams. Those who emerged as the leaders were Kaulig Racing, RCR and 23XI Racing.

Matt Kaulig, owner of Kaulig Racing, declined to answer questions from NBC Sports and Fox Sports last weekend at Darlington Raceway if he was out of the race for Busch. Kaulig only smiled and walked away.

A key element with Busch is the status of Kyle Busch Motorsports, his Camping World Truck Series team, which won Friday’s truck race at Kansas with John Hunter Nemechek.

Asked Saturday if there is more clarity on that organization’s future, Busch said: “I’m definitely not comfortable with where that’s at yet. Trying to put all the right things in the right places simultaneously was the objective and the goal. It’s not going to happen that way, but we will certainly keep fighting for that to make sure that KBM is at the forefront and we have a place to go race trucks next year.”

“We’ve just got a couple of drivers that are going to vie for the championship, and we washed one of them out yesterday, so we’ll see where it goes.

Busch joined Joe Gibbs Racing in 2008 after he was let go by Hendrick Motorsports to make way for Earnhardt.

Busch has scored 57 of his 60 career Cup wins with Joe Gibbs Racing. No driver has won as many Cup races since 2008. Busch gave Toyota its first Cup win at Atlanta in the fourth race of the 2008 season.

He won Cup titles in 2015 and 2019 while at JGR. Busch is the only active series driver with multiple championships.

Ty Gibbs is expected to replace Busch in the No. 18 Cup car next season at Joe Gibbs Racing. Gibbs, who is racing for the Xfinity championship this season, has been running Cup races in place of Kurt Busch since Busch has been out because of a head injury suffered in a crash at Pocono in July.

Tyler Reddick is under contract through next season at Richard Childress Racing before moving to 23XI Racing in 2024.

Denny Hamlin, co-owner of 23XI Racing, said Saturday that he didn’t think Reddick would join the team next season.

“I think Tyler would like to play out his contract at RCR and that’s what he’s always intended,” Hamlin said. “We’ve not planned for anything otherwise. Kurt’s going to drive the 45 as far as we understand and unless he says differently and if he does say differently, then we have a couple options that we’re looking at. But we never intended on getting Tyler before 2024.”

Said Reddick: “I’m just going to keep doing my job, the task at hand. That’s what we did today and got a pole, we were fast in practice in a lot of measures. So yeah, if if I was pretty bored during the week and didn’t have a lot going on, wasn’t spending a lot of time trying to prepare, it’d be easy to get distracted and give that some of your mind and some of your attention. Thankfully, I stay busy with my team.”