The future's electric — but the present is peak ICE. Burn some rubber! Do donuts!

I vividly remember the year 1993 as a teenager looking forward to getting my driver’s license, longingly staring into Pontiac dealerships at every opportunity for a chance to see the brand-new fourth-generation Firebird and Trans Am. Back then, 275 horsepower, courtesy of GM’s LT1 5.7-liter V8 engine, was breathtaking. A few years later, when Ram Air induction systems freed up enough fresh air to boost power over 300 ponies, I figured we were right back where my father’s generation left off when the seminal muscle car era ended around the year 1974. It couldn't get any better than that.

Horsepower continued climbing, prices remained within reach of the average new-car buyer looking for cheap performance, and a whole new level of muscular magnitude continued widening eyes of automotive enthusiasts all across the United States. It was all ushered in by cheap gasoline prices. And as much as petrolheads bemoan the coming wave of electric vehicles, perhaps instead now would be a good time for critics to sit back and enjoy the current and likely final wave of internal combustion.

Today, it’s easier than ever to park an overpowered rear-wheel-drive super coupe or sedan in your driveway. Your nearest Chevy dealership will happily sell you a Camaro with as much as 650 horsepower. Not enough? Take a gander at the Ford showroom and you’ll find a herd of Mustangs up to 760 ponies. Or if nothing but the most powerful will do, waltz on over to the truly combustion-obsessed sales team of a Dodge dealer and relish in the glory of a 797-hp Charger or 807-hp Challenger.

Want some more luxury to go with your overgrown stable of horses? Try Cadillac, where you'll find a 668-horsepower CT5-V Blackwing. You could instead choose to wrap that huffin' and chuggin' V8 in an SUV. Or go really off the rails and buy a Ram TRX or Jeep Wrangler Rubicon 392 and hit the dunes after a quick stop at the drag strip. 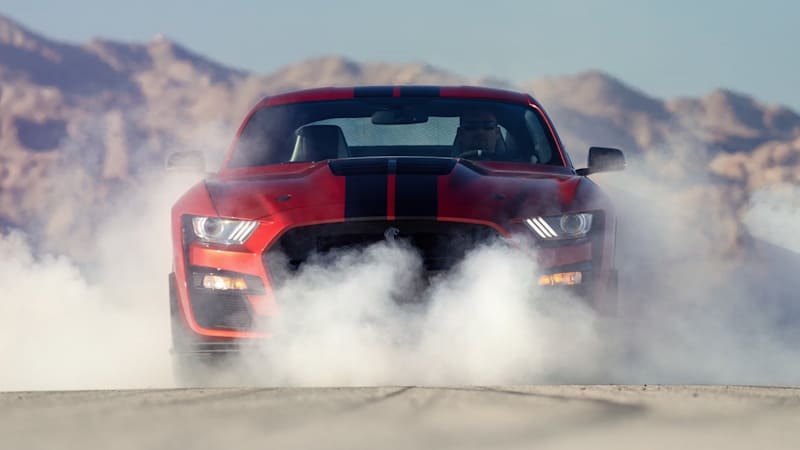 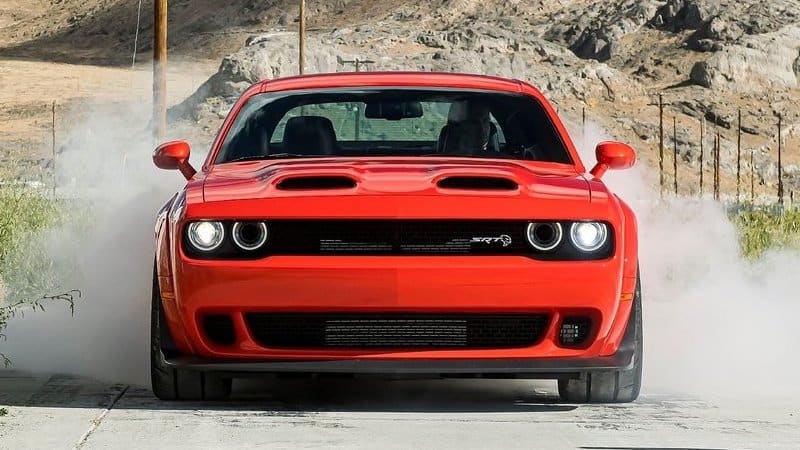 Go pump some gas. Burn a little rubber. Do donuts! There is nothing but your pocketbook keeping you from buying the V8-powered car of your dreams.

Yes, just about every major automaker in the world has halted development of future internal combustion engines in favor of gaining expertise in batteries and electric motors. No, that doesn’t mean that gasoline is going extinct. There are going to be gas stations dotting American cities and highways for the rest of our lifetimes. There will surely be fewer and fewer as the years go by, but anyone buying a Hellcat today has nothing to worry about. As long as there’s a demand, there will be a corresponding supply. 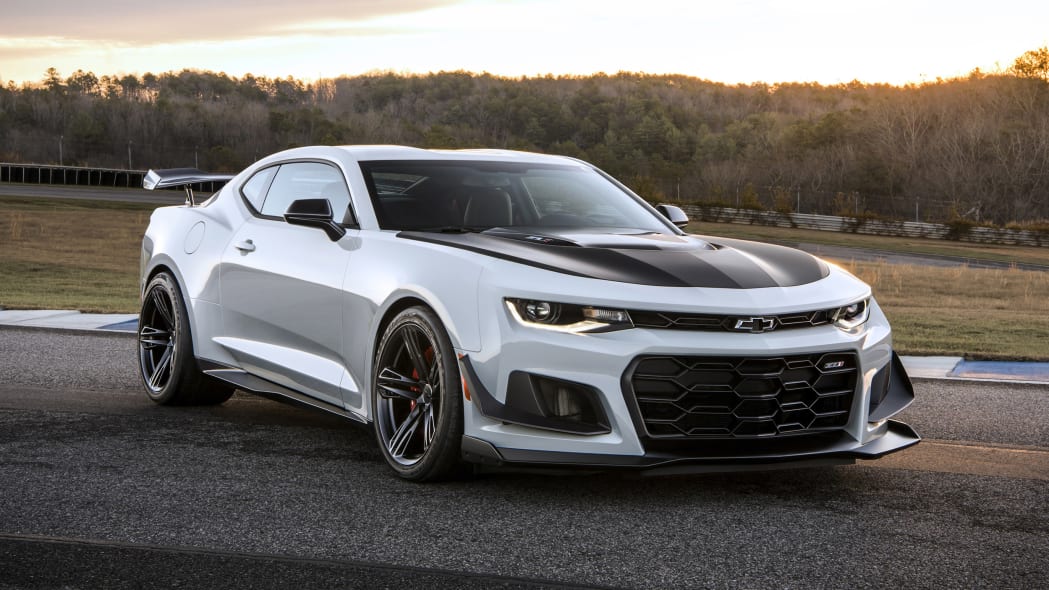 Worried about your gasoline-guzzler being banned from major cities? Perhaps you should consider that you really don’t want to be daily driving your pristine Camaro, Mustang or Challenger through the bustling downtown streets of New York, London or Paris anyway. Save the muscle for the open road where it’s actually useful and fun. Buy a used Nissan Leaf or Chevy Bolt and rack up the harsh city miles on that. Then go home and lovingly wax your bright red toy at home nestled safely in the garage.

If you’re old enough to remember the 1960s and 1970s — even though I wasn’t yet born, growing up in my family meant nary a day went by when my parents, siblings, cousins and uncles didn’t bring up the gaggle of muscle they’d once called their own — you surely know that all good things eventually come to an end. Unleaded gasoline, emissions regulations, fuel shortages and countrywide recessions have all been hailed as the death knell that will halt the cult of petrol-fueled performance for good. Electricity is just the latest. Thing is, the benefit of the hindsight of history is knowing how not to repeat it. The lesson: If you're afraid that you won't like electric performance cars, buy the muscle car you want now.

But you’d better act fast. While gasoline isn’t going extinct and neither is speed — these days, a Mustang Mach-E is just about as quick as a Mach 1 — the day will come when the LT4, Predator and Hemi will disappear from the menu. That day is not today. This is the pinnacle of internal combustion as we know it. So if you worship at the altar of petroleum, now would be a great time to cast your cash for the deity of your choice.