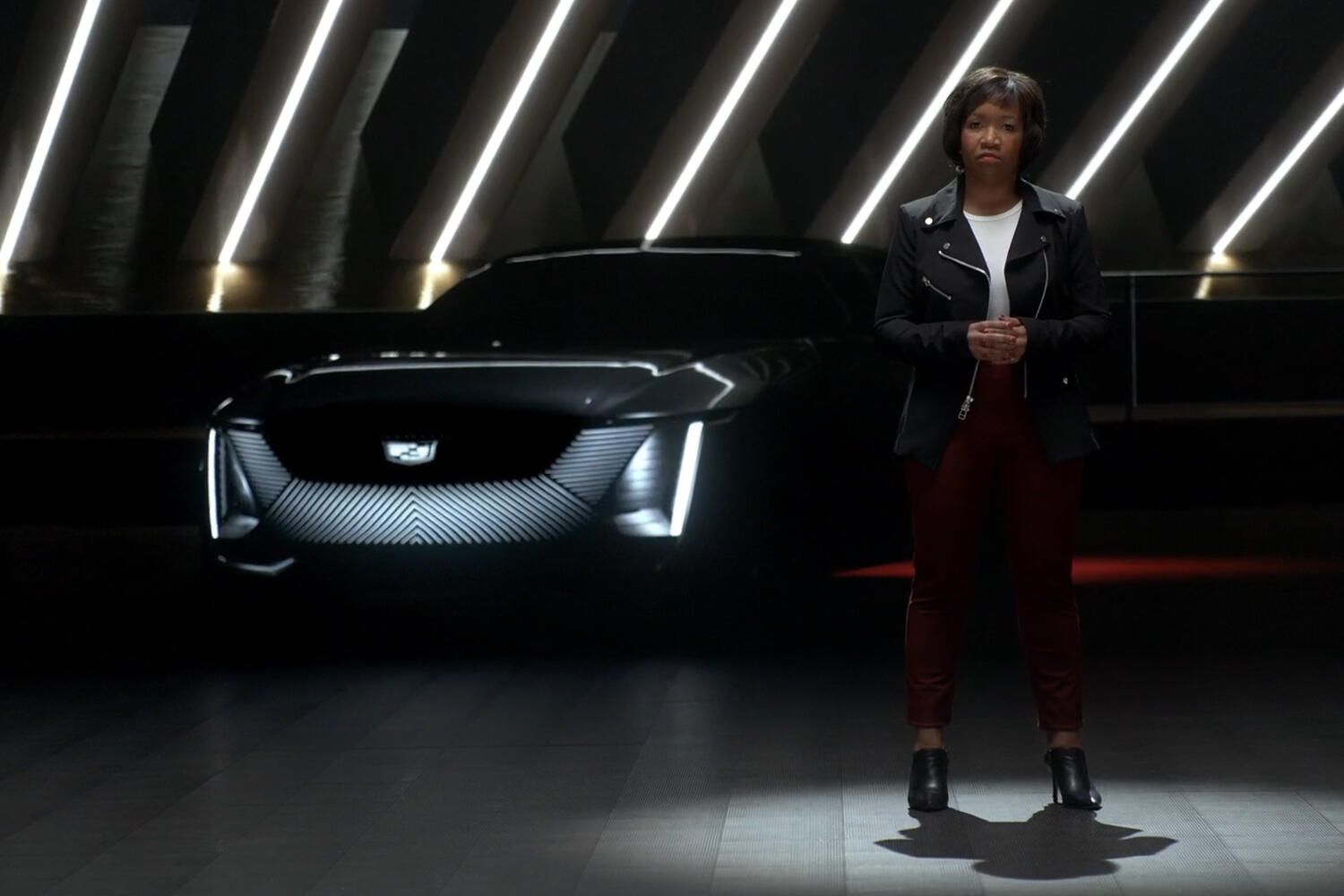 The roof is split into four quadrants, each capable of dimming on its own.

During her keynote speech Tuesday at the virtual CES 2021, GM CEO Mary Barra helped introduce a wide variety of shadowy teasers of its future electrified vehicles. One in particular, the upcoming Cadillac Celestiq, received some extra time and attention, and there are some pretty cool features on board.

Crystal Windham, Cadillac's director of interior design, introduced a brief preview of the Cadillac Celestiq, which she pronounces "Ce-LESS-tick." Standing ahead of a shadowy Celestiq, likely still deep in the prototype phase, we were able to take in some interesting angles. The front end looks almost fully illuminated, with striking vertical running lights on either side and a host of lights spanning the gap between them. And yes, the badge lights up, too.

While the outside is promising, the interior looks to really ramp things up. The Celestiq will have a clever electrochromic glass roof, which uses electricity to dim the glass covering nearly the entire roof. That part isn't new, but what is unique here is the fact that the roof is split into four quadrants, each capable of dimming to a different level. This way, you don't need to bargain with another occupant about how much light should enter the cabin.

In addition to the clever glass overhead, screens will play a big part inside the Celestiq. On the heels of Mercedes-Benz's Hyperscreen announcement, it appears Cadillac is cooking up something similar. The Celestiq's dashboard will sport a pillar-to-pillar screen that will give both front occupants a whole lot of real estate for infotainment and more. The rear passengers won't be left in the cold, either, with personalized rear screens in the back, too. 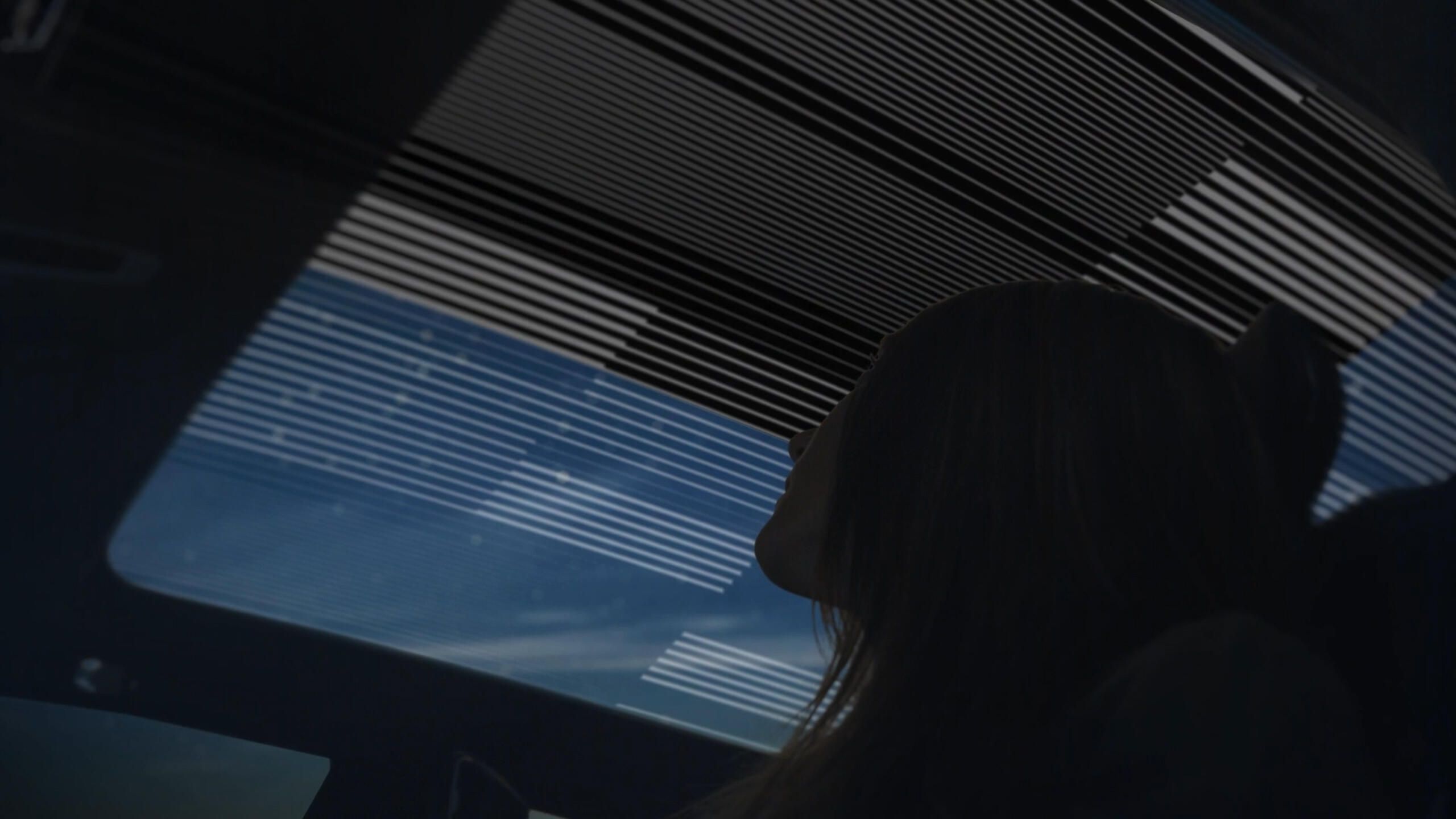 Being able to dim an entire roof panel is cool, but only a part of it? That's even cooler.

Cadillac first announced the Celestiq in early 2020, but we haven't heard much about it since. Rocking GM's new Ultium battery system, Cadillac announced -- perhaps unsurprisingly -- that the Celestiq will have all-wheel drive. It'll also have four-wheel steering, which should make it easier to pilot around town at low speeds while also boosting high-speed agility.

We're still not sure when Cadillac intends to pull back the veil in full, but getting a closer look at the Celestiq has us excited to see more. Keep your eyes on Roadshow for more information about the Celestiq, as well as a bevy of new electrified GM vehicles heading to dealers over the next several years. 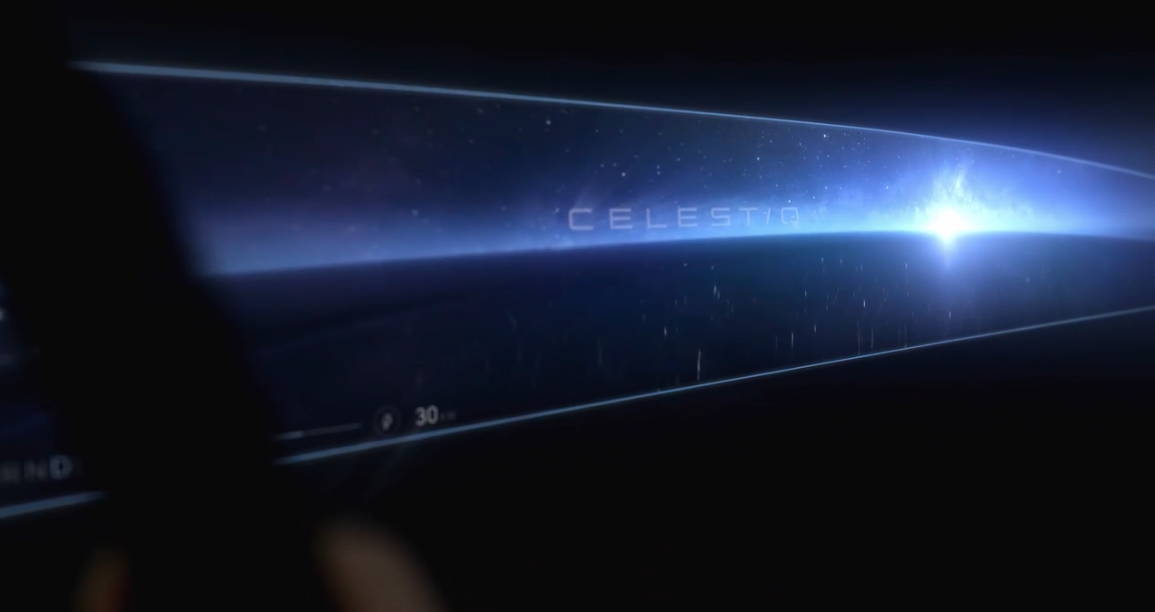 Hyperscreen, eat your heart out.