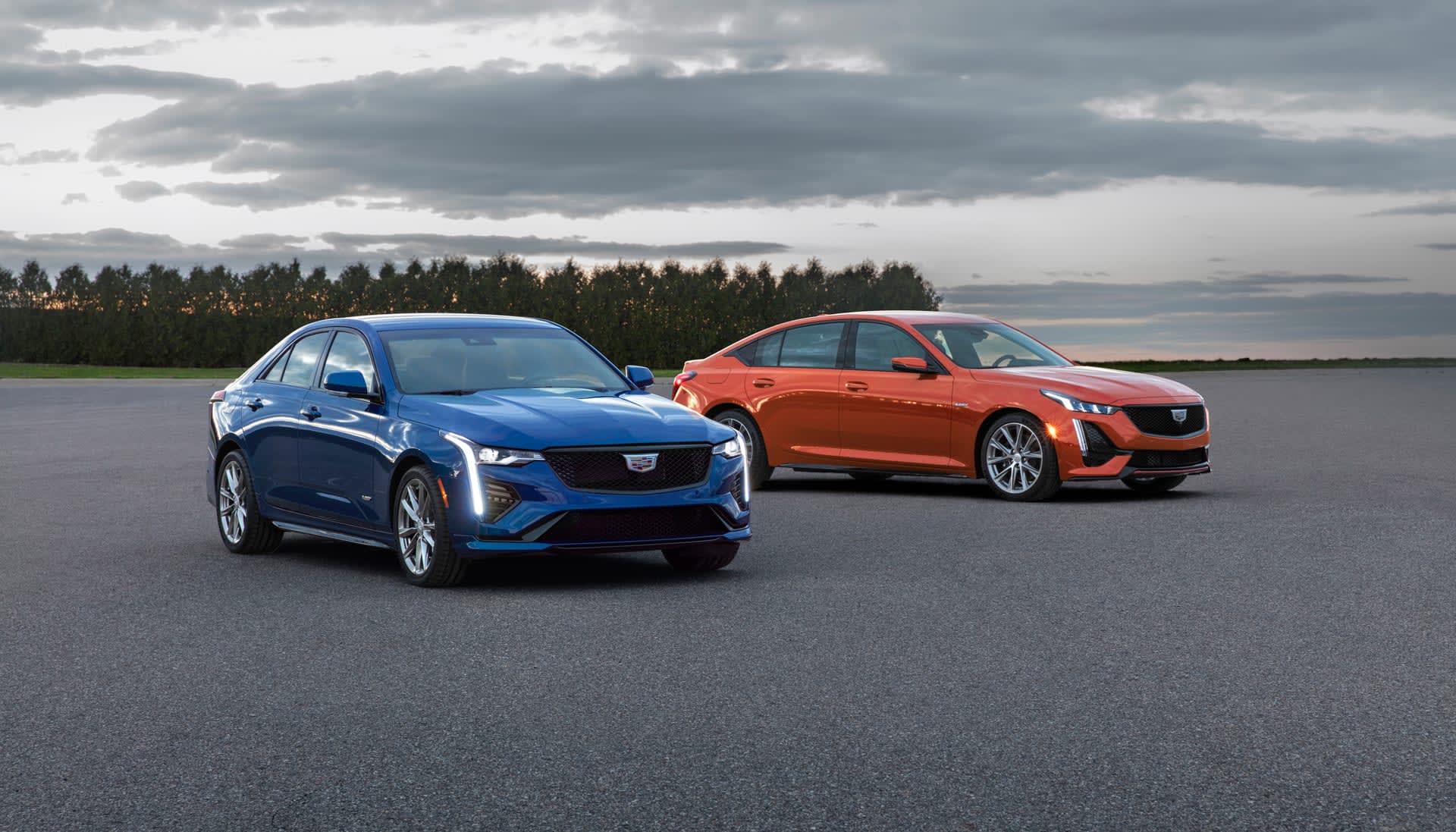 Over 15 years ago Cadillac unveiled the V-Series. A luxury Caddy with an engine and handling meant to compete with BMW's M-Series and Mercedes' AMG lineup. Now the automaker is expanding the performance brand beyond the CT6, CTS and ATS line with the new CT4-V and CT5-V.

But instead of just putting turbo-charged engines and stiffening the suspension in the new cars and calling it a day, Cadillac also made available its impressive drivers' assistant tech, SuperCruise. While the automaker has been slow to expand the tech beyond the CT6, it now seems determined to make sure it's in a wider range of vehicles. It's already announced it'll be available in the regular CT5.

The technology is great, but when you're not stuck in traffic or on a long boring stretch of highway, the CT5-V and CT4-V are fitted with drivetrains worthy of the V-Series pedigree and 50/50 weight distribution for optimized handling.

Engine for the track, tech for the commute.

Both will be fitted with a 10-speed automatic transmission and Magnetic ride control to give the vehicles a Cadillac-level of comfort while still delivering tight handling. The vehicles will be available in rear-wheel drive or all-wheel drive and they'll have the new V-Mode feature that allows the driver to fine-tune the driving experience to their liking.

While we don't have any information on pricing or how much of a premium the SuperCruise option will cost, we do know that the new V-Series sedans will be available in 2020.