How much car tech is too much, and how much is it really worth to you? 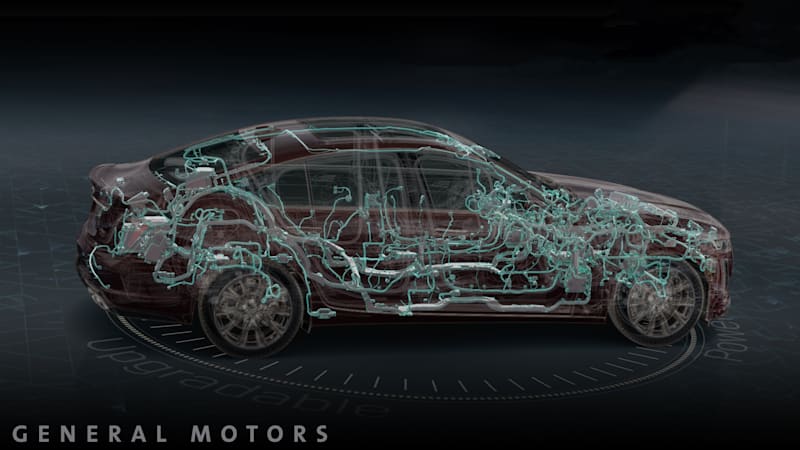 There's this basic skill, taught in driver's-ed: Don't drive just down the middle of your lane. Passing pedestrians or a bicycle? Hug the center stripe. Lots of oncoming traffic? Favor the lane's right edge. Adjust your driving line to fit the circumstances.

But lane-keeping technology never took driver's-ed. It knows only the middle. So when my car engages me in hand-to-hand combat while I'm trying to edge away from a tractor-trailer, the lane-keeping is going to get unplugged.

Car technology, love it or hate it, we’re drowning in it. And it just keeps coming. Layers of assists have been created, primarily to backstop inattentive drivers distracted by their smartphones. We’re building technology to fix a problem caused by … technology.

Yet, traffic fatalities continue to rise. So maybe we're also building technology fixes instead of fixing the drivers. Back when society tackled the problem of drunk driving, we educated people and boosted enforcement. We didn’t build breathalyzer interlocks into everybody’s car.

Some technology even creates a false sense of security. Tesla bros take their hands off the wheel in the belief they own a magical car, a delusion Tesla may have contributed to. NHTSA is investigating 23 Tesla crashes with this in mind. And research from the AAA has found that using adaptive cruise and lane-keeping can actually make drivers more distracted.

Of course, a lot of these assists truly are lifesaving. You can't knock the good intentions. You just can't take your eye off them, not for a second.

The tech torrent goes way beyond safety systems. We’ve gained conveniences, such as parking sensors and heated steering wheels. Love those. We’ve also been given unneeded gimmicks like automated parking. Sorry, that’s stupid. There’s a reason parallel parking is on driving tests — you should be able to do it. And J.D. Power, in its Tech Experience Survey, burns the silliest tech of all, saying drivers are “giving the finger to gesture controls.”

All of this is a matter of personal taste, of course. We can turn off or ignore car technologies we don’t favor.

But what we increasingly can’t do is avoid paying for them.

The tech’s there whether we want it or use it or not. I involuntarily paid good money for that auto-park feature I disregard (and frankly am a little afraid of). Americans tend to buy more vehicle than they need, so automakers compete for new toys to delight and entice us, like the Mercedes-Benz EQS Hyperscreen. And in fairness to buyers, that one feature you want is often packaged with three that you don’t want but reluctantly wind up taking.

Tech is a major reason why the average cost of a new vehicle in the U.S. in late 2020 exceeded $40,000. That’s just the average. Because cars are now rolling computers, 40% of the cost is in semiconductor electronics — no wonder there’s a worldwide chip shortage going on. Some tech starts to look even more frivolous in light of that shortage. Consider that 40% of $40,000 means the average cost of a new car, SUV or truck, if stripped of computerized technology, would be just $24,000. Not possible, yet wouldn’t that be nice?

Meanwhile, U.S. median household income was less than $69,000 in 2019, so the average new vehicle can cost a family pretty much a whole year’s take-home pay.

Elon Musk got us thinking about unnecessary tech when he tweeted recently that Tesla is building into the Model S and X the ability to shift itself into and out of gear, forward or backward, by “guessing” the driver’s intentions. If the car's wrong, you can override and shift it yourself — by touching the infotainment screen. Operating a primary vehicle control via Magic 8-Ball or infotainment seems unwise. And unneeded. Even if it works, who asked for that? More important, who wants to pay for it? (Odds are, it's a cost-saving measure for Tesla to ditch the Mercedes-licensed shifter stalk, but will the savings be passed on to buyers?)

Just because we can do a technological thing doesn’t mean we should. Some of us just want to drive. We are even willing to operate a shift lever to do it.

It could all get worse — cars that are more capable, more complex, but inherently more costly.

Automakers are showing an unhealthy interest in subscriptions. The specter of tech subscriptions was raised years ago by McKinsey consultants, who recommended automakers become “integrated mobility service providers” who sell upgrades and subscriptions the way software companies do.

One scary-sounding idea is floated by Volkswagen. Codenamed Project Trinity, the car you buy wouldn’t come in variants: The hardware for all features on offer would be built into every car, but would remain latent until you activate — subscribe to — the software that runs it.

That’s right, in this “software dream car” you’d be buying hardware, and then later pay again to actually make it work. And you might decide never to use some systems, meaning their circuitry will ride around with you for the life of the car, never doing anything. Seems wasteful.

You have to figure that if an Apple car ever comes along, it’ll be a lot like that, too. And just today, Reuters ran a feature on General Motors' plans to build "software defined vehicles." GM, Mercedes and others are planning vehicle electronic platforms capable of all manner of feats, including over-the-air updates and self-driving. These platforms will also facilitate this subscription revenue stream.

Similarly, Tesla buyers have been paying $10,000 to factory-install “Full Self Driving” (ironic quote marks) hardware. They’ve been told that someday it will be run by software that is currently in the hands of a few real-world beta testers — who report it ain’t ready. Even when delivered, it will be an SAE Level 2 driver-assist system, Tesla admits, not self-driving as billed. A few owners are starting to get mad about that.

You’ve probably already been asked to pay for renewal of an on-call service or a navigation upgrade. Jake Groves, an editor with CAR magazine in the U.K., recently reported pushing a "high-beam assist" button in a BMW 530e on a night drive. The car responded by asking him to pay £179 ($246) to activate it. Which is a safety feature he wanted to use right there, you know, in the dark.

Admittedly, Project Trinity-type capabilities could be convenient. Say, it looks like it might snow, so just for today let's over-the-air activate all-wheel drive. And it’s been argued that these embedded technologies will help in resale, when the second owner wants features you didn’t. Yet why should you pay out of the gate for hardware the next guy might want? That’s his problem.

But take heart. Some subscription schemes have fallen flat. Remember when BMW charged owners $80 a year to use Apple CarPlay, which was free elsewhere? BMW relented when customers complained.

Do you wish to pay for hardware you don’t need? Or to be socked with subscription fees for features you do want? Do you want vehicle costs to keep rising like this?

With automakers rewiring entire vehicle platforms, the trend toward subscriptions may be unstoppable. But, a good business listens to its customers. So, vote with your wallet: When car-shopping, ask if you will be hit up for “additional revenue” down the road. Also, can you option the features you want without features you don’t? Would the degree of customization allow you to order a car how you want it, rather than buy off the lot? If a vehicle seems onerous to you in these regards, cross-shop something else. And if your car already charges fees for updates that do not seem like a good value, decline; let the OEM see that this approach is unpopular. Finally, if you’re passionate about features you like on your car — and think other features are failed ideas — let the automaker know. Start at the dealership. Dealers have a loud voice with the OEMs. Ask for a district manager or other automaker contact too.

Tell them you won’t buy what you don’t want. Nobody who’s trying to sell something likes to hear that.