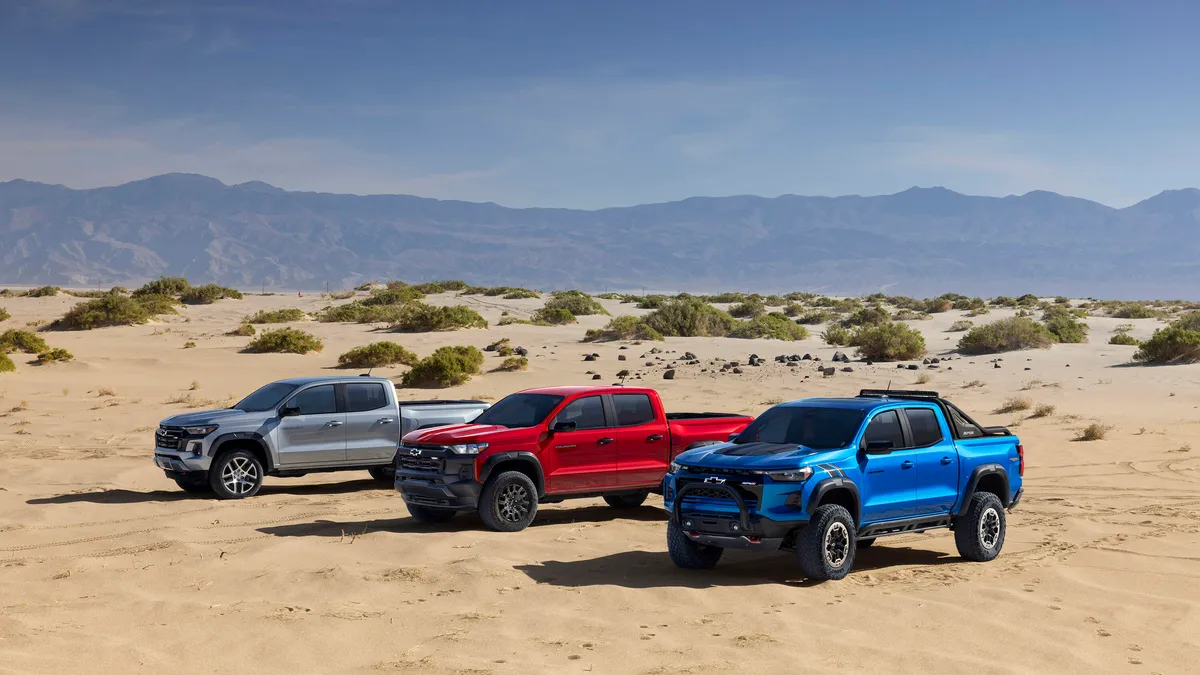 There are five different Colorado trims to choose from. Chevrolet

Chevrolet's midsize pickup is bigger and better, and there are a trio of off-road models, too.

Chevrolet debuted the 2023 Colorado midsize pickup on Thursday, and from top to bottom, nearly everything about this truck is new. That's a good thing: The Colorado (and its GMC Canyon twin) was the old dog in the highly competitive midsize truck class, but a bunch of new tricks should help bring it back to the forefront again.

This story serves as a general overview of the 2023 Colorado lineup. If you're most interested in the off-road-focused Colorado ZR2, we have a separate story about that. Be sure to check out our midsize truck spec comparison, as well.

When the Chevy Colorado goes on sale in the first half of 2023, it'll be offered in five different trim levels. The base Work Truck (WT) will be the entry point, and from there customers can step up to the Colorado LT, Trail Boss, Z71 and ZR2.

Those last three all have varying levels of off-road capability, with the ZR2 being the most extreme. The Z71 is more of a rugged appearance package than anything else, while the Trail Boss has a 2-inch suspension lift, 3-inch wider front track and 32-inch all-terrain tires. The ZR2 ups the ante with a 3-inch suspension lift and sophisticated Multimatic DSSV dampers -- just like the ones used on the Silverado ZR2. We have more details about what separates these off-road trims in our Colorado ZR2 debut story.

Regardless of trim, every Colorado will be offered with the same Crew Cab and short-box configuration. The truck is a little larger in each dimension than before, and its wheels have the same bolt pattern as the larger Silverado pickup, opening the door for more options. Overall, the new look is pretty clean -- much better than the fugly Silverado, for sure -- and the Z71 and ZR2 models come with LED lighting.

A lot of trucks offer underfloor storage in the bed, but Chevy offers a similar solution inside the Colorado's tailgate. When the tailgate is down, you can open a compartment that measures 45 inches wide and 4 inches deep. It's also watertight and comes with a drain if you want to throw ice in there to use it as a cooler. This is standard on the ZR2 and optional on other Colorado models. Other functional bed bits include eight standard tie-down points with the ability to add nine more, and a midway-open function that can support up to 500 pounds, perfect for carrying longer objects. 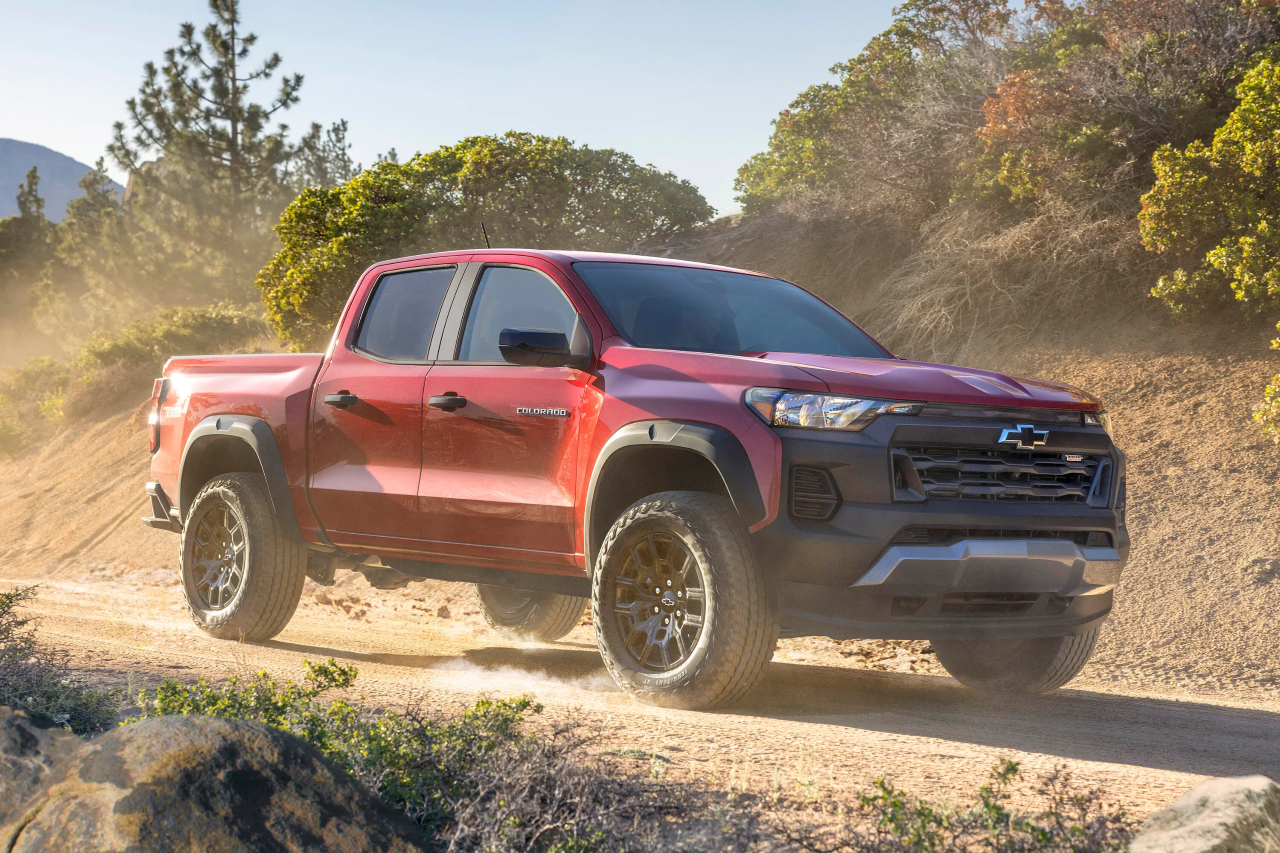 Every 2023 Chevy Colorado will be powered by a 2.7-liter turbocharged I4 engine, paired with an eight-speed automatic transmission. On WT and LT trims, rear-wheel drive is standard and four-wheel drive is optional, while Trail Boss, Z71 and ZR2 models come standard with 4WD.

Despite all trucks sharing the same engine, Chevy offers three different power outputs depending on trim. The base 2.7L Turbo is standard on WT and LT, while the 2.7L Turbo Plus is optional. The Z71 and Trail Boss come standard with the 2.7L Turbo Plus, and the most powerful 2.7L Turbo High-Output is reserved for the ZR2.

Chevy will no longer offer the 2.8-liter turbodiesel I4 or 3.6-liter V6 engines in any Colorado. The automaker says electrification isn't in the cards for the Colorado, either.

Depending on the trim level, the Colorado has as many as five different drive modes. Normal is, well, normal, Tow/Haul changes the transmission shift points and throttle response, Off-Road makes further adjustments to the powertrain and traction control, Terrain is designed for low-speed rock crawling and Baja -- a ZR2 exclusive -- is all about high-speed desert running. 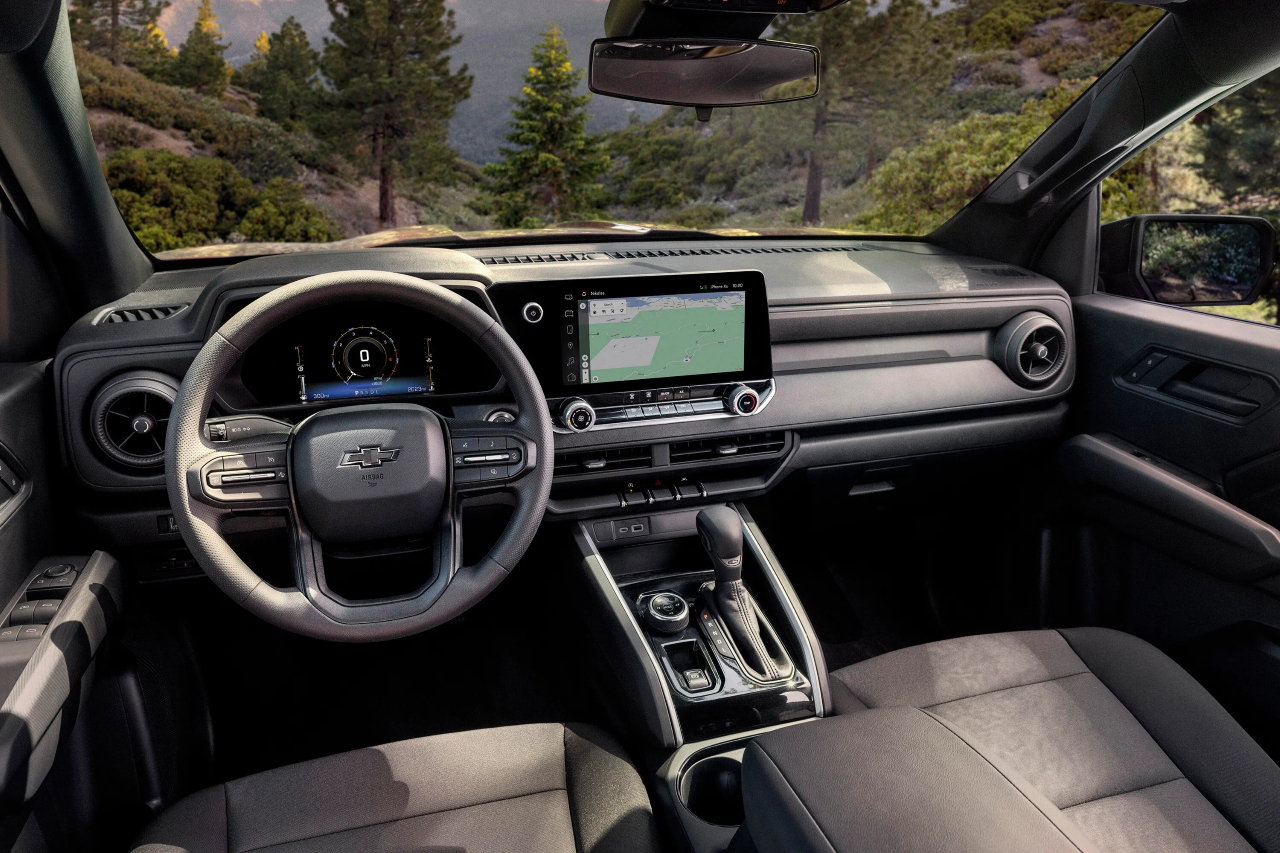 This looks so much nicer than the old Colorado. Chevrolet

A nicer interior with lots of tech

The old Colorado's cabin was dumpy from the day it debuted, and thankfully, the new truck gets a fresh overhaul. Chevy says there are four new interior schemes with wrapped and stitched knee pads on the doors and center console (for some models). Other trims get neat contrast stitching, and cloth and leather upholstery choices will be offered. For the first time, Chevy will even offer the Colorado with a sunroof.

A big highlight of the Colorado's cabin is the standard 11.3-inch central touchscreen, running an updated version of Chevy's easy-to-use infotainment software. There are customizable pages, an off-road-specific display (altitude, roll, pitch, etc.) and built-in Google apps for maps, music and more. On top of that, all Colorados come with an 8-inch digital gauge cluster.

The 11.3-inch screen has a whole bunch of camera view options, with some specific to hooking up a trailer and towing, which also works with Chevy's smartphone trailering app. The Z71 and ZR2 even come with an underbody camera, so you'll be able to see big obstacles and (hopefully) prevent scraping the truck.

On the driver-assistance front, automatic emergency braking, forward-collision warning, front pedestrian braking, lane-keeping assist, lane-departure warning, automatic high-beam headlights and a following distance alert are standard across the board. Additional technologies like a 360-degree camera system, adaptive cruise control, rear pedestrian alert, rear cross-traffic braking and blind-spot monitoring are available, and Chevy will offer these systems as options on every trim level, even the base WT. 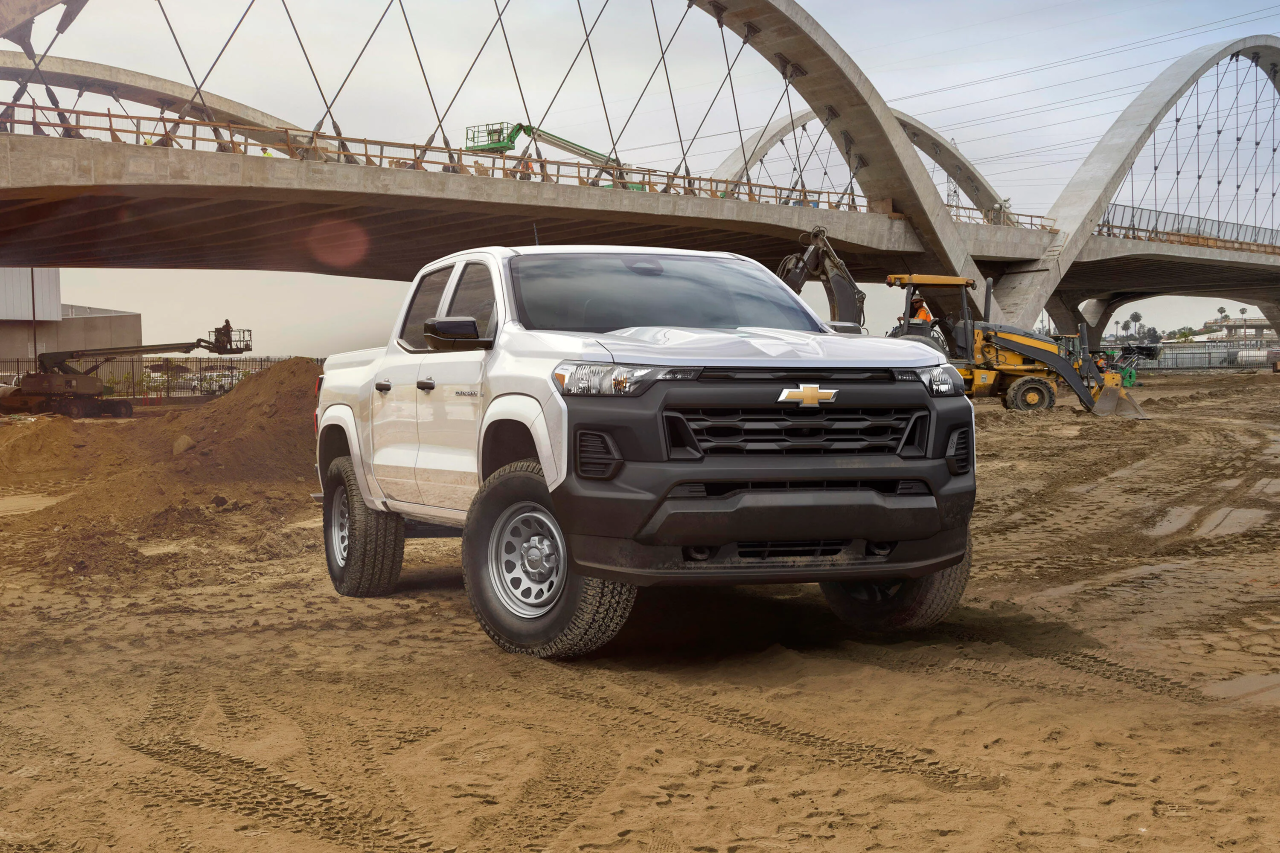 Even the base WT model comes with a digital gauge cluster and large infotainment screen. Chevrolet

The 2023 Chevy Colorado will be built at General Motors' factory in Wentzville, Missouri. Production is expected to begin in early 2023, and Chevy says it will release final pricing and fuel economy data closer to that time.

As for the Colorado's fraternal twin, the GMC Canyon, you can expect a similar upgrade. GMC confirmed the new Canyon will have an AT4X trim similar to the Colorado ZR2, and the truck will make its debut this summer. In other words, we'll see it soon.