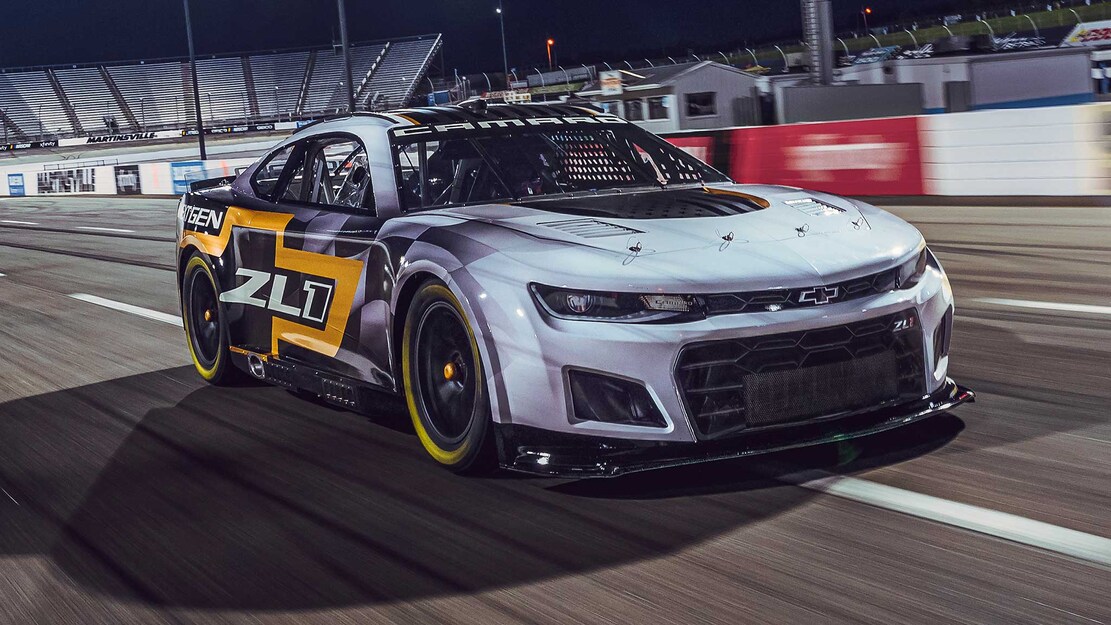 Like Toyota, which pulled the sheet off its new Camry Cup car, Chevy is sharing images and details of its latest Camaro NASCAR racer. As before, the NASCAR Cup Series Camaro wears ZL1 branding—a nod to the 650-hp Camaro model of the same name you can walk into a dealership and buy today. As with other Next Gen NASCAR designs, the new Camaro Cup car now looks a lot more like those ZL1s at Chevrolet dealerships nationwide.

Chevy's NASCAR entrant wears a newly symmetrical body (previously, NASCAR racers' bodies were asymmetrical, optimized for a life spent turning left), and rides on more modern chassis bits. The rear suspension is now an independent design, and the steering is handled by a rack and pinion setup; you'll also notice the wheels are much larger than before—they've jumped in diameter from 15 inches to 18 and wear less chubby looking (thus more normal-appearing) tires—and are now made from lighter aluminum, not steel. 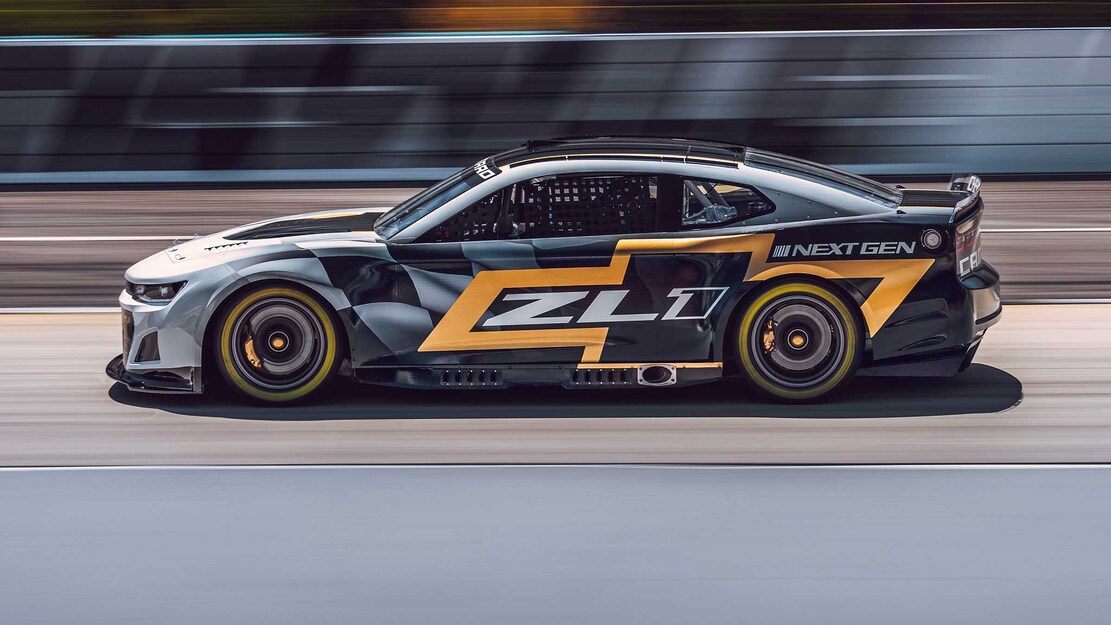 As much as Chevy touts these improvements as more closely tying the NASCAR racer to the production Camaro ZL1, the bow-tie brand's NASCAR entry really shares the majority of its important bits with other Next Gen racers, including those from Ford and Toyota. Granted, since most modern cars share these modern component designs, Chevrolet isn't exactly being hyperbolic. Thing is, NASCAR racers, until now, have been archaic beasts, with solid rear axles and four-speed manual transmissions. 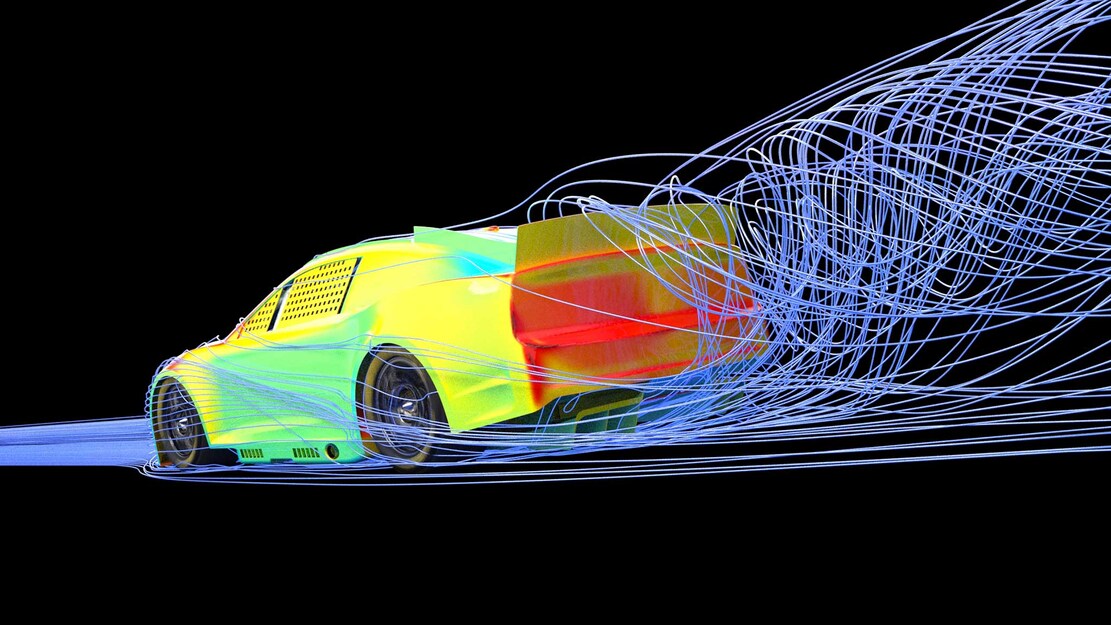 The latest Cup cars now use a sequentially shifted transaxle. There are also way more aerodynamic aids all over these vehicles' bodies. Underneath, the Camaro ZL1 is equipped with a smooth underbody and a diffuser, while even deeper within the bodywork hides bolt-on front and rear clips that are said to improve post-crash repairability.

It'll be a fun NASCAR season with every manufacturer entering a Next Gen competitor. All will be starting effectively from scratch, trying to gain familiarity with the new aerodynamics and mechanicals while trying to, of course, win. We're almost as excited to watch the action as we are to see the cars, which now look markedly more like real vehicles than before, bringing NASCAR spiritually closer to its opening days, when production-based V-8-powered full-size American sedans duked it out.