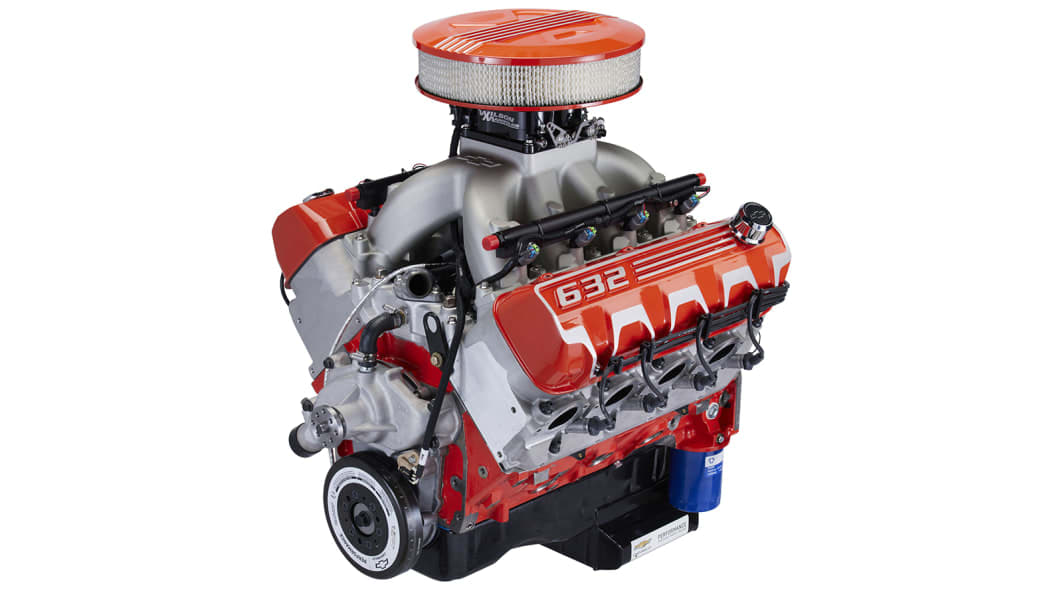 A few years ago, Mopar launched a beast of a crate engine called the Hellephant. It was a supercharged 426-cubic-inch (7.0-liter) V8 that made 1,000 horsepower. Now, Chevrolet Performance has an engine called the ZZ632/1000 (an admittedly less fun name) that matches the Hellephant for power, and does so in a possibly more outrageous way: sheer displacement.

The ZZ632 is a big-block Chevy pushrod V8 – emphasis on "big" – that displaces 632 cubic inches. For the metric-inclined, that's a massive 10.3 liters, nearly 2 more liters than the displacement of the old Dodge Viper V10. Official output is 1,004 horsepower and 876 pound-feet of torque, the latter of which is a bit less than the Hellephant's 950 pound-feet. The ZZ632 also makes all this power on 93-octane gasoline you can get to your local gas station. It even revs to 7,000 rpm. 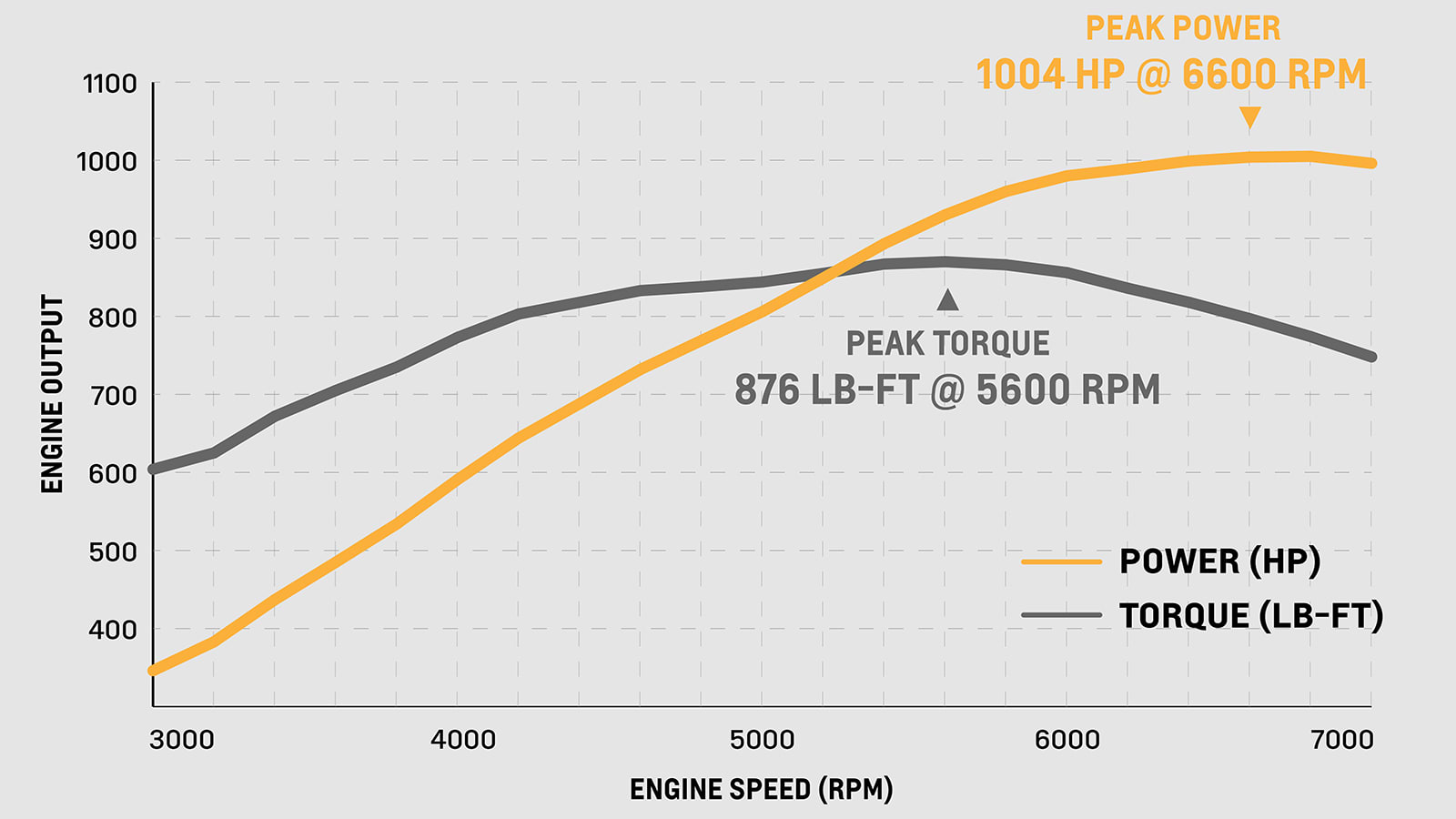 The engine is based on the same block used for the ZZ572, but with a sizable stroke increase and slight bore increase. It features a forged steel crankshaft with four-bolt main caps, forged steel rods and forged aluminum pistons, all packed into a cast iron block. It's topped with port fuel injection and a CNC-machined intake manifold.

Engines will be available through Chevrolet Performance dealers, and they go on sale early next year. No pricing was given. Chevy technically says the engines are for racing and off-public-road use, but we have a feeling some will find their way into some wild street machines.