The practical appeal of classic utility vehicles verses the revivals 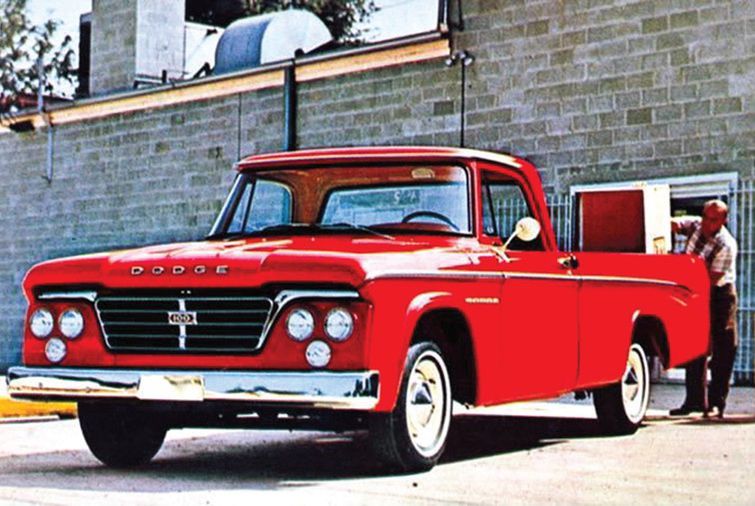 Social media groups and car-centric websites were recently set ablaze when Ford announced the return of the once-beloved Bronco, arguably a vehicle that had a big hand in defining what we've come to know as the sport-utility market. Pundits will contend the original Bronco was not alone, thanks to intense competition that emerged from Chevy, Dodge, and the almost forgotten effort from Plymouth. International joined the fray years earlier, and Jeep, of course, had long been the key player in the proverbial outdoor sandbox of fun. (Naturally that famed name had to make waves of its own, announcing a Hemi-powered Wrangler within hours of the new Bronco's unveiling, adding fuel to the SUV fire.)
Aside from queries pertaining to the Toyota FJ-Cruiser-like exterior of the redesigned Bronco, the biggest question posed to me by my closest car compadres has been, "Would you buy one?" Past Blazer experiences aside, they forget that— at times—questions like this may put me in a precarious, treading-across-thin-ice position. In all honesty, my gut response was "no" after a few minutes of consideration. Perhaps at great risk of scorn, I didn't find the Bronco all that appealing. 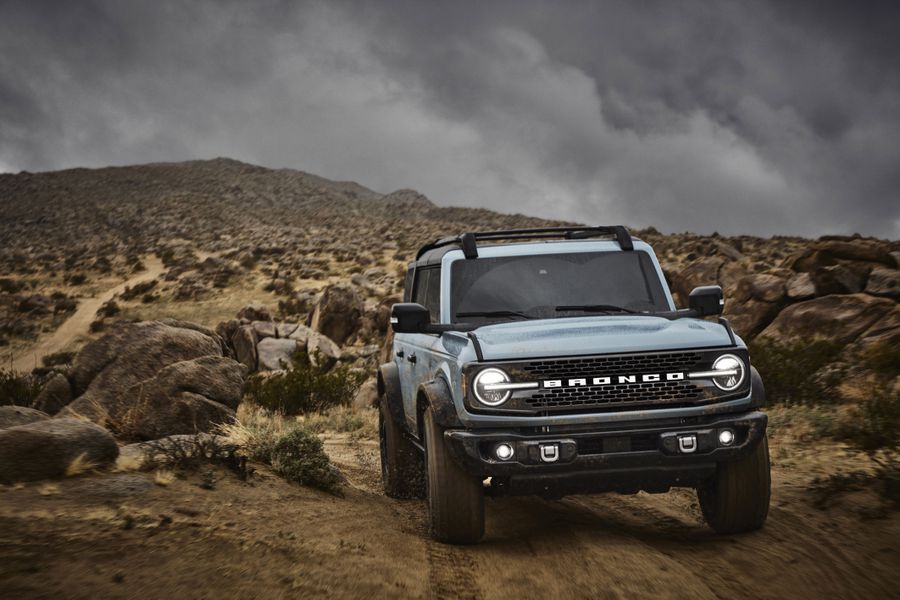 Photo Courtesy of Ford.
I know all too well that any contemporary SUV is a practical, well-rounded platform that caters to the adventurous, outdoor type between school lacrosse games. A reminder came in the guise of an extended weekend of camping in New Hampshire's White Mountains a few months back, made possible by a cavernous SUV that swallowed enough food and gear for four with ease. Admittedly, the latest Bronco will likely blaze a new trail, but to what extent? Will a new (or, correctly, re-redesigned) Blazer follow within the next few years? Or how about a Ramcharger?
Given that the Dodge name was dropped a decade ago from the pickup line, a 20-something Ramcharger flows from the tongue like spring snowmelt in a Vermont riverbed. Ram, like Bronco, is bolstered by decades of earned respect from its devoted buyers, even though the name wasn't cast in chrome and bolted to the Dodge line of pickup bodies until the 1981 model year. It replaced the old D-Series nomenclature in a move that coincided with a smart, rugged-looking "Job-Rated" redesign. Other than its "Ram Tough" reputation, one thing that did migrate from the then past-to-present move was the oft-used ram's head hood ornament, a shiny appendage that was conspicuously absent from the 1962 Dodge trucks dealer brochure—featuring a D100 Sweptline on the cover—hanging on my garage wall. 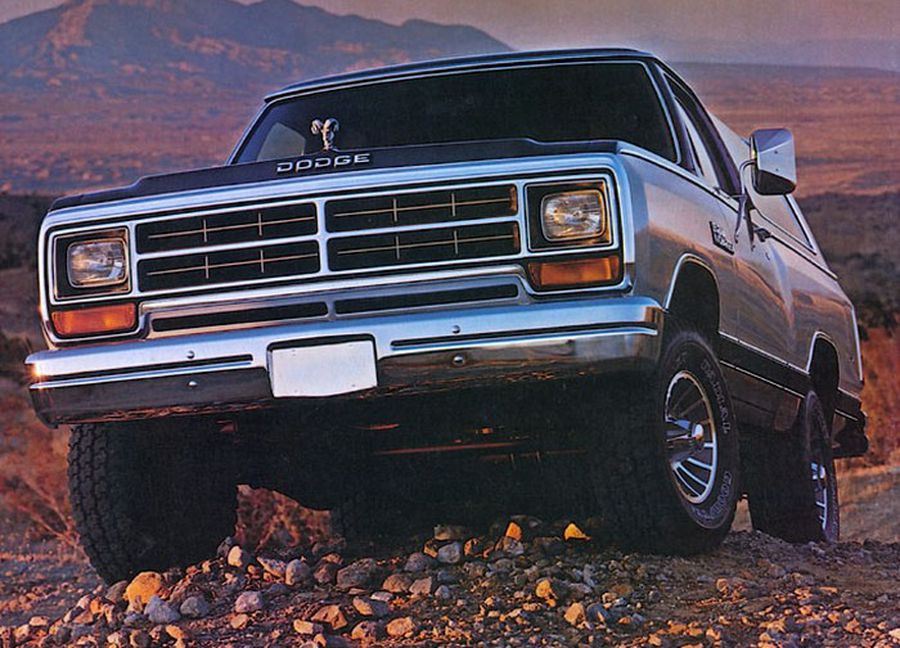 Unlike other light- and heavy-duty rigs on the market, some would insist that, visually, the 1962 Dodge is the truck equivalent of Ford's Edsel. I admit that, at first blush, the Sweptline's design can be compared to a brick—rectangular, and flat on each side. Look a little closer and defining features emerge from the metal, such as the slightly recessed center section of the hood, which transitions to a dip in the grille and its flanking grille bar wings, if you will, acting as subtle eyebrows over quad headlamps. Along the length of the body is a defined, gently sloping beltline that kicks up slightly at the back end. Thin cab pillars deliver an expansive greenhouse, enabling its driver to see all the world has to offer with great ease.
Offered with a 6-foot 6-inch cargo box on a 114-inch-wheelbase drop frame, or a full 8-foot box on a 122-inch-wheelbase drop frame, the D100 Sweptline was delivered to your local dealer with an advertised 50 engineering enhancements administered to the series over the outgoing models. Moving those new changes to the jobsite was a choice between a 140-horse Slant Six engine, or 200-hp V-8, either of which would have been accompanied by a heavy-duty three- or four-speed manual. These drivelines proved that "Job-Rated" wasn't just a convenient salesman's tag line to more than 32,300 customers that year—a figure that included the more aggressive-looking Utiline series (or stepside, among other manufacturers).
There's a bit of family legacy built in with my affinity for the Sweptline, in that the wall art in question was once hanging in my uncle's workshop. We both were of the mindset that one could find equal parts enjoyment and practical use from a modestly styled, utilitarian-yet-rugged brick. Which brings me back to the new Bronco. Flashy? Yes. Fun? No doubt. But if I'm being honest with myself, I'd rather step into a first-gen example of Ford's compact SUV. Early Broncos were functional, boxy, and practical—with a high cool factor built in for good measure.
SOURCE: HEMMINGS
← Go Back To List