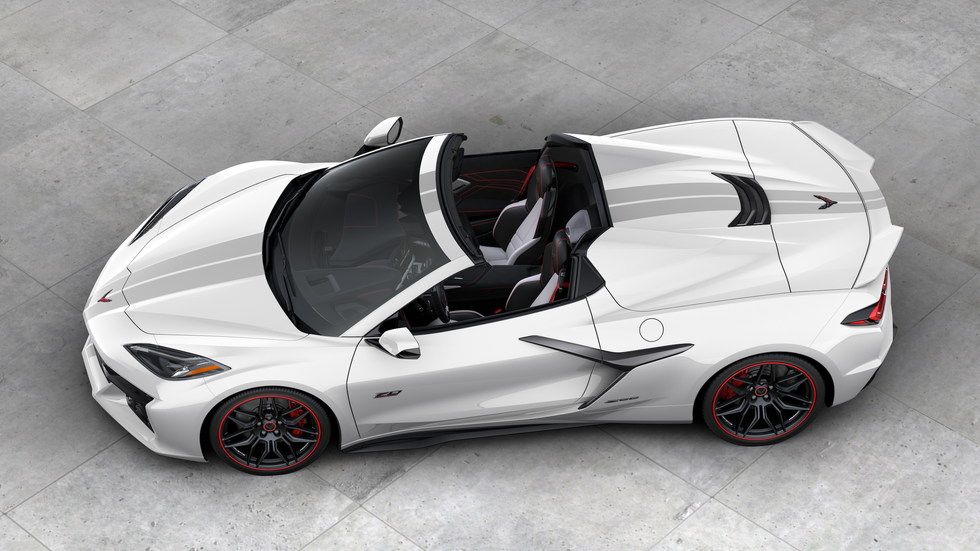 The package can be had on any 2023 Corvette, including the Z06, and adds unique badging, special colors, and lots of red trim.

The 2023 model year is important for the Chevrolet Corvette. Not only does this model year mark the arrival of the new Corvette Z06—propelled by a flat-plane-crank 5.5-liter V-8 pushing out 670 horsepower and 460 pound-feet of torque—but it is also the legendary sports car's 70th birthday, as the original C1 Corvette was first launched for the 1953 model year. To commemorate the occasion, Chevy is releasing a 70th Anniversary Edition package for 2023 Corvettes, including the new Z06. 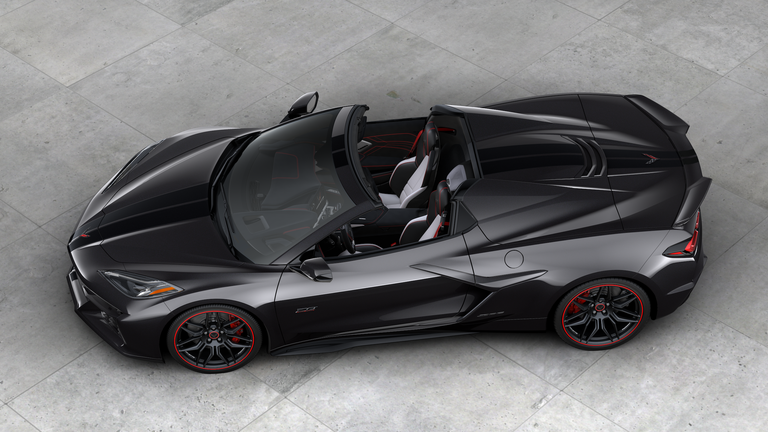 The 70th Anniversary Edition package brings a choice of two unique exterior colors, White Pearl Metallic Tri-Coat and Carbon Flash Metallic. Buyers can option racing stripes in Satin Gray for the white paint job or Satin Black with the Carbon Flash look. The package also includes special wheels—with different designs for Stingrays and Z06s—which have a dark finish and a red stripe around the perimeter.

The cockpit is fitted with two-tone Ceramic leather GT2 or Competition Sport seats and red seatbelts, as well as red stitching throughout. The brake calipers are also painted red, as are the engine covers on Stingrays with the package, and there are new 70th Anniversary Edition Corvette badges inside and out. A custom luggage set with red stitching and the new logo also comes with the car. The 70th Anniversary Edition package will be available later this year when production begins on 2023 Corvettes, although there's no word yet on price. If you don't feel like springing for the package, all 2023 Corvettes will have a commemorative interior plaque on the center speaker and a graphic on the lower rear window noting the anniversary.