The No. 4 Corvette C8.R of Tommy Milner and Nick Tandy took a decisive GTLM class victory in Sunday’s IMSA WeatherTech Championship race from Laguna Seca, beating the No. 3 Corvette Racing sister car to the finish line by an entire lap.

Milner started the race for the No. 4 team, getting a clean start from second position and sticking with Jordan Taylor in the pole-sitting No. 3 C8.R for the duration of the opening stint. Taylor dove into the pits at the 51-minute mark, turning the reigns over to Antonio Garcia and taking fresh fuel and tires. Shortly after, Milner also came into the pits for fuel and tires and to turn driving duties over to Tandy. 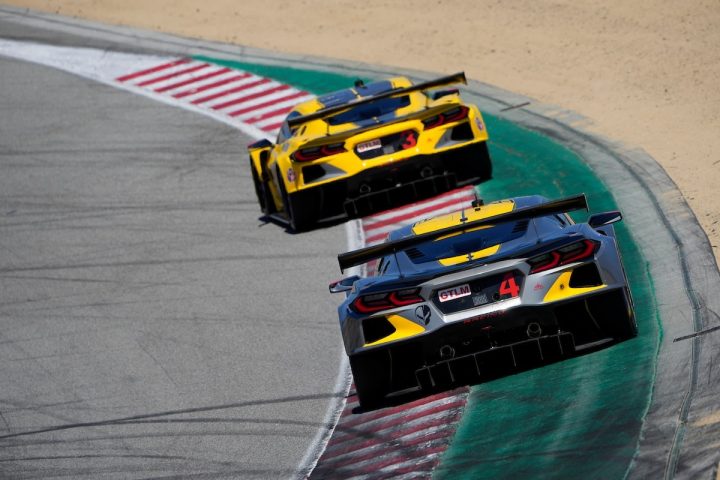 Tandy then gave chase to Garcia, with the Briton and the Spaniard engaging in a spirited battle that saw the pair trade fastest GTLM race laps multiple times. Tandy emerged the victor of this dogfight, setting a new GTLM track record of 1:21.827 (98.461 mph) and pushing Garcia to use up his tires and come into the pits before him. Tandy followed suit a pitted a lap later, but his superior pace allowed him to undercut Garcia and take the lead – despite the fact he took a trip through the gravel whilst exiting the pits. Tandy then extended his gap to Garcia in the remaining hour, taking the chequered flag a full lap ahead of the No. 3 sister car and the No. 911 Porsche 911 RSR of WeatherTech Racing, which was third in the three-car GTLM class. 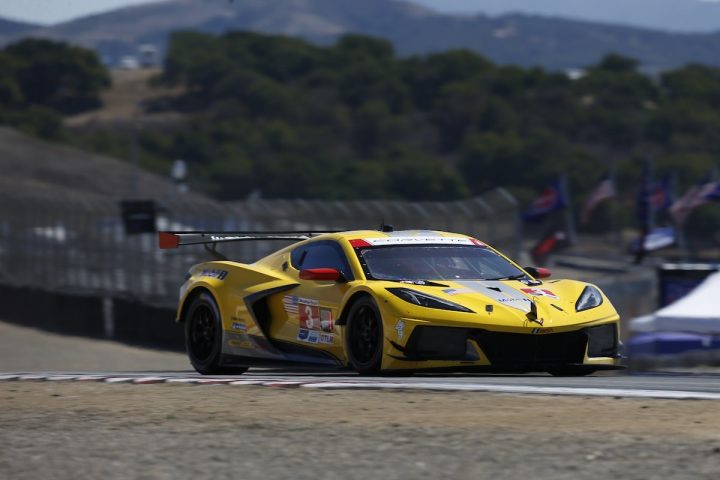 The result was the first points-paying victory for the No. 4 Corvette C8.R squad this year, which has struggled for pace and suffered bad luck throughout the 2021 IMSA season. Prior to Sunday’s race, Milner and Tandy had only won a non-points race at Detroit this year, as well as 100-minute qualifying race ahead of the Rolex 24 At Daytona in January.

“The car was fantastic all weekend,” said Tandy, who joined Corvette Racing from Porsche at the end of last year. “It gives me hope and looks good for the rest of the season. It’s been such an emotional roller-coaster. A lot of the time, you think you put the work in and you just see the result just in front of you but it just doesn’t get there. To finally get there and stand on the top step with my buddy, it feels good. We want to do it three more this year.” 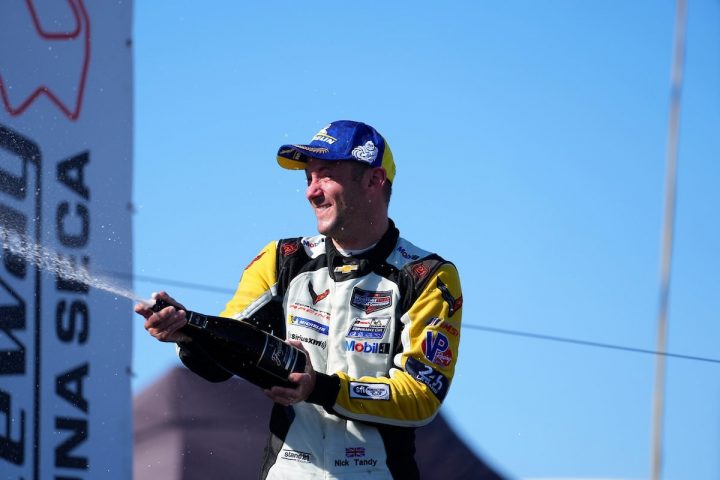 Corvette Racing will look to extend its lead over Porsche at the Acura Grand Prix of Long Beach on September 25th. IMSA then heads to Virginia International Raceway for a GT-only round on October 10th, followed by the Petit Le Mans season finale at Road Atlanta on November 12th.