GM Authority spies have just spotted the upcoming Corvette E-Ray testing without any vinyl camouflage for the first time, giving us a relatively clear view of the hybrid sports car.

The photos were captured on German roads surrounding the infamous Nurburgring race track, a favorite among car manufacturers looking to test their latest and greatest performance models. As such, it stands to reason that Chevy was evaluating the Corvette E-Ray prototype on the challenging German race circuit. 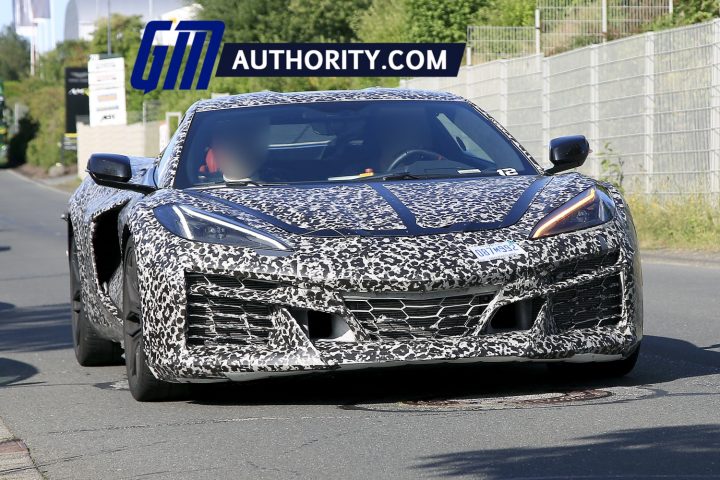 Without heavy vinyl coverings, this Corvette E-ray prototype shows a number of externally visible features, starting with the wide boy treatment. The front fascia appears to be identical to that of the recently-teased C8 Z06. 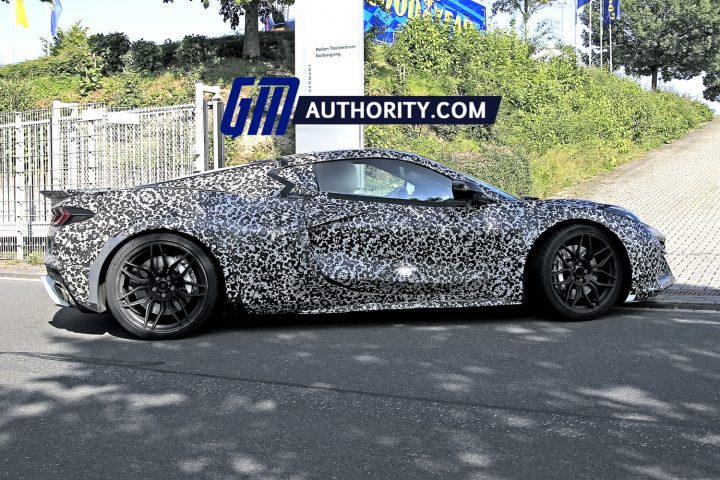 The body side features reconfigured fenders and intake treatment to work with the widebody configuration.

At the rear resides a subtle spoiler, along with a set of outboard exhaust pipes with quad, squared tips at the sides of the rear bumper treatment, identical to those on the C8 Corvette Stingray. By comparison, the C8 Z06 – which will also have the same widebody treatment as the E-Ray – will feature a center-exit exhaust. 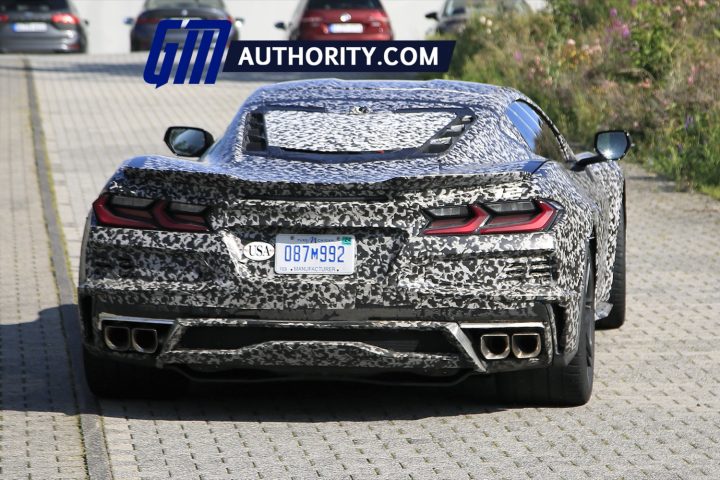 Interestingly, this Corvette E-Ray prototype also has smaller brake rotors than the 2023 Corvette Z06. The split seven-spoke wheels, which we haven’t seen previously since they were covered by wheel covers – feature a black finish and appear to be wrapped in Michelin Pilot Sport 4S tires, the same compound as on the Z51-equipped Corvette C8 Stingray. 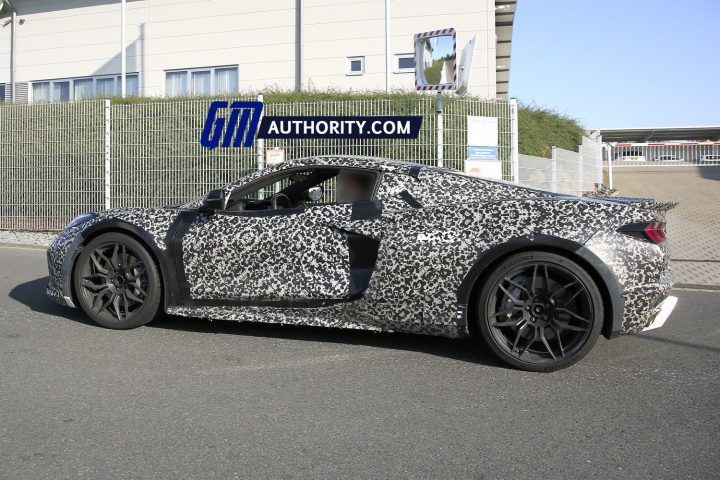 While the exterior features are certainly noteworhty, the most important updates will be under the skin. The Corvette E-Ray will boast the same atmospheric 6.2L V8 LT2 gasoline engine as the C8 Corvette Stingray, but the powertrain will be electrified with the addition of a new hybrid system. 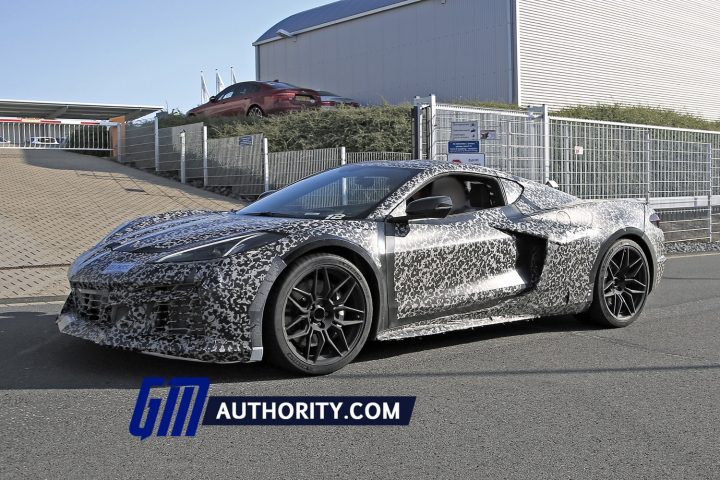 The hybrid system is expected to mount a pair of electric motors in the front of the vehicle to power the front wheels, complementing the gasoline engine that drives the rear wheels, making the new Corvette E-Ray all-wheel drive. Peak output is estimated at around 600 horsepower. 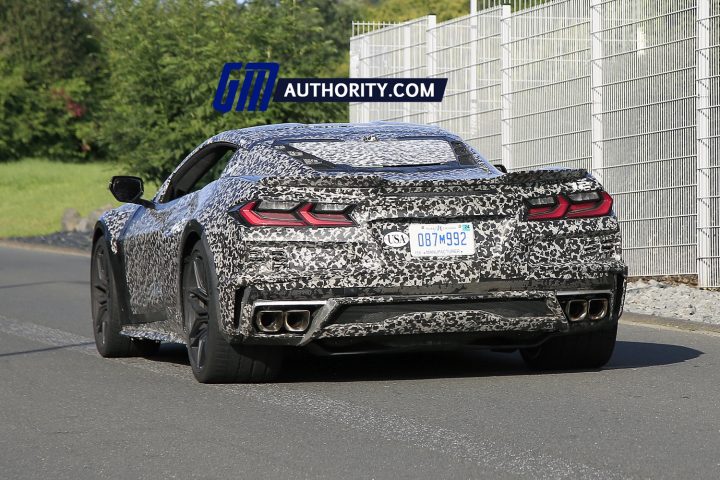 Late in August, we spotted prototypes of the upcoming Corvette E-Ray testing alongside another hybrid all-wheel drive sports car – the Acura NSX. That test session gave us a chance to hear the new E-Ray accelerate, showing off not only the mid-mounted LT2, but also the front tires digging into the pavement thanks to the newfound electric motors.

Besides the Stingray, Z06 and E-Ray, the C8 family is also expected to include the C8 ZR1 and the range-topping C8 Zora.