A 1996 Chevrolet Monte Carlo stock car that was raced by Dale Earnhardt in select NASCAR races attracted a significant $425,000 in a recent online auction hosted by Barrett-Jackson.

The car, which was offered from the personal collection of NASCAR team owner Richard Childress, was raced by Earnhardt at a number of short and intermediate tracks between 1996 and 1999, including Bristol Motor Speedway, Dover International Speedway, Rockingham Speedway and Darlington Raceway. The fan-favorite driver also took a win with the car at Rockingham Speedway in 1996. It is powered by an RCR 358 cubic inch V8 engine, which is paired with a four-speed manual transmission. 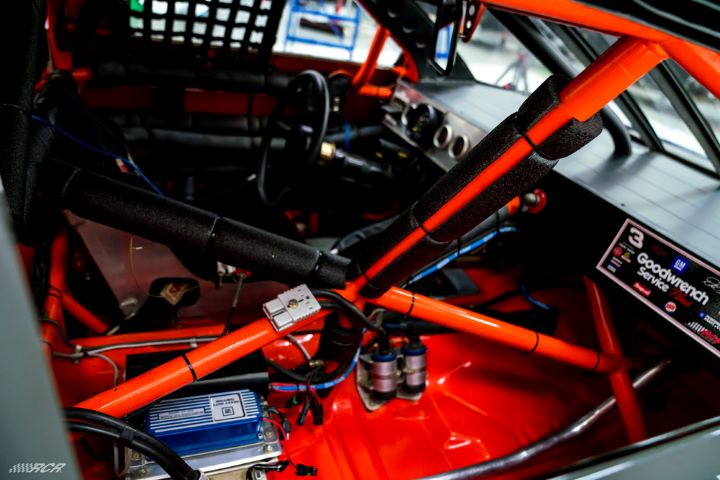 All proceeds from the sale of this ex-Earnhardt Chevrolet Monte Carlo will benefit non-profit organizations Feeding America and Samaritans Purse. The lucky new owner will also receive VIP treatment from Richard Childress himself,” when picking up the car from the Richard Childress Racing headquarters in Welcome, NC, Barrett Jackson says. This visit will include an exclusive, VIP tour of RCR’s workshop and museum, lunch with Mr. Childress at Childress Vineyards and a personalized case of Childress Vineyards wine. 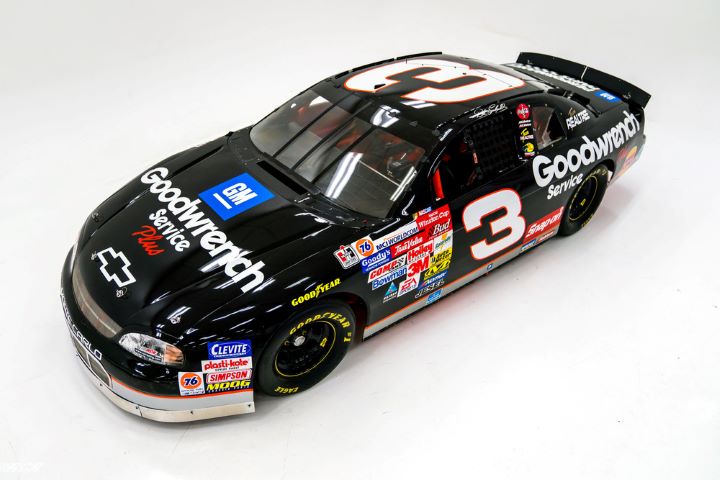 This is the first time that Childress has parted with an original Earnhardt car from his personal collection, though other select Earnhardt cars have been sold by RCR itself to private collectors. Earnhardt raced for RCR from 1984 until his death in 2001 and also raced for the team briefly in 1981 prior to a two-year stint at Bud Moore Engineering. 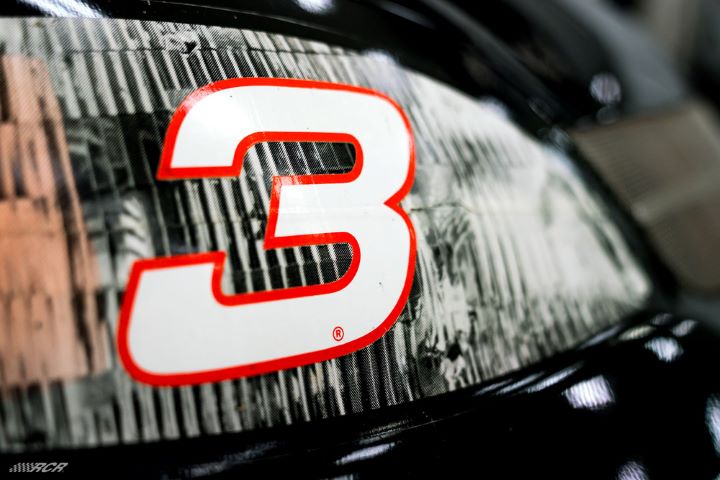 Check out the original online auction listing at this link for some more photos of this legendary Earnhardt driven Chevrolet.