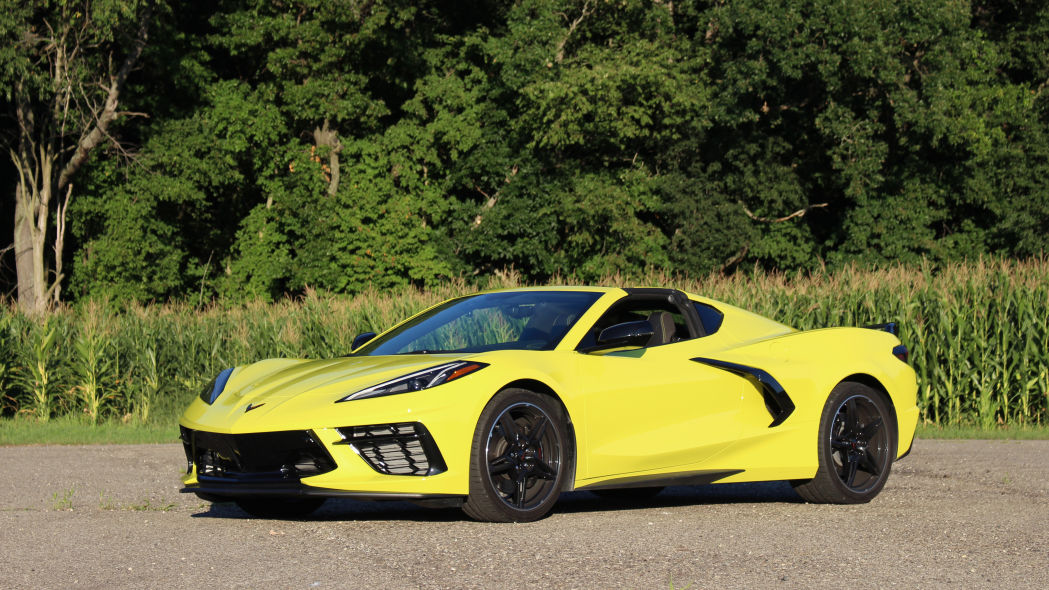 It might expand the name, a la the Ford Mustang Mach-E

Corvette may be going plural.

General Motors is working on a strategy to build at least one new electric vehicle inspired by its Corvette sports car, potentially expanding the brand from a single performance model into a family of vehicles, people familiar with the matter said. If the plan is approved, the most likely model to emerge later this decade would be a marriage of a crossover SUV and a sports car.

The automaker has toyed with the idea of building different types of vehicles with Corvette styling and performance in the past but never took the plunge. Purists worried about muddying the image of a vehicle with legions of die-hard fans and owners.

GM has designers working on several Corvette-brand concept vehicles that target a wider range of buyers, said the people, who asked not to be named because the plan has not been publicly unveiled. These seek to blend Corvette’s reputation for high-performance driving and rakish styling with creature comforts such as more interior room and storage, the people said. They added that the program is referred to internally as Project R or Brand R.

The company’s stock rose as much as 2.4% to $52.75 in after hours-trading in New York following the news. It closed at $51.53, setting a record for a third consecutive day.

A Corvette SUV could go on sale as soon as 2025 but probably after that, one of the people said. That would follow similar efforts to cash in on renowned nameplates by several other automakers who’ve expanded their niche brands beyond core vehicles.

Ford Motor Co. recently launched an electric crossover called the Mustang Mach-E sporting its iconic pony-car name. Lamborghini debuted the luxury Urus sport-utility vehicle in 2018, and sibling Volkswagen AG sports-car brand Porsche has sold more SUVs than sports cars for years. The Corvette model GM is most likely to build has a similar profile to the Mach-E and Urus, the people said.

GM plans to sell an electric pickup under the Hummer brand once known for SUVs. Ferrari has expanded its lineup and now has a market value of about $42 billion.

Any addition to the Corvette line would be a pure battery-electric vehicle, one of the people said.

GM Chief Executive Officer Mary Barra has taken a series of steps recently to make electrification a hallmark of her tenure. Barra pledged in November to boost investment in EVs by 35% to $27 billion over the next five years. And she previewed a slew of luxury and commercial EV models at CES, the former Consumer Electronics Show, this week, sending GM’s stock to record highs.

Developing a family of Corvette vehicles — even a small one — would be a big departure for the Detroit-based automaker and possibly create a valuable franchise within the company. GM designers have mulled broadening Corvette beyond one car on and off for about 20 years, the people said, but none of the conceptual models were built.

Corvette debuted its eighth-generation Corvette to much fanfare in 2019, and sales rose 20% last year. It marked a big departure from its heritage because GM shifted to a mid-engine configuration, which sports-car enthusiasts prefer because of its better balance.

GM has hinted that a hybrid-electric version of the Corvette is in the works, with added low-end torque and improved fuel economy.

During a CES presentation on Jan. 12, Mike Simcoe, GM’s vice president of design, said GM’s Ultium battery pack enables the company to make a wide range of models, especially for a broad brand like Chevrolet.

“The Ultium platform will allow Chevrolet to further expand its range of electric vehicles to full-size pickup trucks, compact crossovers and even high-performance vehicles,” he said.