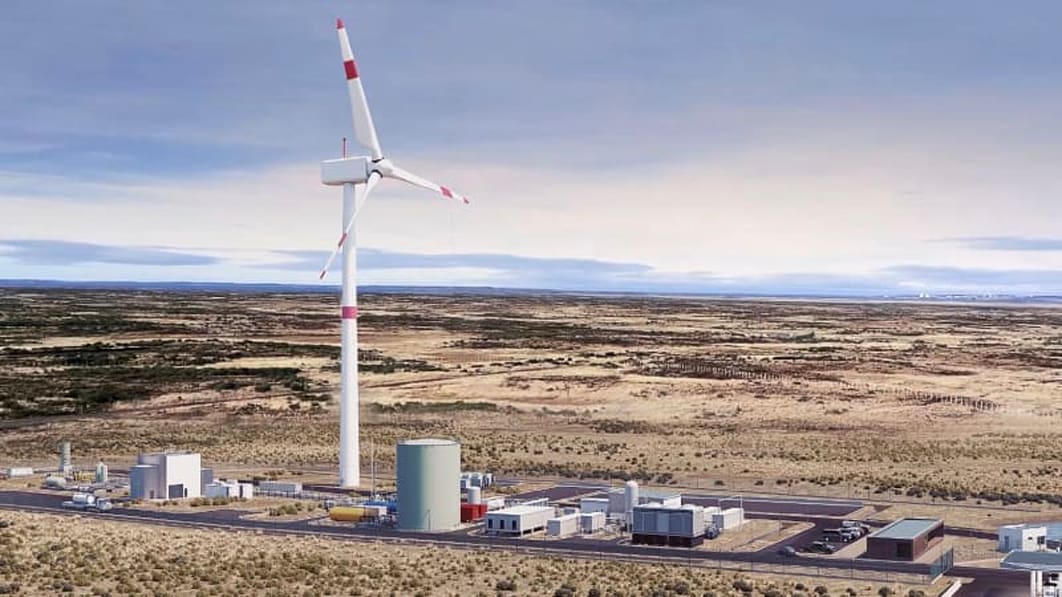 Porsche will fill up its race cars with it in 2022, road cars after that

Porsche and its international partners have started building the factory that will produce a new synthetic fuel starting in 2022. Located in southern Chile, the plant will make fuel for race cars, sports cars like the 911, and classic cars.

Producing synthetic fuel is an extremely complex and highly innovative process. In the company's words, electrolysers split water into oxygen and hydrogen using wind power, hence why the plant is in Chile; it's located in one of the most reliably windy parts of the world. CO2 is then filtered from the air and combined with the hydrogen to produce synthetic methanol, which in turn is converted into fuel that can be burned in a piston engine.

Porsche sees synthetic fuel as a non-electrified alternative to gasoline in markets where so-called Green Deal regulations are trying to make the internal combustion engine illegal in the coming years. "Our icon, the 911, is particularly suited to the use of eFuels. But so are our much-loved historic vehicles," said Porsche's R&D boss Michael Steiner. He added that approximately 70% of the cars Porsche has made are still on the road.

In theory, running a car on Porsche's synthetic fuel won't require mechanical modifications. "Our fuel specifications meet exactly the existing ones, so you could burn such fuel in a 993 without damaging the engine, and without making mechanical adjustments," Steiner told Hagerty. There's a catch: it won't be cheap. When it arrives in Europe, where it will be distributed by ExxonMobil, it could cost about €2 per liter depending on taxes. That's about $9 per gallon at the current conversion rate, which is more than even most Norwegians pay for gas in 2021.

Porsche will begin making synthetic fuel in 2022; it notably plans to fill up the cars that race in its Mobil 1 Supercup series with it. The plant will produce about 34,000 gallons of the fuel in 2022. If everything goes according to plan, its annual output will increase to about 14.5 million gallons by 2024 and around 145 million gallons by 2026.