It's not a new medication or the fictional sister city of Atlantis. It's the name the combined company between Fiat Chrysler Automobiles NV and French automaker Groupe PSA will take if their 50-50 merger closes as they expect in the first quarter of next year.

As the name exclusively for the combined parent company based in the Netherlands, Fiat Chrysler's operations in Auburn Hills would become the Stellantis North American headquarters. The two companies' vehicle brands and logos will remain unchanged, according to a joint statement from Fiat Chrysler and Groupe PSA.

The new name is derived from the Latin verb "stello" meaning "to brighten with stars" — a nod, according to the companies that each have produced vehicles for more than 120 years, to their long history and the intention to create a competitive global company.

"I think the name sort of sets the tone for a fresh start," said Stephanie Brinley, principal automotive analyst for the Americas at IHS Markit Ltd. "It does communicate that they are pushing forward, and that this will be a 50-50 merger, which can be really difficult. Doing this does support this view of a new company that both the prior companies have a stake in. 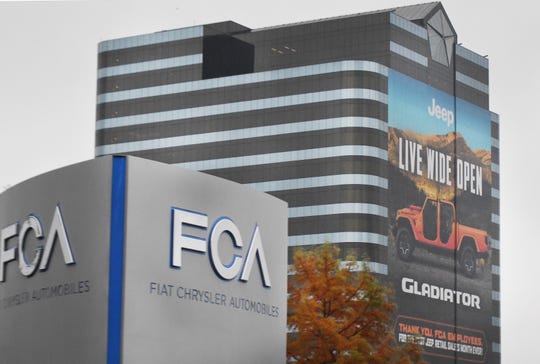 "I'm not sure that it matters to consumers on a really specific level. What they'll find will matter is how products are executed."

Stellantis also does not have any obvious connection to one country, Brinley added. It would have ownership of the Italian American automaker's Ram, Jeep, Dodge, Chrysler, Fiat and Maserati brands and the French company's Peugeot, Citroën, Opel, Vauxhall and DS brands.

"It gives them the space under that umbrella to give their storied brands all the respect and love they want to," Brinley said.

The name also avoids an alphabetic soup of acronyms that combining the companies' current names would make, notes Karl Brauer, executive publisher of Kelley Blue Book. And by not using one brand name over another, it avoids making one seem more important than another.

"The two weakest brands inside Fiat Chrysler are Fiat and Chrysler," Brauer said. "It gets away from a specific brand that can be a little uncomfortable if and when they clearly struggle to have market viability. That's another benefit."

The process to identify a name with support from French advertising firm Publicis Group began after the automakers in December signed a binding agreement for the transatlantic merger that is expected to create the fourth-largest automaker by volume. The companies project annual savings of $4.1 billion. The scale, they say, would provide the needed capital to invest in future technologies and compete in the evolving industry.

The lofty Stellantis title might represent those high expectations, Brauer said: "You better be able to a deliver powerful dynamic and vibrant new company to support that name."

The Netherlands-based tie-up has received antitrust approvals from several jurisdictions, including the United States. China, Japan and Russia. The European Union's executive branch last month, however, opted for a four-month investigation into the merger over concerns with commercial van competition on the continent. A decision is due in October. The companies still expect to close their deal by their previously stated deadline.