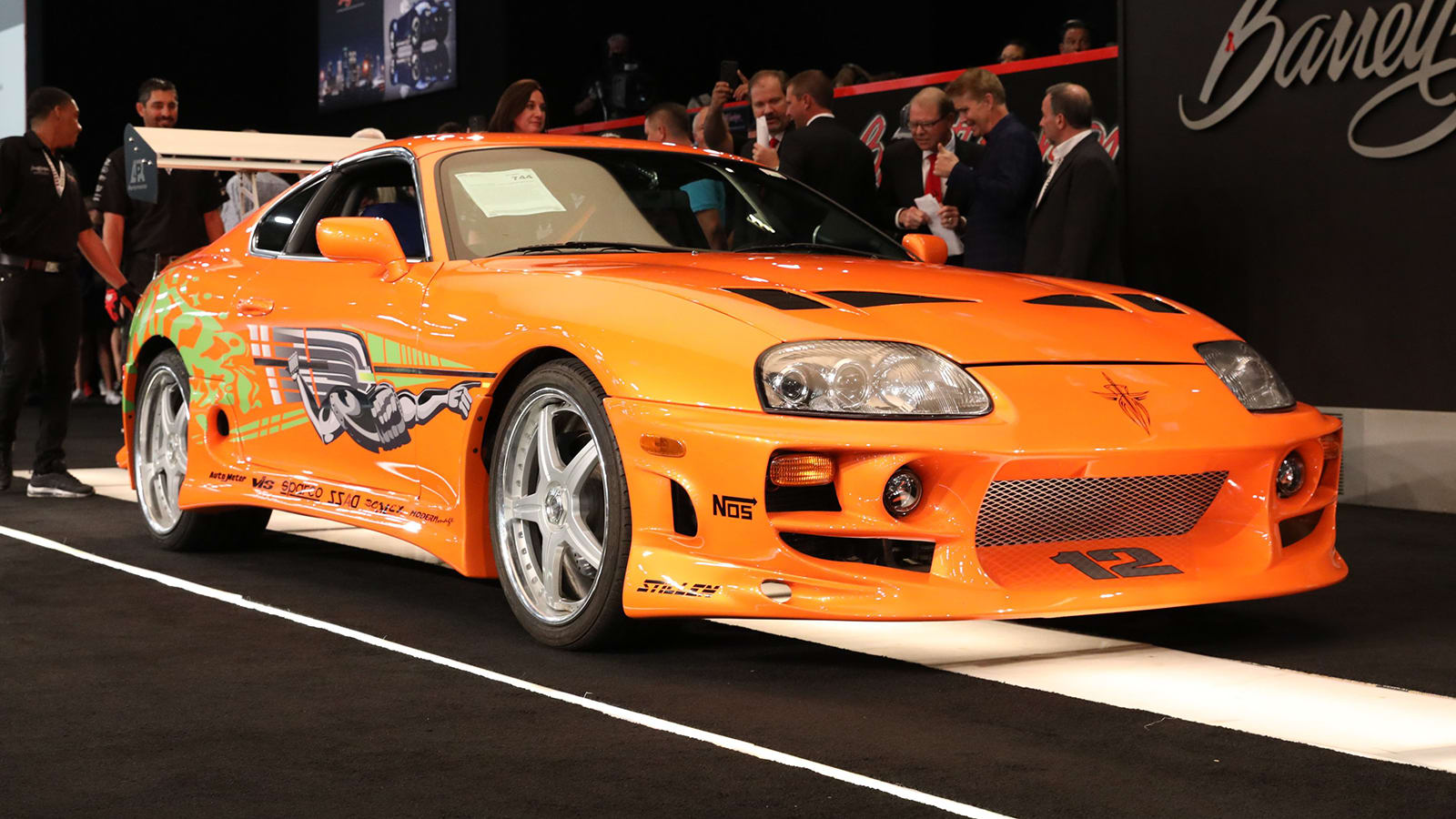 This one actually appeared in "2 Fast 2 Fuious," er, too

If you needed a sign that used car prices are getting out of hand, here you go: Someone spent over half a million dollars on a 27-year-old Toyota this weekend! Kidding aside, this is arguably the most famous Toyota in the world, the 1994 Toyota Supra from not just the original "The Fast and the Furious" but also the sequel (in a different color scheme) "2 Fast 2 Furious." And the selling price was $550,000.

Getting more specific, this car was one of a number of Supras given this look for shooting the film. It is a factory twin-turbo Supra with the stock engine intact. Less exciting is the fact it's an automatic model. But the appeal isn't necessarily in having a serious Supra to drive, but to have a piece of movie history, and it does look just as it did for the first movie.

That's noteworthy because the car was also used in the second film. But it was repainted and modified to become the car for side character "Slap Jack." It shows up in the opening race of "2 Fast 2 Furious." At some point, the car was restored to the specification of the original movie. Based on sale price, it seems that whichever owner chose to go back to the old design made the right choice.