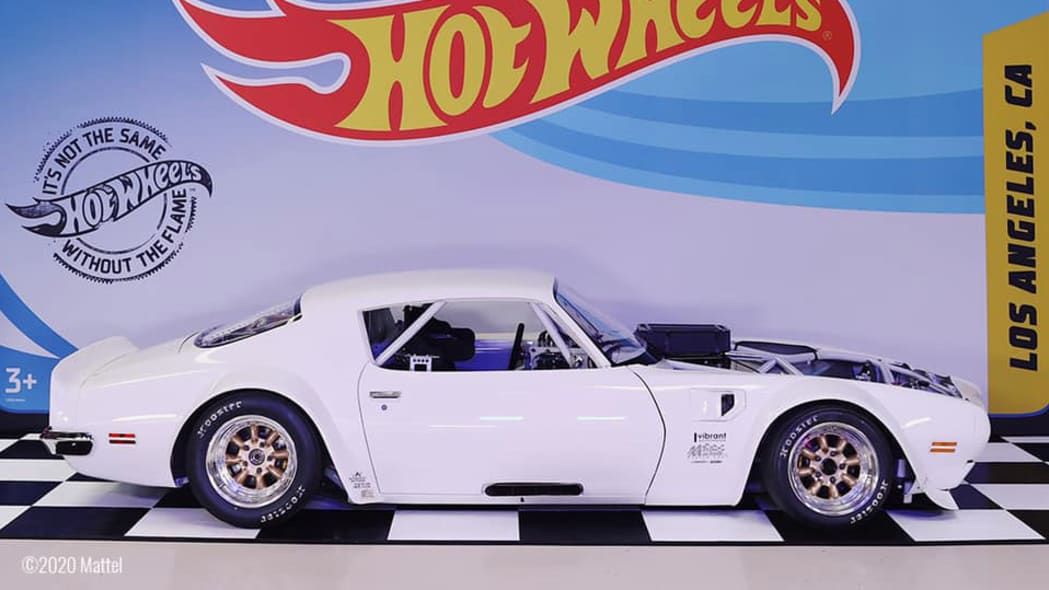 Each year, the Hot Wheels Legends Tour scours the country to find the coolest real-life cars and chooses one to be made into a $1 diecast toy. Earlier this month, the search came to an end when Riley Stair's heavily modified 1970 Pontiac Firebird Trans-Am won the honors.

In a normal year, the Hot Wheels Legends Tour would visit multiple cities, holding a car show where judges would select one winner for that stop. At SEMA, each city's winner would then compete for the top spot. However, due to the coronavirus pandemic, this year the contest was held virtually and globally. And since SEMA was canceled too, the finale was held on the "Jay Leno's Garage" YouTube channel with Leno, Snoop Dogg, Gabriel Iglesias, and Hot Wheels designers as judges.

What set the Firebird apart was, for starters, its front-mid-engine layout. Its LSX V8 was pushed so far back into the firewall that one bank of exhaust headers had to flow forward before curving around the front of the engine to a side-dump. Of course, all of this was custom fabricated, like the roll cage and front tube frame, with professional-grade welds. The body was also heavily modified, flared and channeled to give it a mean stance. But it's the custom Ohlins suspension with independent rear that give it its track-ready look.

Perhaps most impressively, this car, which could go toe-to-toe against (and frankly exceed many) six-figure pro builds at SEMA, was built in the side yard of Stair's parents' house. Aside from body and paint, this was a shadetree job. Stair says it took a couple of years, devoting nearly every night and weekend to transforming a rusty and dented Firebird into his dream machine.