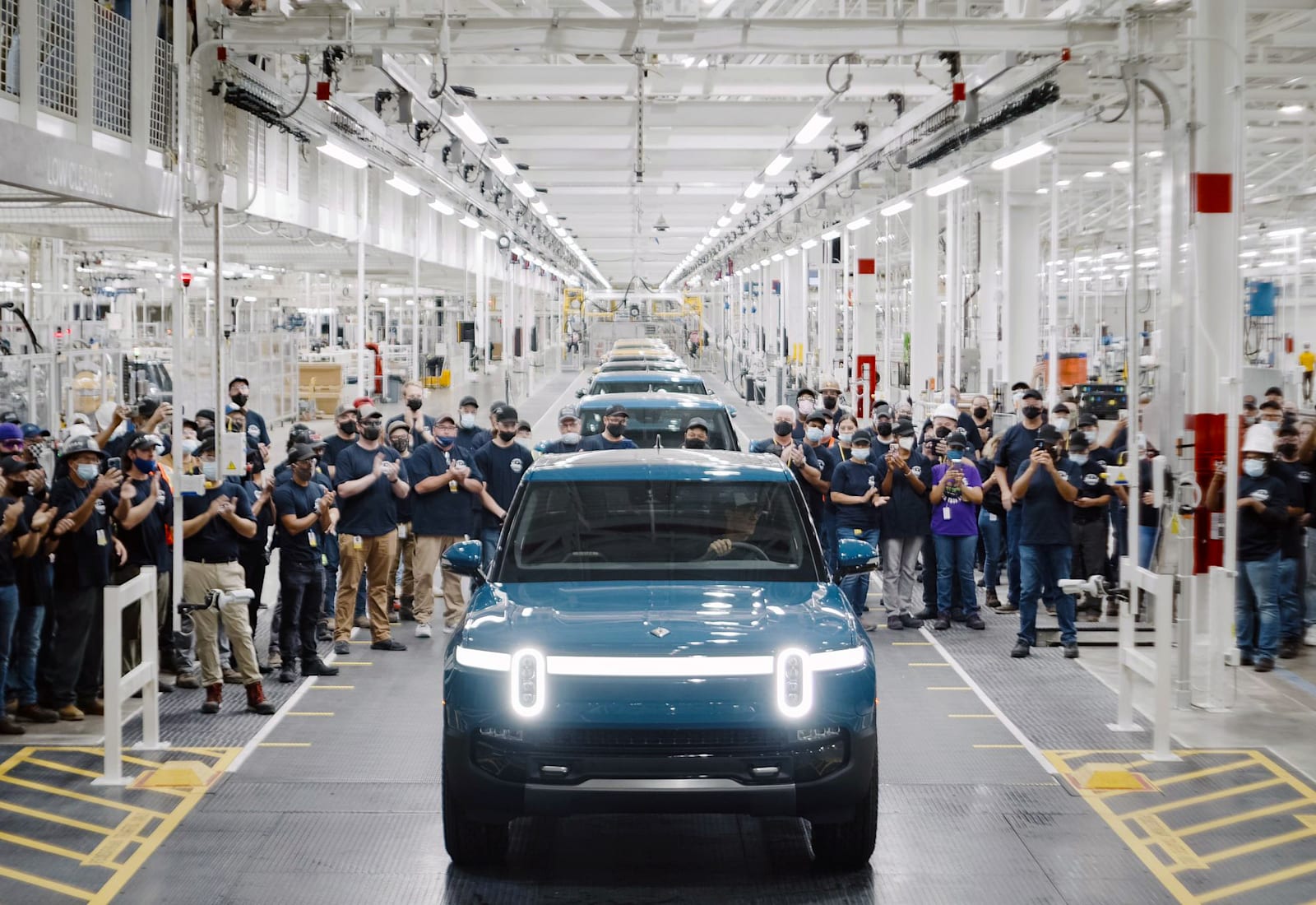 'Can't wait to get these into the hands of our customers!'

Today marks the beginning of the new normal in Normal, Ill., as the first production Rivian R1T electric pickup — meaning the first truck for commercial sale to a customer — rolled off the line at Rivian's factory.

Rivian CEO RJ Scaringe tweeted photos of the truck, done up in namesake Rivian Blue and surrounded by cheering crowds of factory workers and their families.

The accomplishment comes less than three years after Rivian came out of obscurity and burst on the scene at the 2018 Los Angeles Auto Show. Since then, the company has come a long way — building out the former Mitsubishi plant in Normal, obtaining billions of dollars in backing from Amazon and Ford, and earning EPA range estimates of 314 miles for the R1T and 316 for the upcoming R1S utility vehicle using their initial midsize battery packs.

For Rivian's next act, it plans an initial public offering of stock before the end of the year in which it could seek a valuation of between $50 billion and $70 billion.

But for now, that first truck's out there, and the photos show a long line of pickups ready to follow. 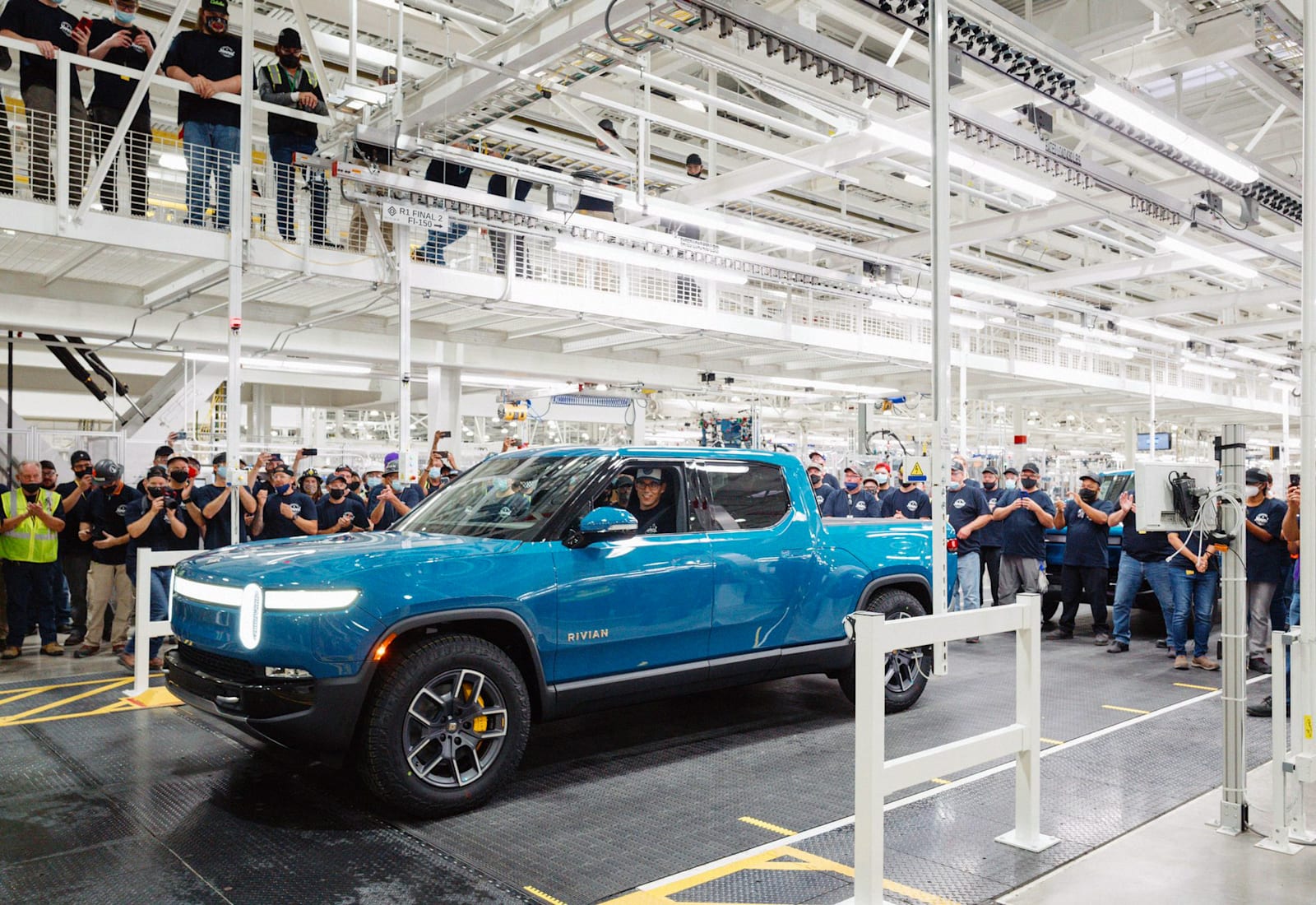 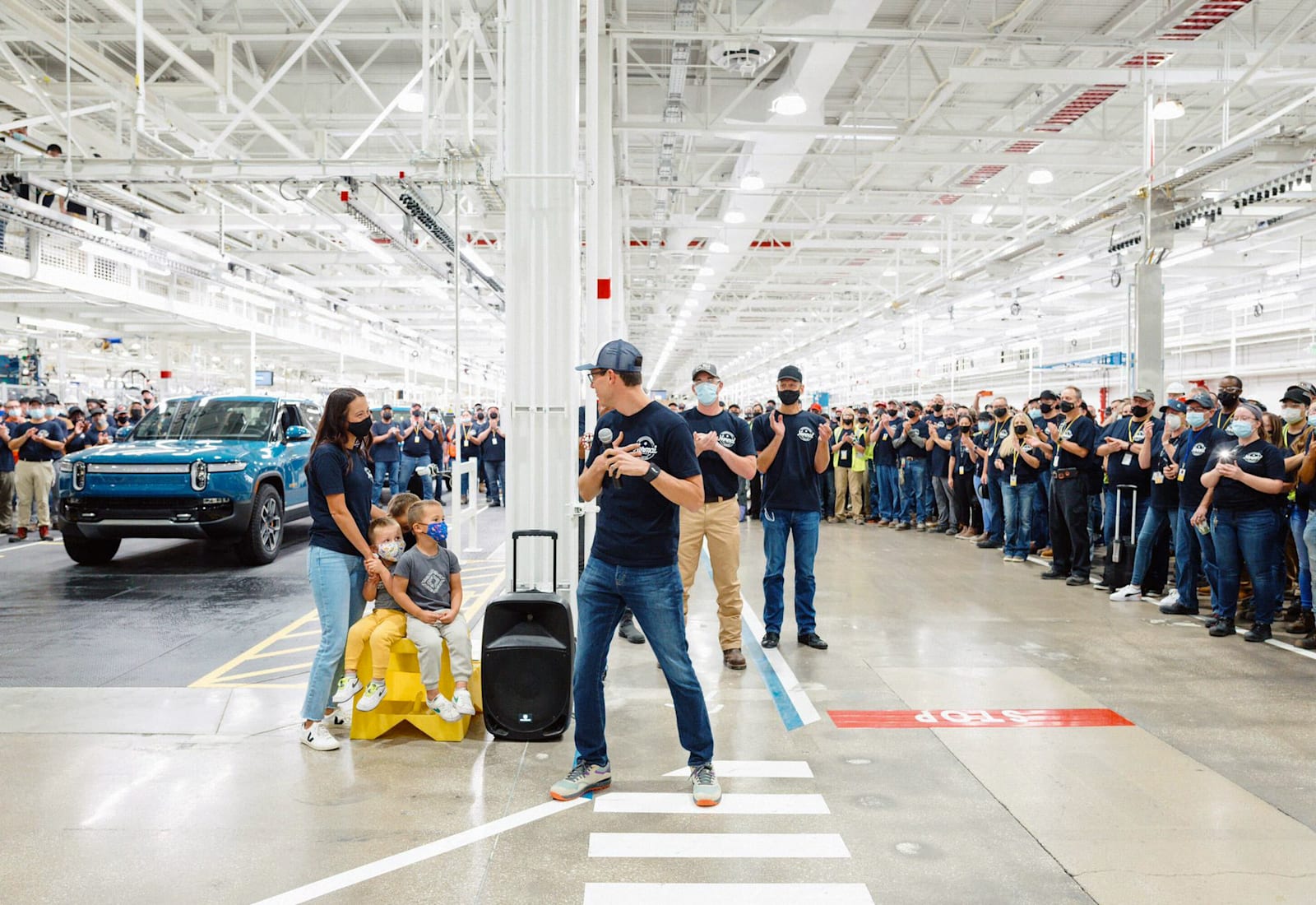