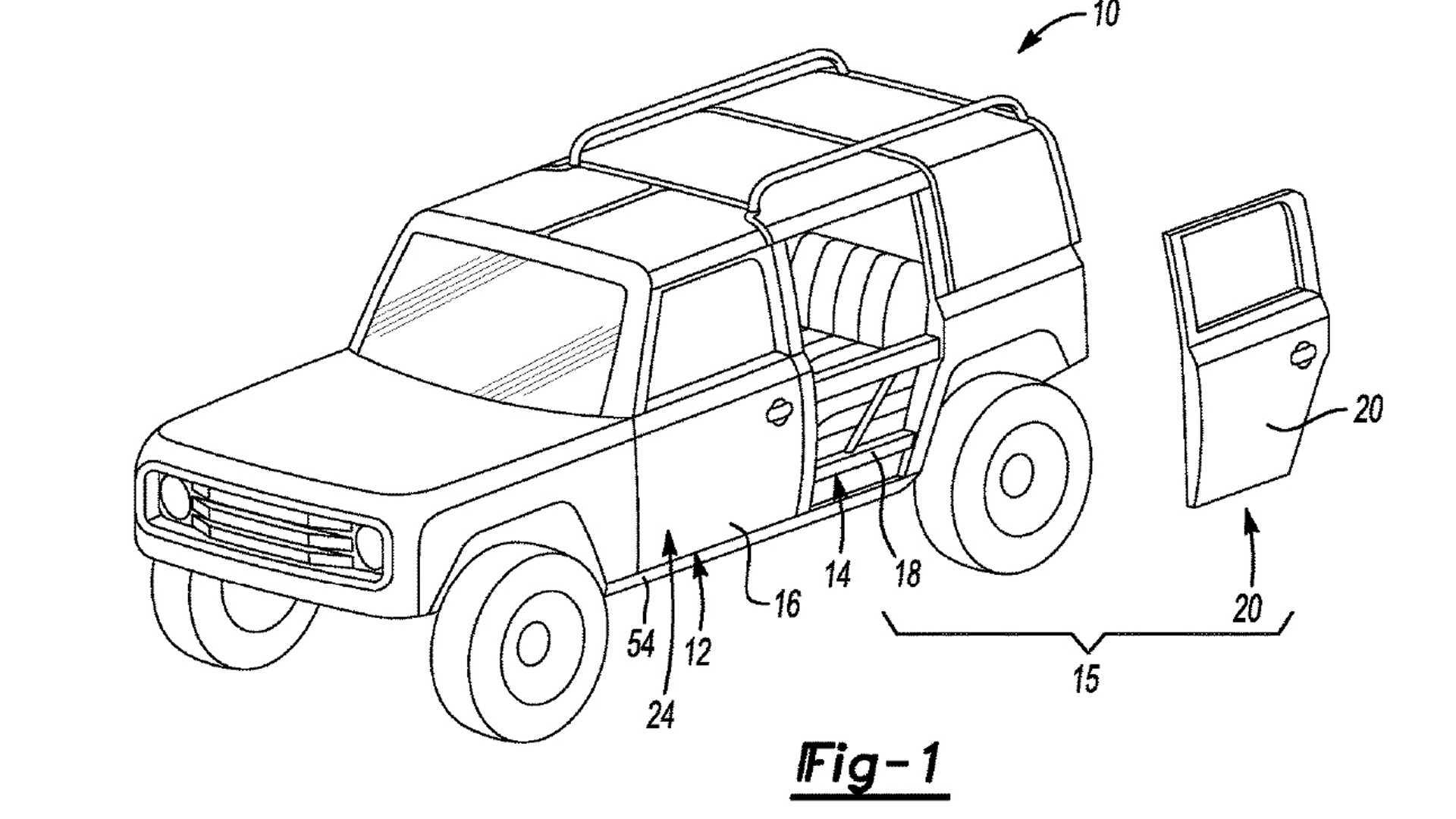 Will this be the actual design used in the production Bronco?

We sympathize with automakers when it comes to debuting new vehicles. Our sympathies run even deeper when it’s a highly anticipated machine like the Ford Bronco, and that’s especially true when the vehicle in question features all sorts of fresh designs and technology. Protecting such things with patents is very important, but it’s also much harder to keep everything a secret because let’s face it – we love to dig up secret information.

That brings us to a patent application filed by Ford back in May 2018, but only recently published online. Of course, you won’t find the word Bronco anywhere in the description for this removable door design but let’s be realistic here. Ford isn’t planning to offer quick-release removable doors for the Explorer, and actually, the sketch of this particular SUV certainly resembles what we’ve seen already on the Bronco R. 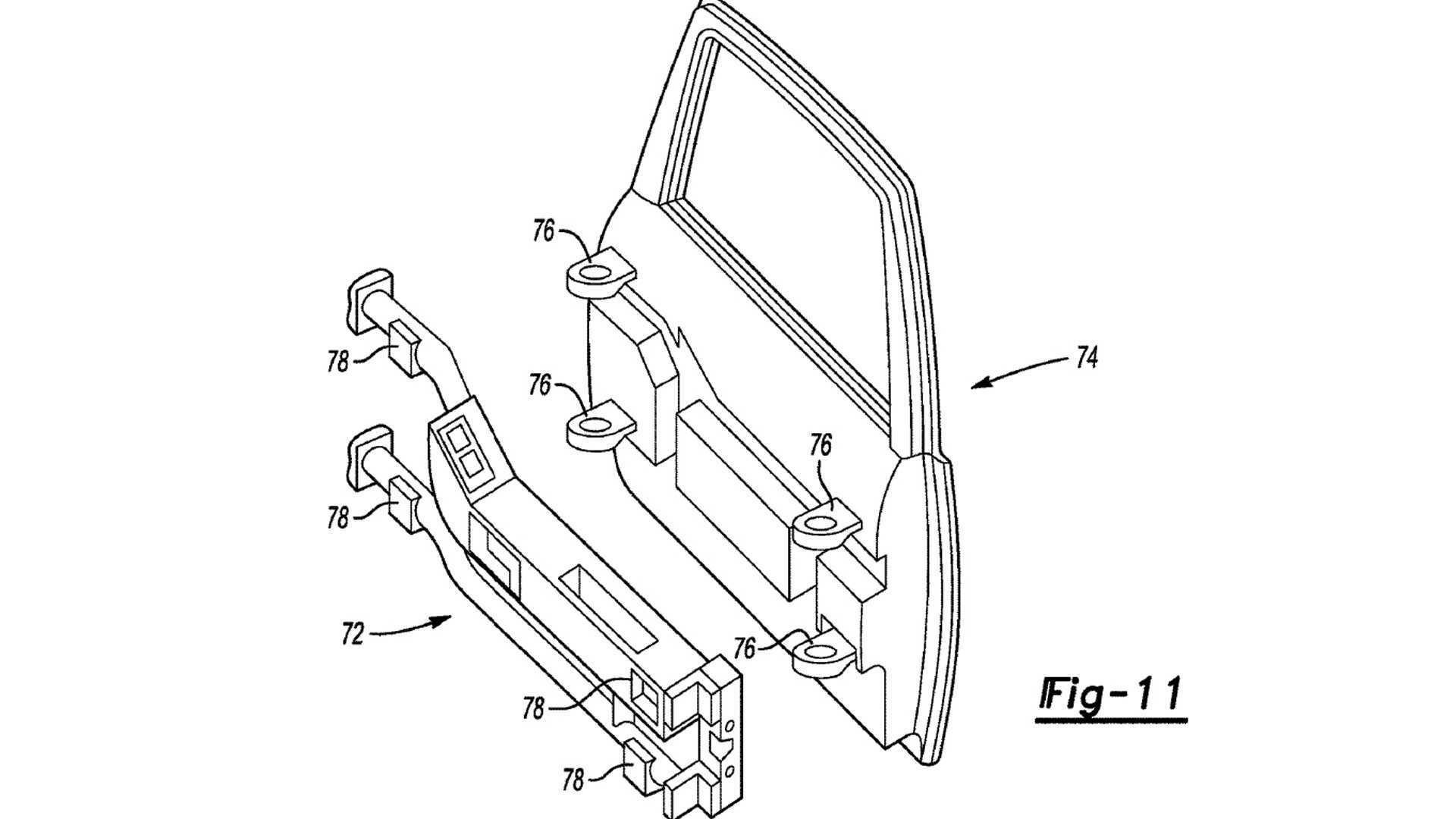 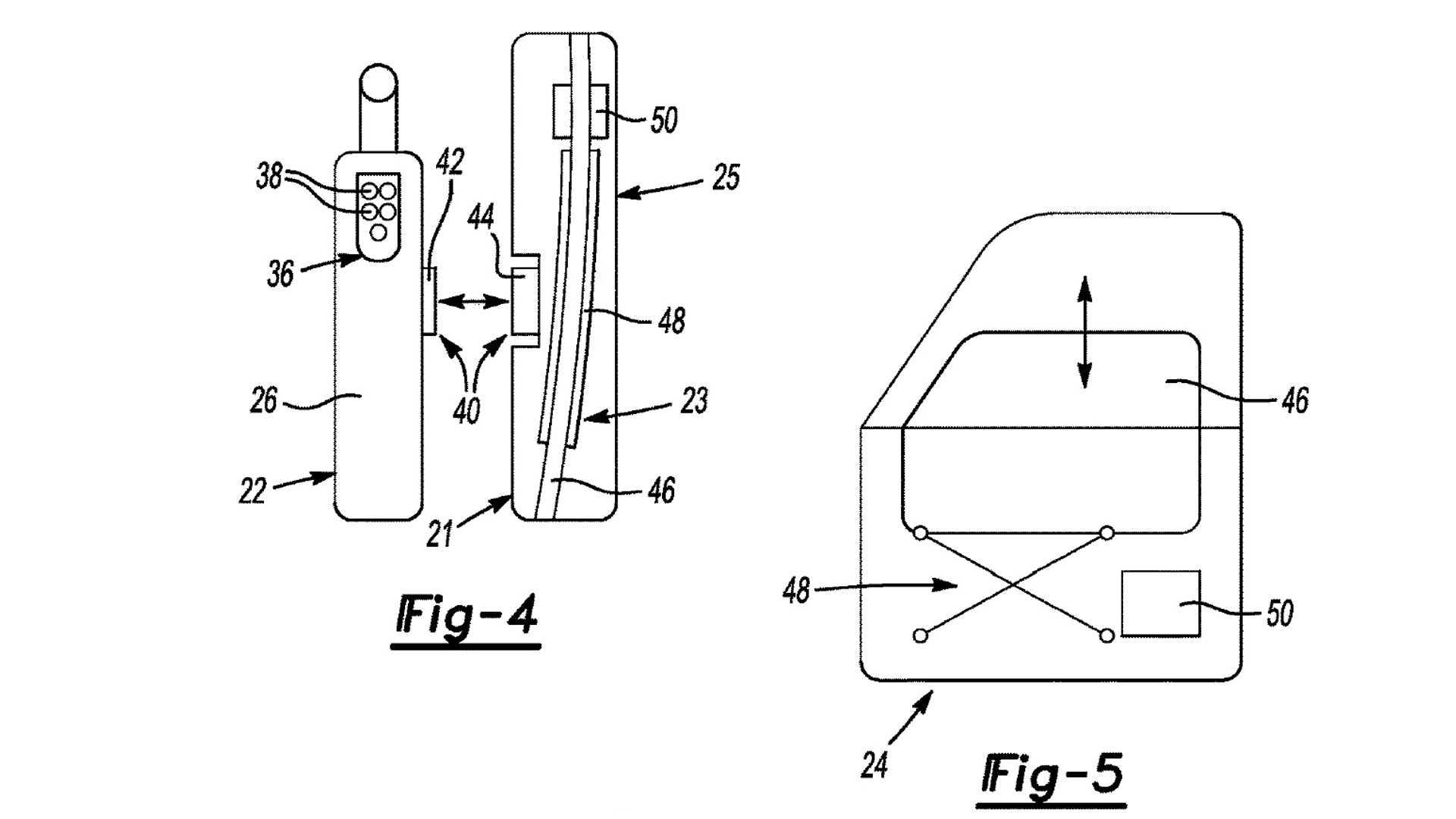 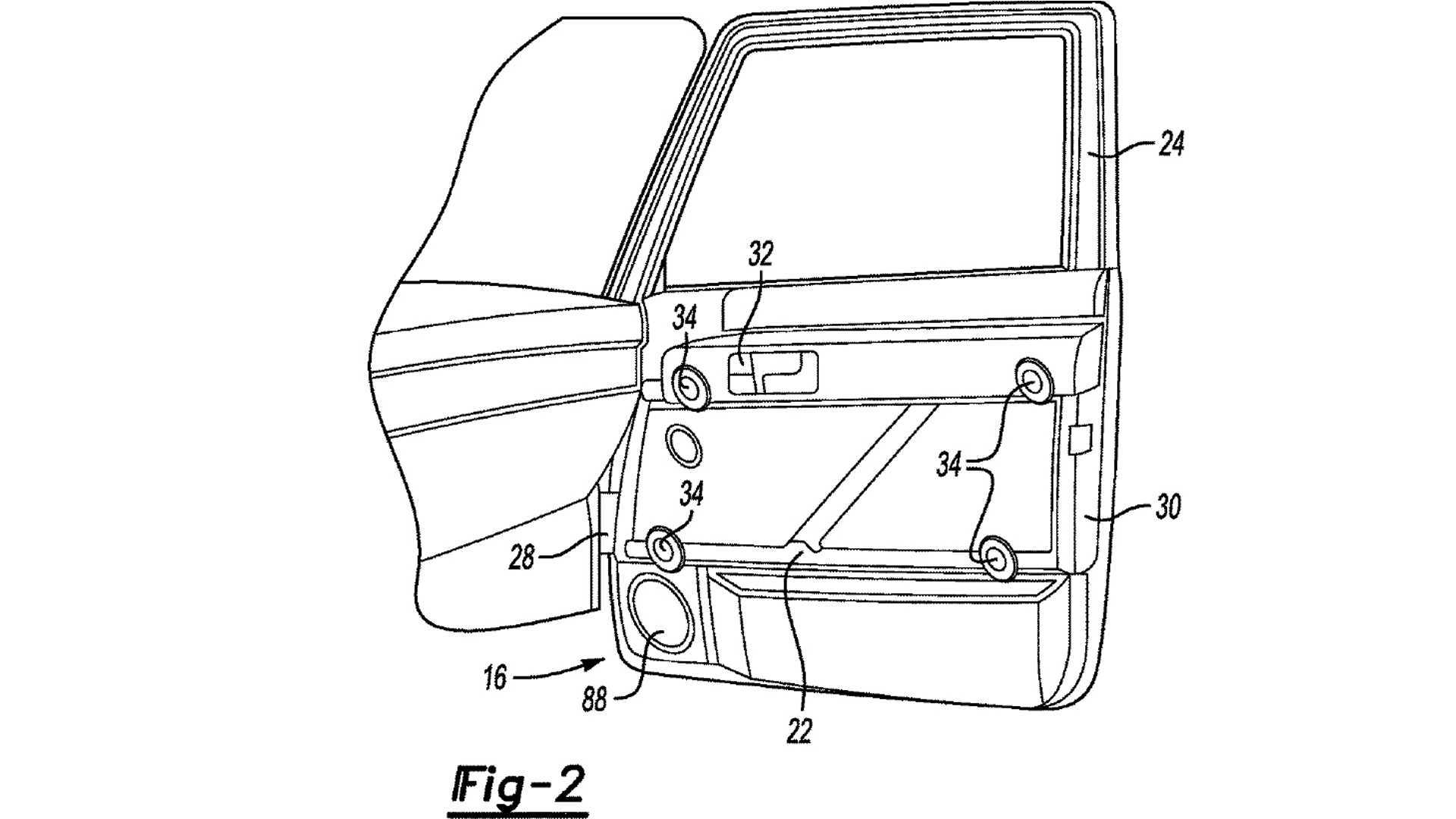 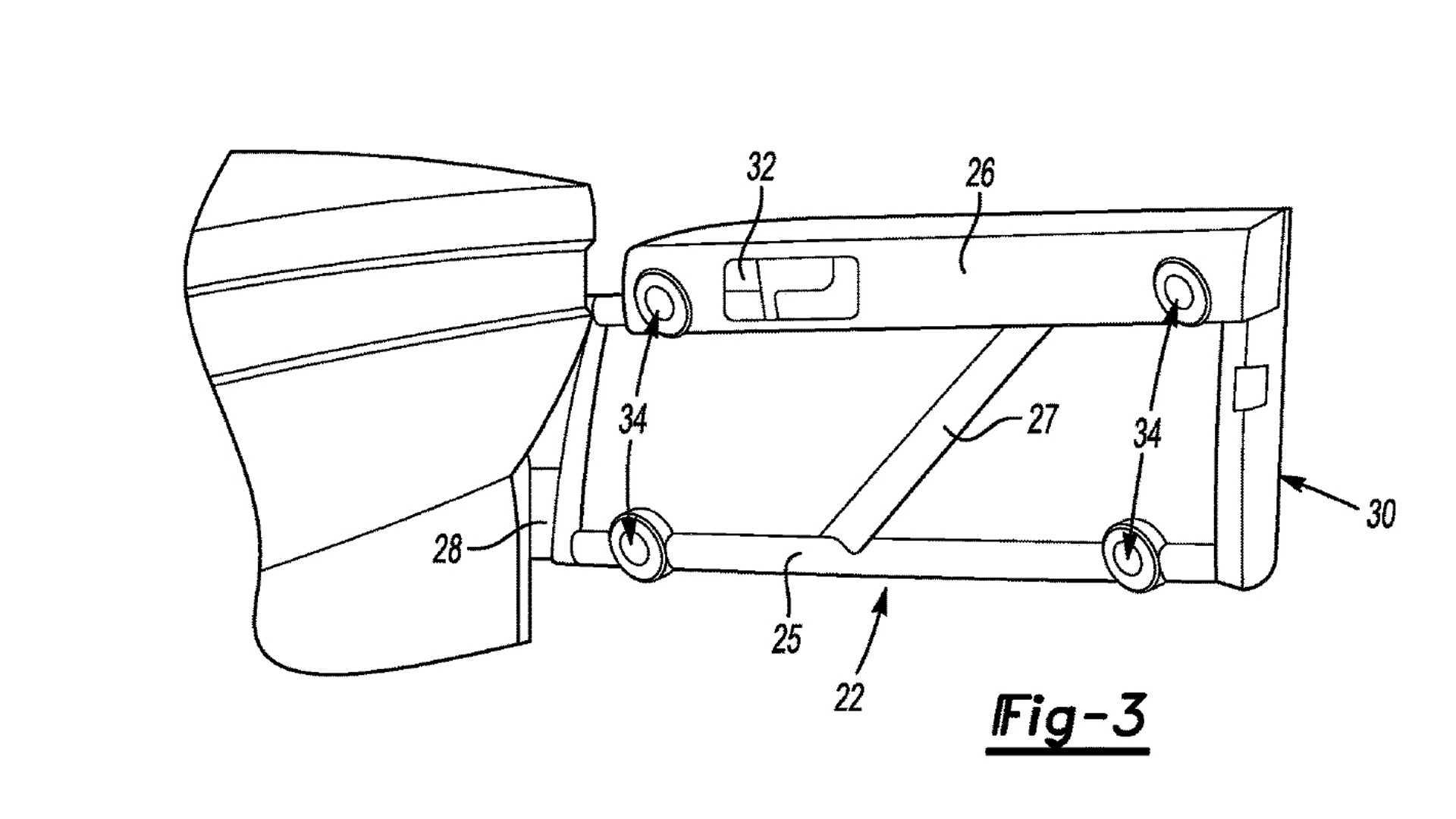 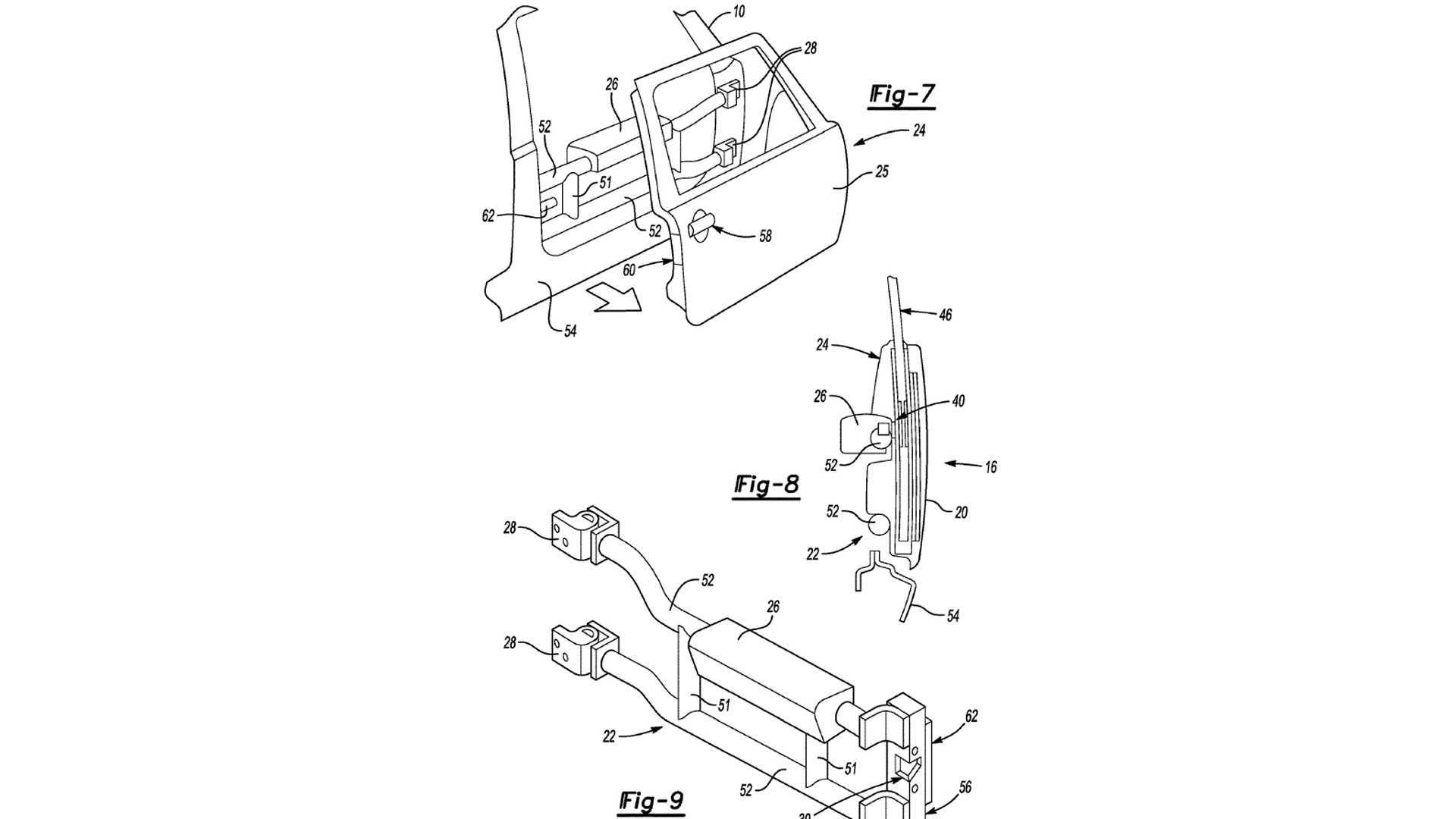 And that’s exactly what this patent application is for – quick removable doors. The abstract for the patent application specifically references an outer door that “is removably secured to the gate subassembly by at least one quick connect mechanism.” Without going too deep into legal patent speak, it appears this design incorporates an inner tubular door that contains the door handle and electric switches for power windows and locks. The outer door attaches to the inner tubular setup with various quick-release latches that allow the door skin to quickly come off. The inner assembly remains firmly in place, providing some measure of protection while still giving driver and passengers an open-air experience with increased visibility.

Often times, we advise readers to take patent applications with a grain of salt. All kinds of crazy ideas go out for patents, and many never make it past the initial concept. However, it’s all but guaranteed the new Bronco will have removable doors – we’ve seen several other door-related patents covering everything from extended barriers to airbag systems – and this quick-release arrangement makes all kinds of logical sense to us. It’s also a one-up design on the Jeep Wrangler’s removable doors, with are a bit complicated to take off and offer no additional substructure.

Whether or not this is a finalized design for the Bronco remains to be seen, but we wouldn’t be the least bit surprised to see it verbatim when the long-awaited SUV debuts. That will happen next month with a likely appearance at the New York Auto Show.