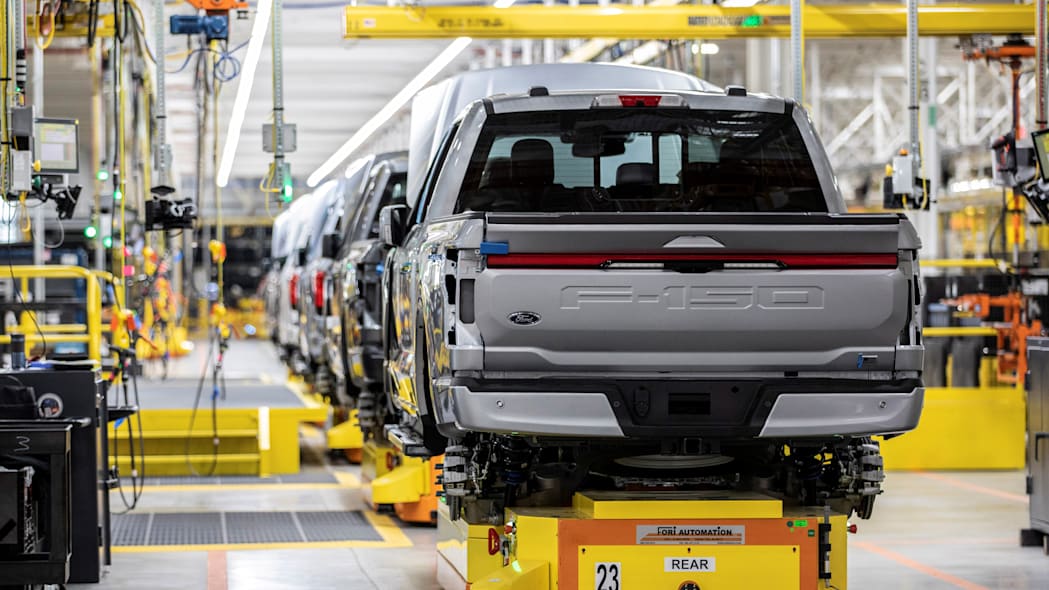 Ford's last three new vehicles have all been big hits, and every one of them — the Mustang Mach-E, Bronco and Maverick — has resulted in reservation holders and shoppers writing stories on the Internet about regrettable interactions with dealerships. The sad tales have most often centered on dealer markups, but plenty also described being asked to pay more money to hold a reservation or one's place in line. With the 2022 Ford Lightning electric pickup on the way to dealers in a few months, Ford is trying to put a stop to shenanigans. Admittedly, dealer franchise laws severely limit Ford's ability to influence how the dealer treats the customer, but the automaker is going as far as it can within those restrictions. As posted on the F150gen14 forum and then removed by Ford's request, the company's VP of sales for the U.S. and Canada sent a note to all of its dealers that began, "It has come to our attention that a limited number of dealerships are interacting with customers in a manner that is negatively impacting customer satisfaction and damaging to the Ford Motor Company brand and Dealer Body reputation."

Ford can't stop the dealer markups, which a spreadsheet put together by an EV subreddit shows run from $1,500 to $10,000 right now. However, Ford can go after dealers trying to get bigger deposits from those who have already secured their Lightning reservations by paying the $100 fee. That same spreadsheet claims a dealer in Virginia was asking $30,000 to be among the first 25 reservation holders, while other buyers have written about being charged up to a non-refundable $5,000 to maintain their confirmed reservation slot. In the letter the sales exec wrote to dealers, he said, "These actions are perceived as threatening customers by withholding their opportunity to convert reservations to orders," and "This behavior is not allowable" because it contravenes language in the contract between the OEM and dealers that compels dealers to behave in a way that "reflects favorably on dealers, the company and its products." As such, the letter said, "The Dealer shall avoid in every way any 'bait,' deceptive, misleading, confusing or illegal advertising or business practices."

We'll allow you a moment to digest that.

Anyway, the Lightning is the model getting all the attention because Ford's hopping into undiscovered waters with the electric pickup and is keen not to alienate the buyers it might find there. This is especially important, as North American communications head Said Deep told the Detroit Free Press, because EV pickup competitors enjoy a direct sales model designed to make the buying process easier (although it doesn't always work that way). Another Ford exec has tweeted advice for avoiding markups and reporting dealers trying to play tricks. If Ford deems an outlet in breach of duty, the letter said "Ford Motor Company reserves the right to redirect that dealerships allocation of the F-150 Lightning" for the entire 2022 model year.

On the other side, Ford has told dealers it is "offering support for a No-Sale Provision" in the Lightning purchase contract enforceable for one year. This would be aimed at preventing buyers from flipping the pickup, as has been done with products like the GT and Bronco.

We don't know how much either provision will help during the runup and rollout of the F-150 Lightning, but we're sure we haven't heard the end of eye-popping stories about the buying experience