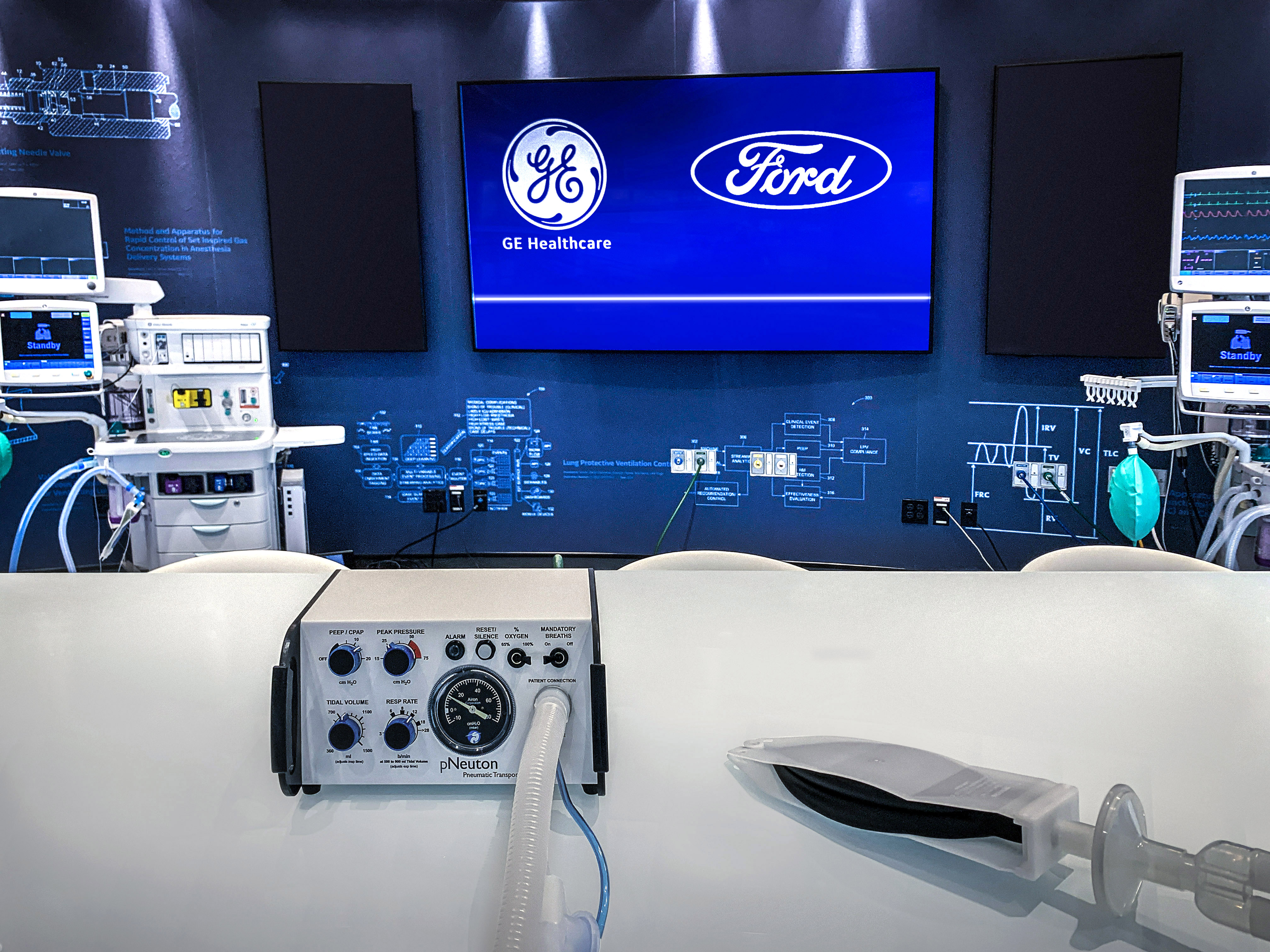 (CNN) - Ford plans to make as many as 50,000 simple ventilators for coronavirus patients within 100 days and plans to continue producing 30,000 per month after that, the company announced Monday.

The automaker said it will make the ventilators at its Rawsonville Components Plant in Ypsilanti, Michigan. The factory will be staffed by 500 United Auto Workers union members who have volunteered to work on the project, Ford said.

The ventilator is currently being made by Florida-based Airon Corp. and has been licensed by GE Healthcare. Ford (F) has been working with GE Healthcare to help it increase its ventilator output.

The Airon Model A-E ventilator that Ford will produce operates on air pressure alone and requires no electricity. Airon currently makes three of the ventilators per day at its factory in Melbourne, Florida. Ford's plant will produce the ventilators around the clock with three shifts of workers, Ford said, and it will make 7,200 of the devices per week.

Other automakers have also vowed to help manufacture ventilators on a large scale. General Motors (GM) is partnering with another ventilator maker, Ventec Life Systems, to help increase Ventec's production. Tesla (TXLZF)CEO Elon Musk said he plans to manufacture ventilators at a Tesla plant in Buffalo, though the company has not shared details about that effort.

A few other companies, including Dyson in the United Kingdom, are also designing new ventilators and pledging to help traditional medical supply manufacturers ramp up their production.

On Monday, Virgin Orbit announced it was also seeking to produce ventilators, making it one of the first aerospace companies to get involved. The California-based rocket startup said it has been working with UCI Health, a California research hospital, and the University of Texas at Austin, to create a prototype for a so-called "bridge" ventilator — a simple device that the company says can be quickly manufactured on a large scale.

Kevin Zagorski, an engineer who typically works on rocket engine design, is heading up Virgin Orbit's ventilator manufacturing efforts. He said that if the bridge ventilator design gets approval from the Food and Drug Administration for its design in the coming days, Virgin Orbit could soon begin producing hundreds or thousands of the ventilators per week at its Los Angeles factory. The company also plans to share the ventilator designs with other manufacturers in aerospace and other industries, who may be able to take up production as well.

Bridge ventilators could be used to treat some of the less critically ill Covid-19 patients in order to free up more sophisticated ventilators for those in dire need, Virgin Orbit said.

The rental car industry has ground to a near halt. This is what that means for automakers and car buyers