Ford, Jeep Look to Enthusiasts For the Next Big Thing

So keep raising those hands!

A few months ago, the Ford Bronco finally put tires to dirt in the middle of a pandemic. The Bronco serves to take away sales from the Jeep Wrangler. It has basically owned the off-road segment for decades. The big news was Ford would issue a manual transmission for it, but bad news came next when we found out it wouldn’t be available on the toughest-spec, Sasquatch model. The public cried out, via Twitter and elsewhere, and Ford decided to go back and offer the seven-speed stick.

A few months later, Ford did a similar thing for the Mach 1 Mustang, changing up and offering the hardcore Handling Package with the 10-speed automatic transmission. Jeep has selectively offered features for years including manuals, engine choices and top options. What we wanted to know is, what really goes into such a decision?

Automakers always say, “The customers wanted it,” but we wanted to find out if that was just an announcement to make news. Turns out, it’s far from the only factor. It starts with money, but not in the black-and-white, bottom line, balance sheet sense. It needs to make business sense. There are a multitude of factors besides hand raisers getting companies like Ford and Jeep to change course.

The first thing you need to know is that it’s not just about hand raisers, it’s about really understanding customer feedback and prioritizing resources.

“There is always a group of people that want something different, they want a Bronco that’s autonomous, they want it to fly,” Jeff Seaman, Ford Global Program Engineer, told Autoweek. “There are all sorts of things that people want, but what we’re really asking is ‘what they would use it for and why?’ With the Bronco Sasquatch situation, we had the best-in-class crawl ratio with the manual and 35-inch tires, so it makes it a very compelling package. It’s less about ‘hey we should have’ and more about ‘why.’”

“I go back to the Henry Ford quote that said,” Seaman continues, “‘If I had asked people what they wanted, they would have said a faster horse.’ The simple thing is, when you listen to why they want it (instead of what they want), that’s when you really understand it.”

When Ford said it was thinking about offering the manual transmission with the Bronco Sasquatch, customers and enthusiasts came out in droves. At that point, Ford put a team of five together with Seaman at the helm and in 30 days they did the CAD work, testing and assessments. Everything moves quicker now, and thankfully much of the needed work was software and calibration. The components were all there.

The Ford Bronco is loaded with special features, gleaned from customers.

“We start within the platform bandwith, how it needs to change, what needs to be changed and assessed, and then get going,” Seaman told us. “Of course, there has to be a positive business reason for doing it, it may cost money but the return on investment is plausible. We met every day for 30 days, talked to senior leadership and they gave the green light.”

For both the Bronco and the Mustang, it’s about fulfilling enthusiasts’ wishes. And having an enthusiast at the helm definitely helps. New CEO Jim Farley, who races historics on the weekends, brings that enthusiasm down from the top. So when Seaman, or Ford Mustang and Shelby marketing manager Jim Owens, talks to “senior leadership,” they know the big boss is into it. Owens and Seaman, by the way, worked on Mustang together in the past, and their bromance is palpable.

“We text each other pictures of our projects on the weekends,” said Seaman.

The Mustang Boss TracKey was a similar and telling situation. Customers didn’t tell Ford, “we want a special key that makes more power,” they said, “we want this to work on the track and the street.” From that, Owens and Seaman created the idea of the special key and calibration. If you don’t remember, you could bring your fifth-gen Boss Mustang to the dealership and for $302 they would load in the new program and give the extra ignition key to unlock the performance.

For Owens, “it’s about fulfilling enthusiasts.”

Jeep is the master at this sort of business. It has, upon customer demand, brought the diesel engine to the Wrangler and now a V8. The Gladiator is a similar case. People were clamoring for it for years before Jeep finally paved the way to build it. And obviously the Jeep Grand Wagoneer would fall under this umbrella. It also doesn’t hurt that there is strong demand for all things Jeep.

“How you deploy that capital spend across a portfolio is largely driven by our customers,” Scott Tallon, director at Jeep, told Autoweek. “The diesel has been a big topic of conversation since we launched the JL (Wrangler) and there were a number of owners who said ‘I thought they were going to bring the diesel with the new generation,’ well, all along we had planned to put the diesel in the Wrangler, it just wasn’t ready at launch.”

“We knew that putting the diesel in the prior generation JK was not a good return for us, there’s a tremendous amount of work, the certification process, and the timing it takes to do all that, it just didn’t make sense, but we knew we wanted to bring it out with the JL. And that was directly based on customer feedback.” 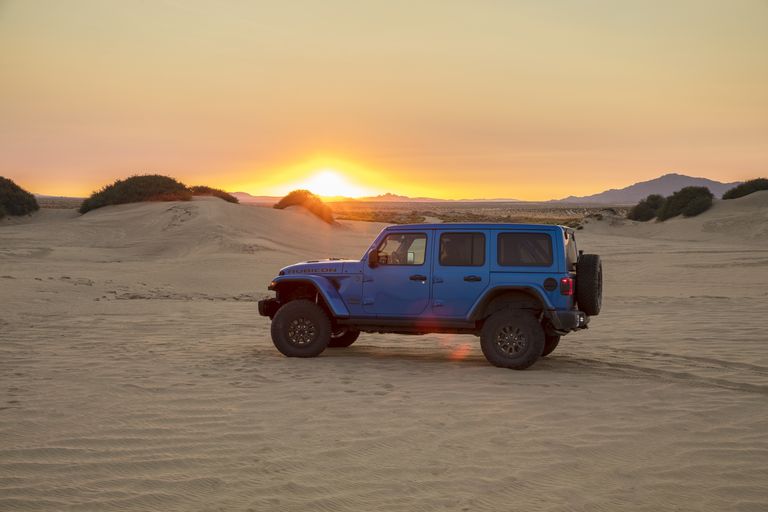 Tallon told us there were already aftermarket kits to turn your existing Wrangler into a pickup. They just weren’t very good. “We sourced a lot of Jeep owners that own trucks. We were able to get a lot of feedback about what they want to see in a Jeep pickup.

“I’m not going to say it’s easy for Jeep, but if you just look at how we get data, you have the traditional mainstream social media, Twitter, Facebook, Instagram, the mainstream consumers having conversations,” said Tallon. “And then you have the enthusiast base, the dozens and dozens of forums. We’ve got these two different groups that help guide these decisions. Their input is very important. We wouldn’t have built the Gladiator without the public feedback.

“These customers are going out and spending an incredible amount of money investing in their own Jeeps to build them the way they want it and they’re asking us to do the same thing. It’s great because if we build it, we already have demand in the marketplace whether it’s a feature set, a powertrain or a new trim.”

Jeep also uses those customers to pick out holes in its lineup. The new Willys trim, for instance, has some off-road stuff, some visual stuff, but it’s not a full-blown Rubicon. The customers asked for something like that.

Something like the 707-hp Trackhawk was different. Jeep started seeing several manufacturers jumping into the super SUV space, which it kind of invented with the 5.9 Grand Cherokee Limited, and decided it need to own the segment again.

“I didn’t know if we were going to sell 5 or 5,000 of them, but we knew that it was wise investment, not knowing exactly what the figures would be for a six-figure, 700-hp Jeep,” said Tallon. “But it established Jeep’s credibility in that space, and it turns out the market demand exceeded our expectations.”

The 392 V8 has been a plan for the JL Wrangler since the beginning. “Before Bronco was even on our radar.” Like the aftermarket pickup Wrangler, people were already putting V8s into Jeep bays.

“There’s a huge aftermarket business where people pay large sums of money to put V8s in Wranglers. Quite frankly, this one has been engineered, it’s not just an engine swap. We looked at a bunch of these conversions, and after the engineers go through them, it’s kinda scary. The performance of this vehicle will absolutely surpass everyone’s expectation. We planned for it from the beginning of the JL program.

“Two years ago at Moab people were asking about the V8, and we said it won’t fit,” said Tallon. “That just wasn’t true.”

The moral of the story is that when enthusiasts cry out for a manual, or a V8, or special packages, the automakers are listening, intently. Especially with cars like the Bronco, Mustang and Wrangler with built-in enthusiast bases. The question for those brands isn't "if," it's "when?"

Sometimes it takes a generation to figure out how to put a couple different engines in a bay in a way that's profitable in a holistic sense. Sometimes it takes six months, when the bandwidth is there for the project and the CEO gives a big thumbs up. Either way, don't be afraid to ask, via social media, enthusiast forums or the customers service hotline. If things line up--and much of the time they do--you shall receive.