Ford Splits Into Electric and Gas Divisions to Speed Up Transition 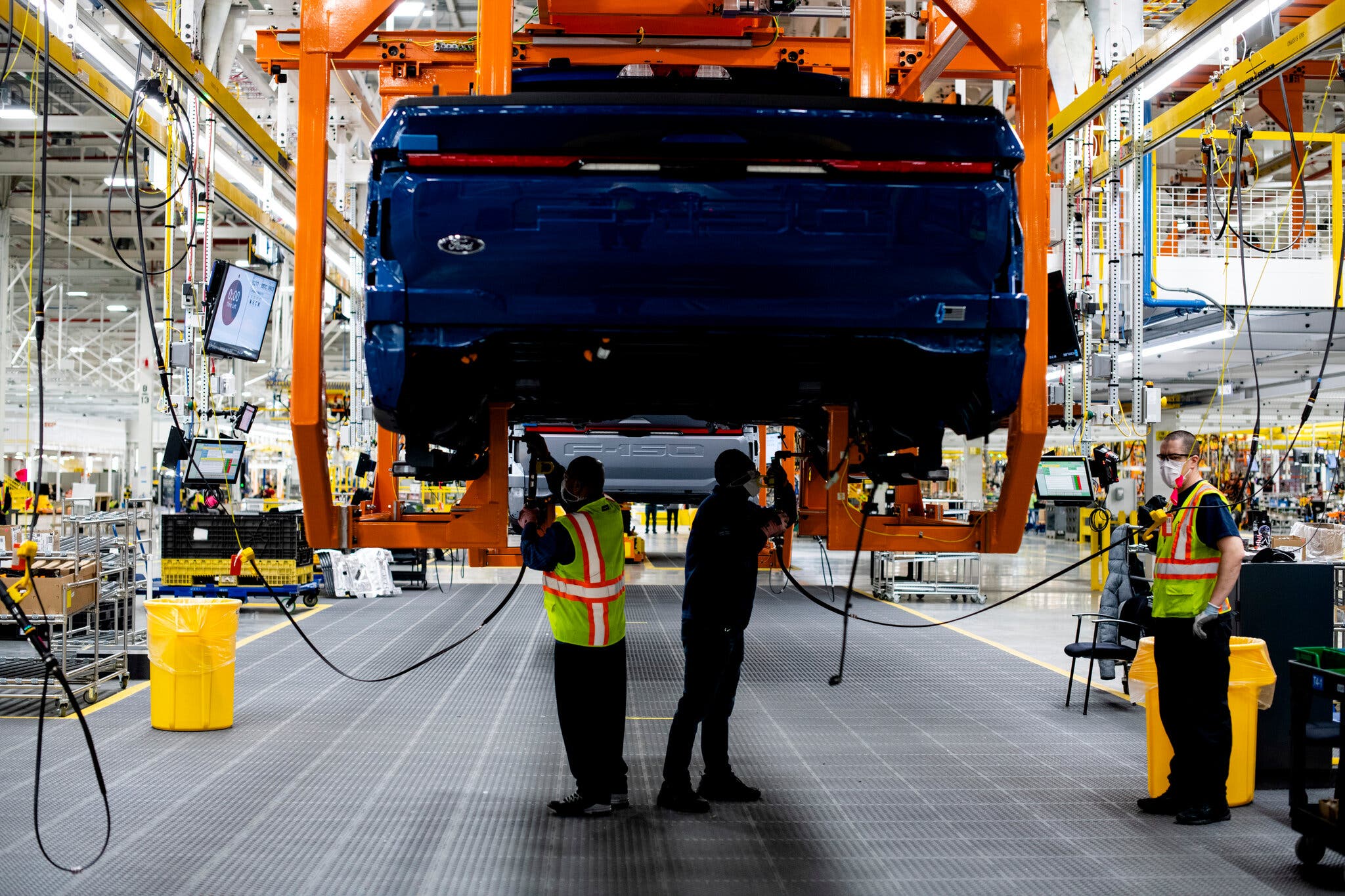 E.V. operations will focus on technology and growth while the traditional business continues to chase profits. “You can’t have people work on both at the same time,” the chief executive said.

Ford Motor has decided the best way to make the transition to electric vehicles is to transform itself first.

On Wednesday, the automaker said it had reorganized its auto operations into two distinct businesses — one that makes its gasoline-powered vehicles and focuses on maximizing profits and another that develops and ramps up production of electric models and aims for rapid growth.

Ford’s chief executive, Jim Farley, said in an interview that the two businesses required different skills and mind-sets that would clash and hinder each area if they remained parts of one organization. “You can’t be successful and beat Tesla that way,” he said.

Sales of battery-powered cars are rising rapidly, a trend that Mr. Farley and other auto executives see as the industry’s biggest disruption since Henry Ford introduced mass production and the Model T in 1908. Ford, General Motors, Toyota, Volkswagen and other traditional manufacturers are spending tens of billions of dollars to field new models, build battery plants and develop new technologies that Tesla has pioneered, such as advanced driver-assist systems and over-the-air software updates.

A Critical Year for Electric Vehicles

The popularity of battery-powered cars is soaring worldwide, even as the overall auto market stagnates.

The company’s move was welcomed by Wall Street investors, who have placed a huge premium on the shares of Tesla and other electric carmakers over the last two years. Ford stock was up about 6 percent Wednesday morning.

This spring, Ford is supposed to start full production of an electric version of its F-150 pickup truck and has taken reservations for more than 150,000 of them. It is also building two battery plants in Kentucky, and a third battery plant and an electric truck factory in Tennessee.

Separately on Wednesday, Stellantis outlined a long-term strategic plan that calls for rapid introductions of new electric vehicles. The company, which was formed a year ago from the merger of Fiat Chrysler and the French automaker Peugeot, said that it would introduce 25 E.V.s in the United States by 2030, and that all new models in Europe would be electric by that time. It plans to build two battery plants in the United States.

G.M. has similar plans. It is building two battery plants, and aims to phase out internal-combustion models by 2035.

Ford’s reorganization is one of the most sweeping taken by a traditional automaker in preparation for the transition to electric vehicles. Mr. Farley said the plan had come together after he and other top Ford executives noticed stark differences in the two business areas.

In making gas-powered vehicles, Ford must focus on reducing costs and generating the profits it needs to fund its E.V. plans. Over the next four years, Ford aims to trim costs for its internal-combustion models by $3 billion, with some cuts coming through job reductions, Mr. Farley said.

The electric business, in contrast, will have to spend heavily to develop software and technologies and to ramp up production quickly to achieve economies of scale. Ford aims to produce two million electric vehicles a year by 2026.

“For Ford to win against the new players and the other manufacturers, we have to focus more than we do today,” Mr. Farley said. “You can’t have people work on both at the same time.”

The E.V. group will be known as Ford Model e. Mr. Farley will serve as its president. Doug Field, a former Apple and Tesla executive hired by Ford in September, will lead its vehicle, software and digital systems development.

The internal-combustion business, known as Ford Blue, will be led by Kumar Galhotra, who was president of Ford’s North American operations.

Ford plans to begin breaking out the profits and losses of the two groups in 2023, and expects the electric business to become profitable within four years. Mr. Farley said the group would most likely have 2,000 to 5,000 employees. In addition to developing electric models, it will engineer new types of assembly lines to build them and manage Ford’s sourcing of key components like motors and inverters and raw materials such as lithium and rare earth metals.

Mr. Farley said he envisioned the two groups working closely together. Ford Model e will use body engineering, stamping, and components like seats and steering systems that the internal-combustion group develops. The E.V. unit will produce software and digital components that will be incorporated into traditional gasoline vehicles made by Ford Blue.

Mr. Farley said Ford had decided against spinning off the E.V. business because it would hinder the ability of the two groups to cooperate. “They would come to see each other as competitors, and the cooperation would stop,” he said.