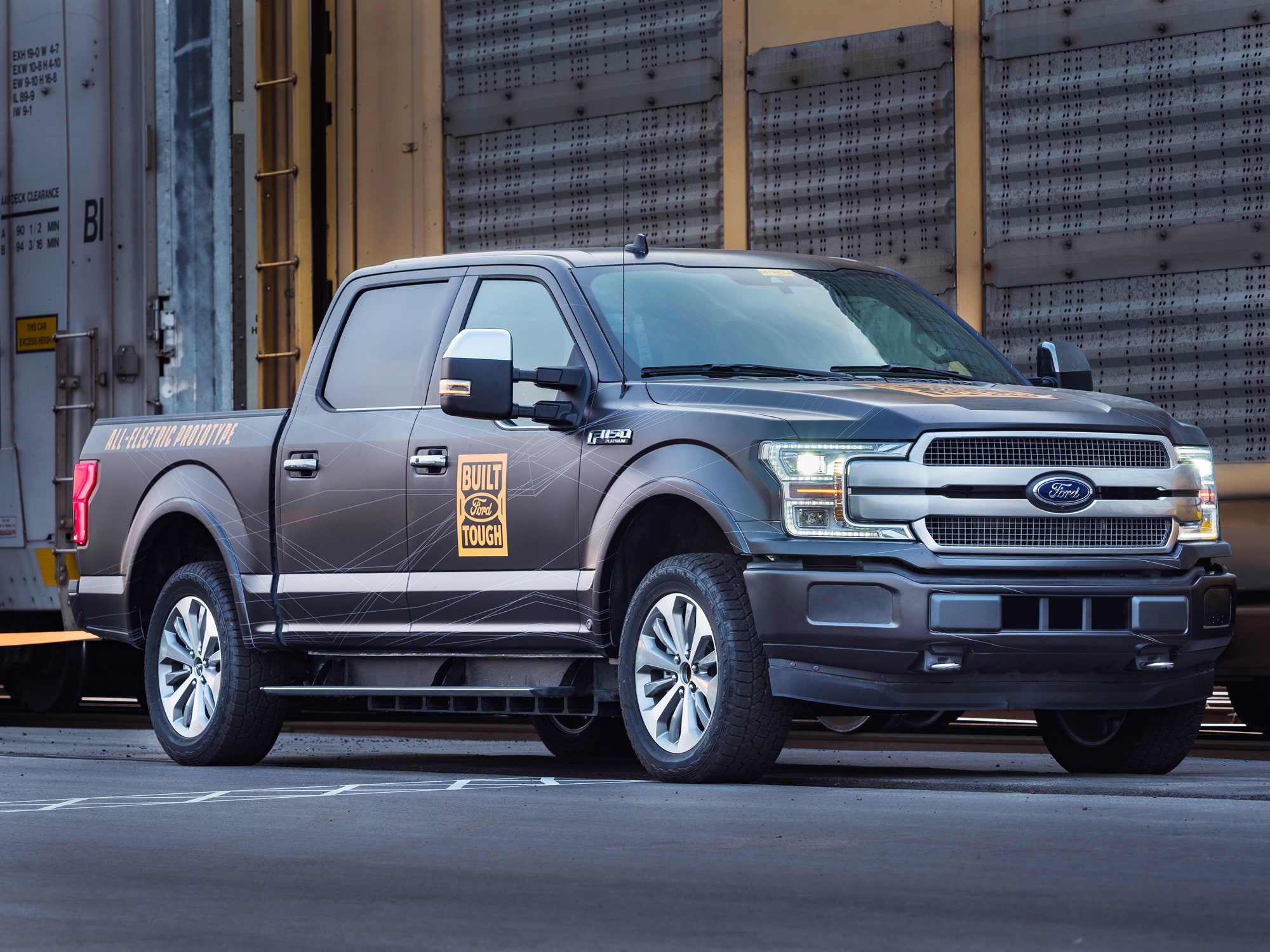 DETROIT (Reuters) - Large pickup trucks that tow most of the profits in to Ford Motor Co and General Motors Co are holdovers from another century - with heavy ladder frames and big internal combustion engines in the front driving the wheels in the back.

Now, Ford and GM are racing to design radical new takes on their most profitable models, replacing petroleum-fueled engines with batteries in a bid to outflank Tesla Inc’s plan to eclipse their brands. Ford’s F-150 pickup and GM’s Chevrolet Silverado are the top selling vehicles in the U.S. market.

“This is going to be a real watershed for the whole industry,” Ford Chairman Bill Ford told Reuters in a recent interview. The automaker has disclosed few details about the electric F-series, but Bill Ford hinted the truck could have load-carrying space under the hood in addition to the traditional bed in the back.

“You pick up all that extra space where the engine compartment has been,” Ford said. An electric F-Series could be a work truck - with its batteries functioning as a job site power source, he said. And it could be positioned as a high-performance vehicle next to the gas-fueled, 450 horsepower Raptor pickup truck.

The Dearborn, Michigan-based company has said it will invest $11.5 billion electrifying its vehicles by 2022, including adding 16 fully electric models, all of which will be profitable.

Ford and GM have more than one reason to take chances on electric pickups - a concept that some analysts and industry executives say could be a small niche.

Electric pickups could help Ford and GM generate the significant sales of EVs they will need to meet tougher emission standards and electric vehicle mandates in California and other states. The Trump administration is moving to roll back those standards, but the electric trucks are a hedge if California prevails.

Governments and corporations - major buyers of pickups - could view electric pickups as a way to show a commitment to reducing greenhouse gas emissions.

Competition from Tesla and EV startups Rivian Automotive and Workhorse Group Inc is another factor, although Ford recently mitigated some of that risk by investing $500 million in Rivian.

Three years ago, Tesla CEO Elon Musk declared he wanted to attack the heart of the Detroit automakers’ franchises with a Tesla electric pickup he has described as a “cyberpunk” truck with the performance of a Porsche 911 sports car. Tesla is expected to unveil a prototype this year, with analysts forecasting a 2022 debut. Musk declined to comment for this story. 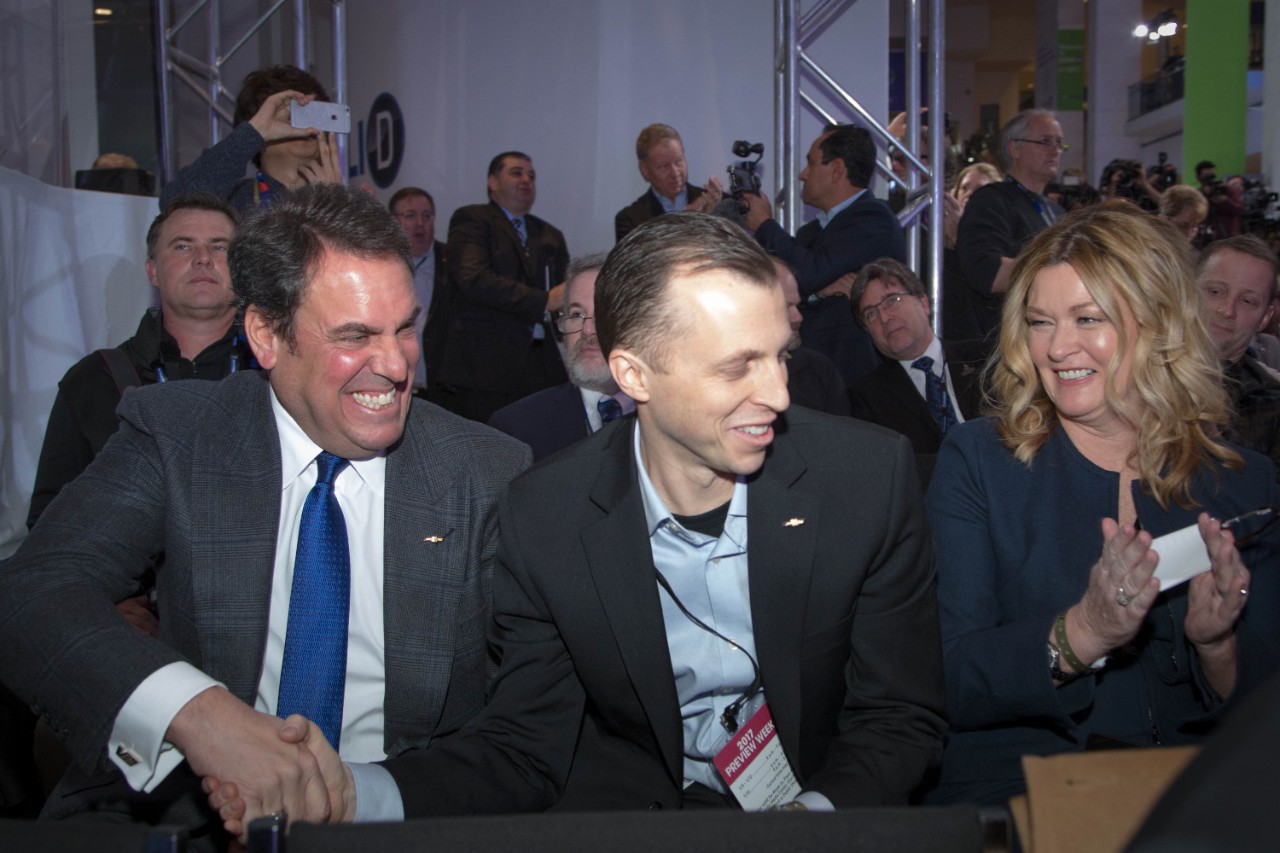 Officials familiar with Ford and GM’s plans said their electric pickups will be introduced by early 2022.

“Our strategy is very clear,” Ted Cannis, Ford’s director of electrification, told Reuters at the No. 2 U.S. automaker’s product development center outside Detroit. “We’re going to play to our strengths. We’re good at pickups.”

Ford’s electric truck will be built on a company EV platform separate from the vehicles it will offer later on a Rivian platform.

Ford has said it will introduce a hybrid F-150 next year. Bill Ford said the all-electric F-150 “won’t be too far after that.”

At GM, Chief Executive Mary Barra said in April the automaker would make an electric full-size pickup, but provided no further details. The company has said it plans to invest $8 billion to develop electric and self-driving vehicles, launching 20 new EVs globally by 2023.

Officials have not discussed plans for the electric pickup, but GM is pushing to introduce it within two years, according to several people familiar with the plans.

“The question is how large is the demand and does it translate across all price points or does it stay more isolated in the higher price points?” he told Reuters at the company’s Plymouth, Michigan, headquarters. 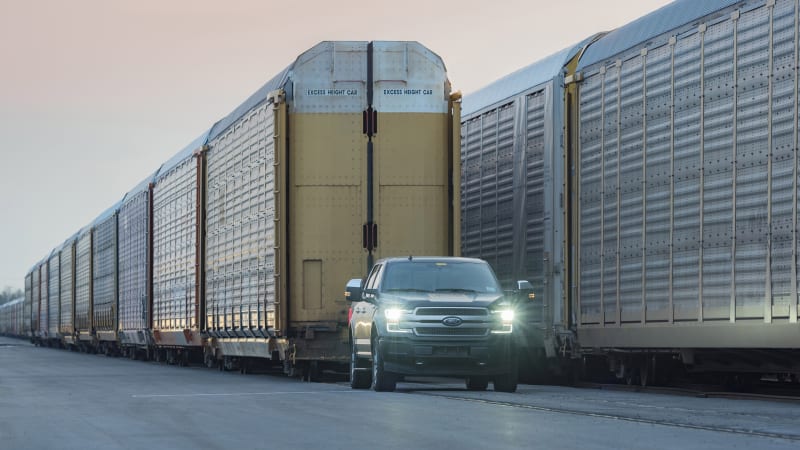 Ford has broken with pickup segment conventions before - substituting a turbo-charged six-cylinder “EcoBoost” engine for the traditional V-8, and then giving the current generation of the truck an aluminum body instead of steel, the chairman said. The aluminum F-series is the best-selling pickup truck line in the United States, and about half are equipped with six-cylinder engines.

Beau Boeckmann, president of Galpin Ford in the Los Angeles area and one of the largest U.S. Ford dealers, said customers are already asking about the truck.

“We’re going to be shocked,” he said. “I think the electric pickup truck has a huge future.”

Not everyone is so sanguine. Industry tracking firm IHS Markit has estimated the entire full-size electric truck segment will account for fewer than 30,000 sales in 2026, compared with an expected 2.3 million sales overall.

Detroit’s other big automaker, Fiat Chrysler Automobiles NV , has no current plans for an all-electric Ram, while Toyota Motor Corp is betting more heavily on a hybrid Tundra pickup.

“The sliver of volume that’s going to be electric pickups is not worthy of a business case,” said one person familiar with Toyota’s plans.

The Detroit automakers ultimately want to defend a segment they see as their own.

“Why would we let Tesla beat us with a pickup truck?” said one person familiar with Ford’s plans. “That’s our turf.”