General Motors is one of three automakers to be named to Time Magazine’s list of the 100 Most Influential Companies for 2021.

The 100 Most Influential Companies list is a new addition to Time Magazine’s TIME100 series, which also includes its annual ranking of the 100 Most Influential People. This unranked list covers the companies “that are shaping our collective future, as well as the leaders who steer them,” Time CEO and editor in chief Edward Felsenthal said, and includes organizaitons from a variety of sectors such as health care, entertainment, transportation and technology, among others. 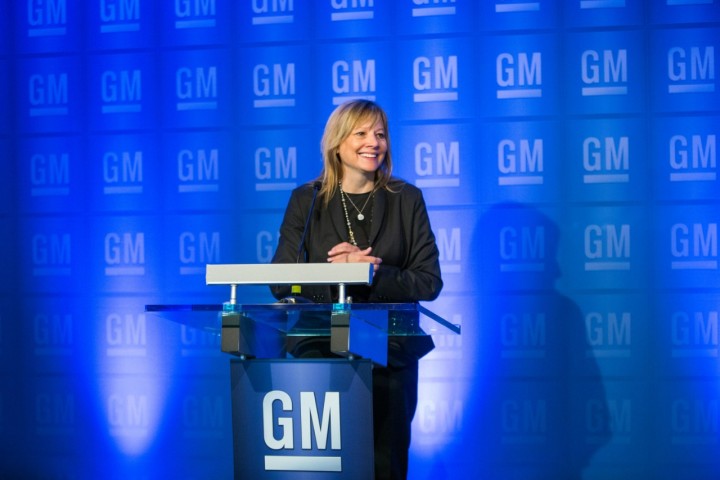 GM was recognized as one of the 100 Most Influential Companies for 2021 thanks to its ongoing efforts to transform itself into a greener and more sustainable company. While Time acknowledges that GM “is playing serious catchup in the electric-vehicle game,” it commends the company for its recent $27 billion investment to bring 30 new EV models to market by 2025. The magazine also spoke to GM CEO Mary Barra about the automaker’s eco-friendly initiatives, who explained that the size and scope of the company will give it a strong position in the EV marketplace – even against more established EV-makers like Tesla, which enjoys a sky-high market cap of $700 billion.

“One of the pieces I think that sometimes investors miss is that virtually all the assets necessary to achieve our vision we already have and have demonstrated,” Barra told Time when asked about Wall Street’s appetite for Tesla stock. “Sometimes we will forget we actually sell more vehicles in this country than anyone else. We have strong brands. We have industry-leading loyalty. And we have an incredibly capable manufacturing team.” 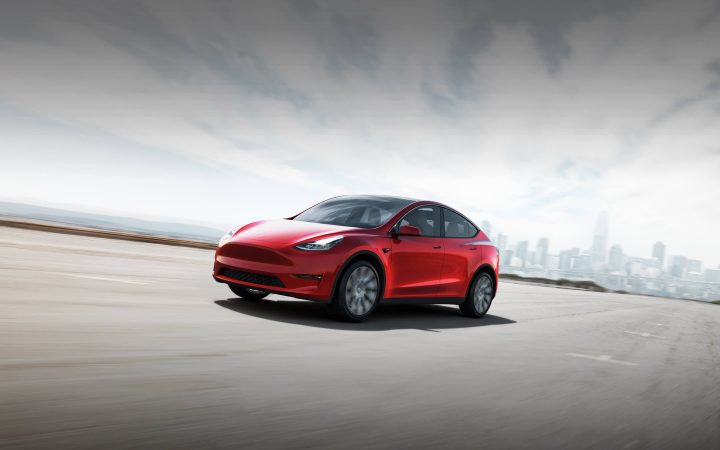 Other automakers on the inaugural Time 100 Most Influential Companies list include Volkswagen and Tesla. The publication recognized Tesla for its wide-reaching influence on the automotive sector, which has established automakers like GM taking a long hard look at its dealership practices and the types of products it offers. VW, meanwhile, finds itself in a similar position to GM, making large-scale investments to electrify its product portfolio and play a bit of catchup to Tesla. 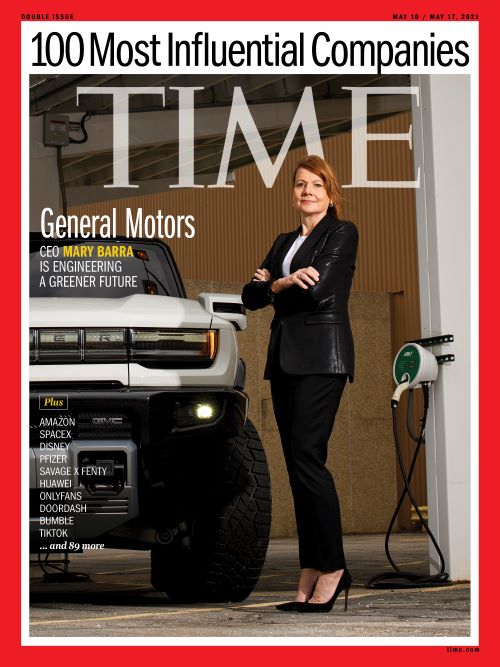 Time Magazine’s 100 Most Influential People edition will feature five different worldwide covers, each spotlighting a CEO from one of the companies on the list. Barra appears alongside the GMC Hummer EV on one of the covers and is joined by a tagline reading “General Motors CEO Mary Barra is engineering a greener future.” The other four covers will feature Reese Witherspoon of Hello Sunshine, Adam Silver of the National Basketball Association, Francis deSouza of Illumina and Sara Menker of Gro Intelligence.