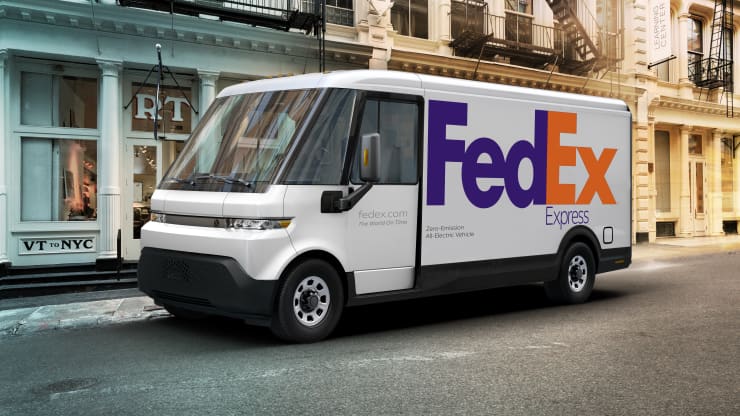 General Motors plans to launch a new all-electric van called the EV600 by the end of this year. The first 500 vehicles will be sold to FedEx.
GM

General Motors said Tuesday it plans to launch an all-electric van called the EV600 this year.

The van – part of GM’s plan to invest $27 billion in electric and autonomous vehicles by 2025 – will be the first vehicle under a new commercial business unit in GM called BrightDrop. The EV600 will be capable of up to 250 miles per charge, according to Pam Fletcher, vice president of global innovation, who will oversee the new division.

“The game changer about BrightDrop is that it’s a one-stop shop ecosystem,” Fletcher said. “End-to-end, BrightDrop could help with the deliveries fleets need.”

Fletcher declined to discuss pricing and other details, but she said BrightDrop products will be sold through a new independent sales and service network. She said GM has a full portfolio of electric products, not just vehicles, planned for BrightDrop.

The first 500 vans will go to FedEx beginning this year, Fletcher said. Broader availability of the vans is expected in early 2022. The EV600 is the first commercial vehicle with GM’s next-generation Ultium battery system, which the automaker has spent billions on as a base for future EVs. 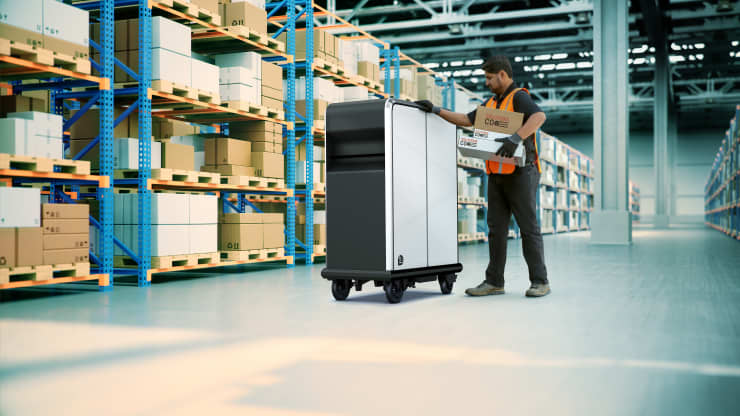 The first product from GM’s BrightDrop will be the EP1, will be a propulsion-assisted, electric pallet developed to easily move goods over short distances – for example, from the delivery vehicle to the customer’s front door.
GM

The commercial market is expected to be a major growth area for EVs. Other start-up automakers like Amazon-backed Rivian as well as legacy automakers such as Ford Motor and Daimler have announced plans to enter the segment. GM estimates the combined market opportunity for parcel, food delivery and reverse logistics in the U.S. will be more than $850 billion by 2025.

The EV600 will be the second product under the new BrightDrop brand. The first will be a propulsion-assisted, electric pallet called the EP1, Fletcher said. It was developed to easily move goods over short distances — for example, from the delivery vehicle to the customer’s front door. It’s expected to go on sale early this year, Fletcher said.

“The interest for these products have been tremendous,” Fletcher said. A pilot program of the pallets with FedEx last year found drivers were able to deliver 25% more packages per day, she said. The pallets, like all of the company’s products, will be electric and will feature connectivity and tracking features for logistical purposes. 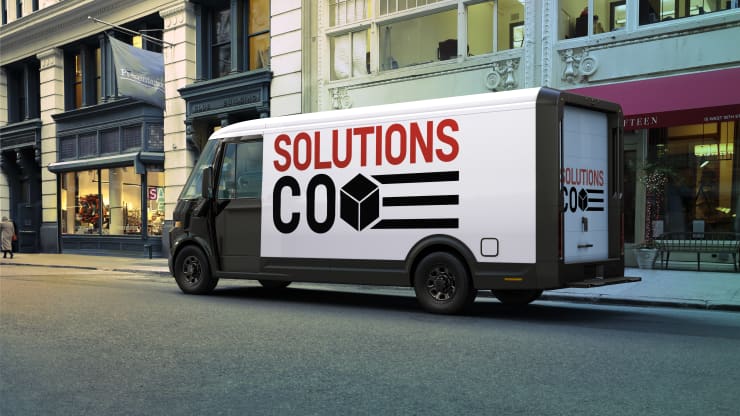 The first vehicle from GM’s BrightDrop will be the EV600 — an electric light commercial vehicle purpose-built for the delivery of goods and services with up to 250 miles in range per charge.
GM
SOURCE: CNBC
← Go Back To List