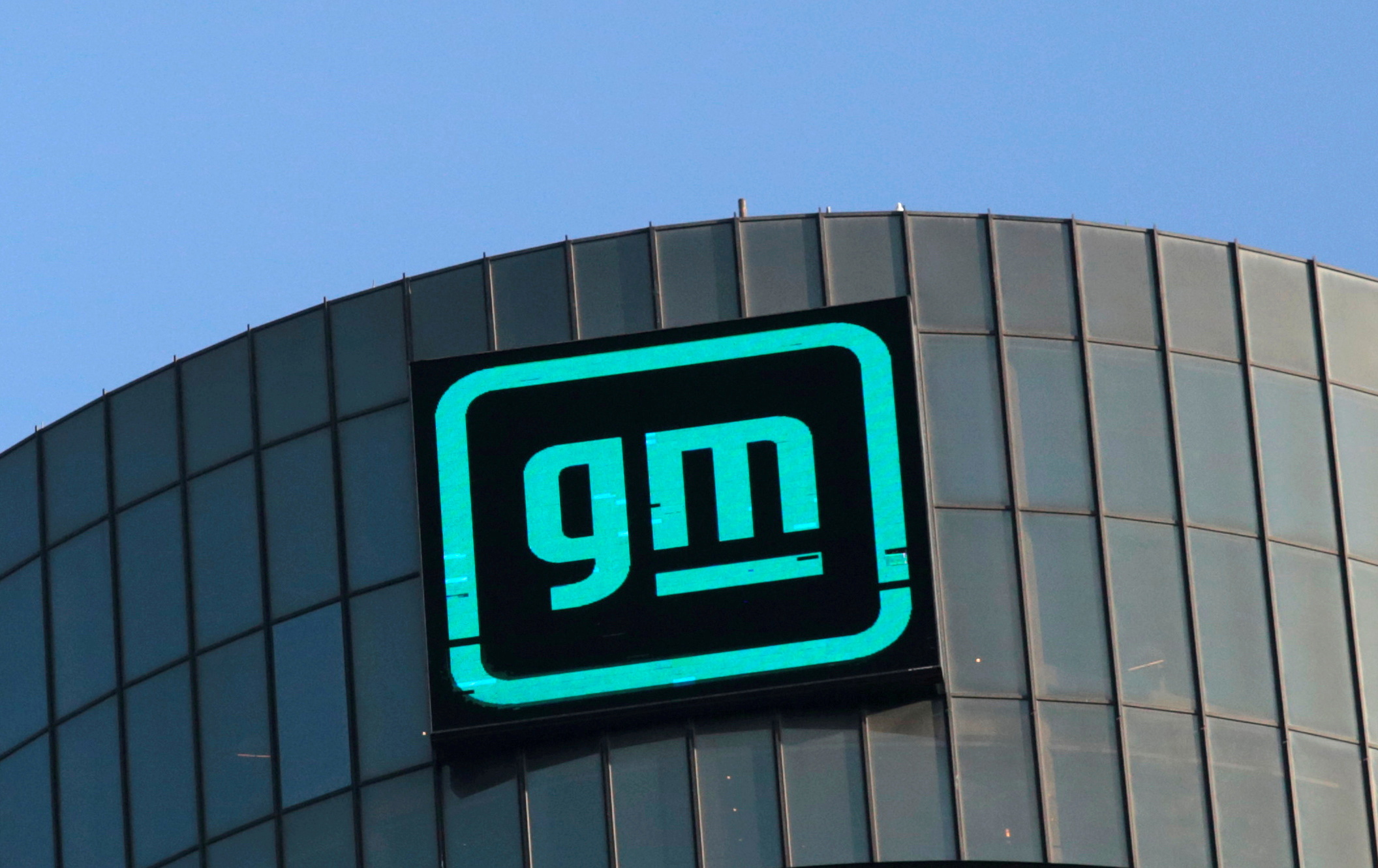 The new GM logo is seen on the facade of the General Motors headquarters in Detroit, Michigan, U.S., March 16, 2021. REUTERS/Rebecca Cook/File Photo

GM's CarBravo site will aggregate vehicles owned by Chevrolet, Buick and GMC dealers, as well as cars and trucks that GM Financial, the automaker's consumer finance arm, controls after taking them back from rental car agencies or vehicle leases. GM officials said the company's dealers have about 400,000 used vehicles in stock.

GM said CarBravo will launch to consumers this spring.

About 40 million used vehicles are sold annually in the United States, more than twice the number of new cars and trucks. Auto manufacturers are largely removed from the profits from those sales, as well as information about customers and the opportunity to sell recurring revenue services such as satellite radio subscriptions.

The price of used cars has skyrocketed during the pandemic due to lack of new inventory in the wake of supply-chain constraints.

Online used-car marketplace Carvana, with a market value of $34 billion, filled the e-commerce space left open by automakers and most traditional dealers, offering consumers a way to shop for a wide range of used vehicles from multiple brands, and get their purchase delivered at home. Now, GM is joining auto retail chains such as AutoNation (AN.N) in setting up online used vehicle marketplaces to counter Carvana, whose shares have fallen nearly 50% from their 52-week high.

Steve Carlisle, head of GM's North American operations, said on Tuesday that CarBravo could outsell Carvana because of the supply of vehicles that GM and its dealers control.

"We think we stack up pretty well against anyone else out there," Carlisle said.

Carvana in a statement on Tuesday did not address GM's move directly, but underscored that it "pioneered online car buying" and has bought and sold over 1 million vehicles.

CarMax Chief Marketing Officer Jim Lyski said in a statement, "While we are still learning about the newly announced service from GM, what they have set out to do is difficult."