What Checker Cab was to taxis, RTS was to NYC buses 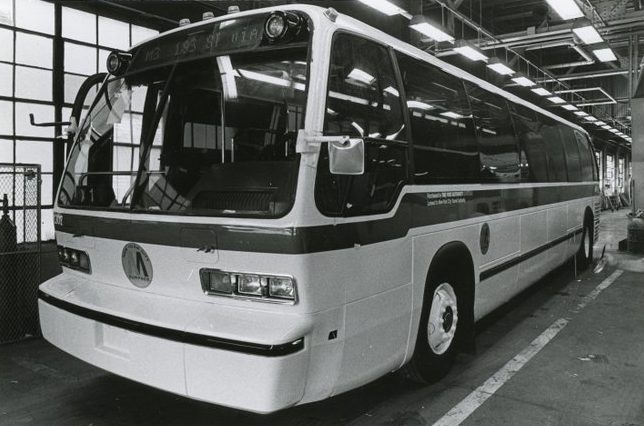 There’s something special about the vehicles of our youth. The sight of one, the sound of it, the smell—they can all can trigger memories. Even if that vehicle of choice was a public bus.

“People tend to gravitate to the vehicles they grew up around or spent time with, whether it’s Mom’s station wagon on road trips, a first car, or even a city bus used day-in, day-out,” says Evan McCausland, author of Rapid Transit Series Buses: General Motors and Beyond.

The RTS, according to a tweet by the New York Transit Museum, first began operating for the New York City Transit Authority in Brooklyn 39 years ago on August 5, 1981. To those in metropolitan areas—New York City, in particular—that’s a big deal.

McCausland admits that “it’s hard to delve into RTS history in a short summary—it was an incredibly complicated gestation, thanks in no small part to federal involvement on exactly what a next-generation transit bus should be.” Still, we’ll give it a shot.

According to McCausland’s book summary, “General Motors wanted to revolutionize transit bus design after having success with its New Look Bus through the 1960s. Being protagonists for progress, GM’s engineers worked to push the envelope from a design and engineering perspective, and the resulting 1968 RTX (Rapid Transit Experimental) was a shock to the transit industry. It wasn’t until 1977 when the RTS— a less radical evolution of the RTX and GMC’s later Transbus prototype—finally entered production.”

Thousands of RTS buses, known for their curved body and window panels, were built by four different manufacturers over three decades, starting with GM. Once considered cutting-edge, the RTS was gradually replaced, especially once low-floor buses became a viable option. New York City’s final RTS order was placed in 1999, and the last active model in service was retired only last year.

Although early RTS models were somewhat problematic, the Series 04 that New York City pressed into service on this date in 1981 “was improved, and arguably helped reverse the RTS’ fortunes,” McCausland says. “Amongst a number of other changes, the original fastback roofline was ditched in favor of a squared cap, making room for an enlarged A/C system to be located outside of harm’s way. Had that not occurred, I doubt it would have continued to find favor with operators. 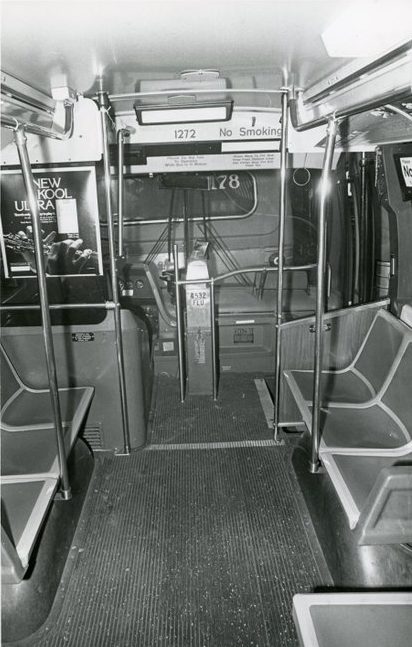 “Compared to earlier buses, the RTS was transformational in that it did offer a smooth, modern appearance, and it offered improved accessibility to passengers with limited mobility, thanks to kneeling front suspension and a factory-installed wheelchair lift. It’s remarkable to think that the basic design dates back to 1966 and the final design as we know it is essentially from 1974.”

At the time of his book’s release 12 years ago, McCausland was an undergrad at Detroit’s Oakland University—which begs the question, why not wait to write it until after graduation?

“I was fortunate to write the book when I did, mostly because I managed to meet and speak with a number of people who were involved with the RTS’ creation, including designers, chief engineers, and service representatives,” says McCausland. “I grew up not only interested in GM truck and bus history—tagging along with Dad to ‘take your child to work day’ probably had an effect—but also reading all sorts of books chronicling the development of the Mustang, Corvette, Camaro, Firebird, and so on. I loved seeing the behind-the-scenes stories behind their development, and wanted to try and provide a similar perspective for the RTS. I’ve since found some additional materials that may have helped illustrate the story a little more, but I’m glad I didn’t hesitate.”

“Unfortunately, there’s not a whole lot of written history for vehicles like buses that are simply taken for granted, despite the fact they’re ingrained in our cityscapes for decades at a time. It’s not unlike the Checker Cab in that regard—watch a film or TV show set anywhere in urban America within the past four or five decades, and chances are you’ll see an RTS in the background.”

If only more of them had been preserved.

“Some of the earliest RTS examples were often ignored as being ‘too new’ for preservation and were simply sent to scrap,” McCausland says. “Those who grew up riding the RTS as kids in the ’80s and ’90s are now doing their part to preserve examples when they can, but I wish there had been a little more interest years ago.”