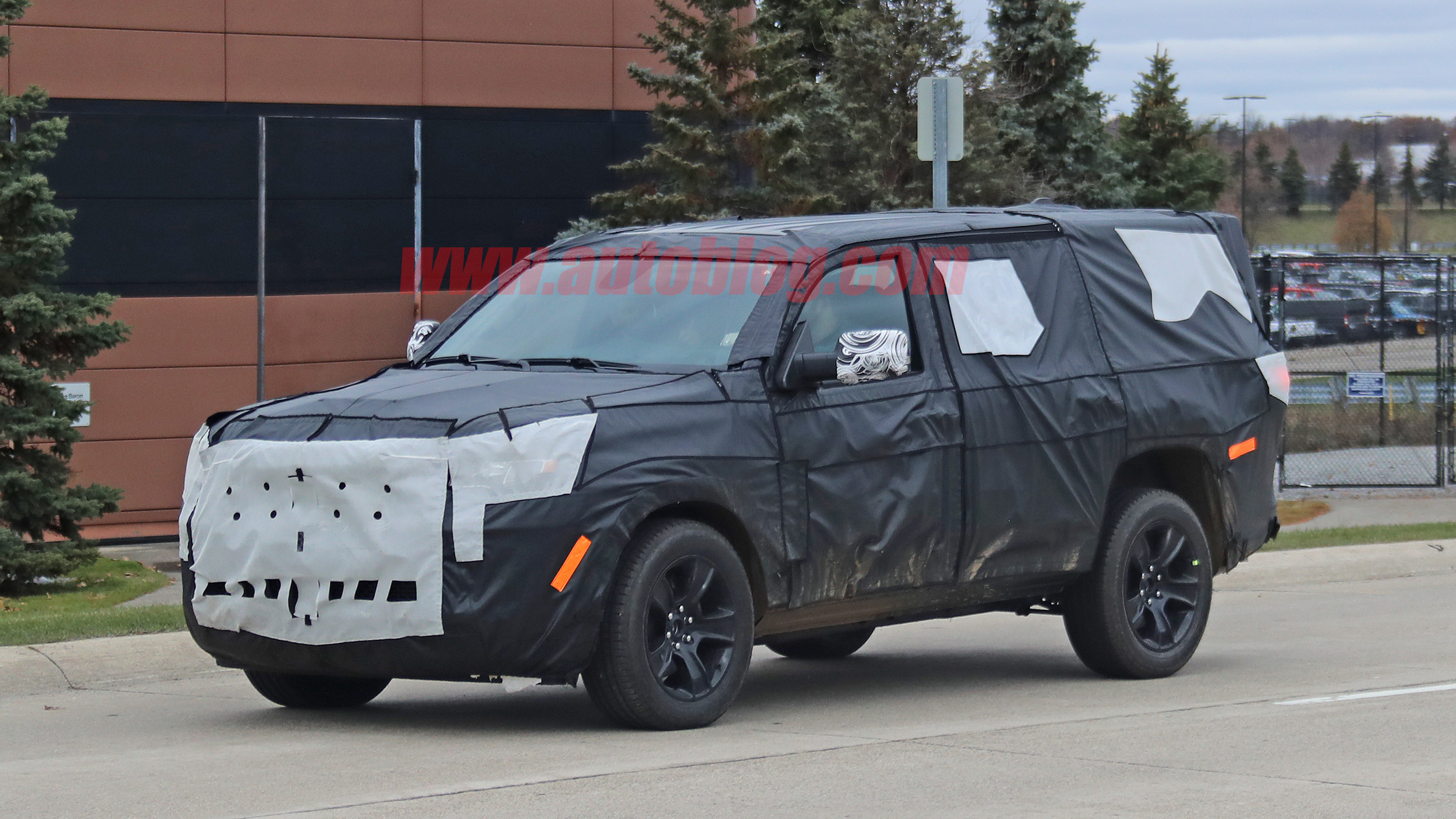 Powertrain still a mystery, though

The Jeep Wagoneer and Grand Wagoneer will eventually be here, establishing Jeep in a luxury stratum the same way the original Wagoneer did in 1963. The differences today are that the original Wagoneer took three years to develop, today's Wagoneer has taken three times that so far, and the luxury SUV market is presently stuffed to its cross-stitched Nappa leather seams. The Grand Wagoneer's rock crawl to production has taken so long that some dealers think the body-on-frame, full-sized SUV could get here too late. The final product will hope to justify its tardiness by being the plushest Jeep imaginable, full of tech touches, and clearly the Jeep of the segment.

An eye-opening rumor Mopar Insiders heard is that a Grand Wagoneer plug-in hybrid will pack enough battery to go 30 miles on a charge. Supposedly not due until about a year after the Wagoneer launches with conventional powertrains, the PHEV will join Jeeps planned models wearing the 4xe designation like the Wrangler 4xe shown at this year's CES. Powertrain and range details remain unknown for planned PHEV versions of current models, with official debuts of the Wrangler, Compass, and Renegade 4xe pushed to September or thereabouts. Jeep has promised features like ""comprehensive technological and driving assistance features as standard," fast acceleration, electric all-wheel drive, and blue accents.

If the Grand Wagoneer went on sale this year, getting 30 miles of driving on electric power would set the bar for big SUVs. The landscape is changing so quickly, though, that we can't know what 30 miles means in the segment until we get a real on-sale date.

On the traditional engine side, the Wagoneer and Grand Wagoneer is also expected to get FCA's new 3.0-liter inline six, and at one time there was official paperwork outlining a model with a 719-hp Hellcat engine.

We meant it when we said "the plushest Jeep imaginable." The Grand Wagoneer can't only be a luxurious Jeep, which wouldn't be that hard to do anyway. MI said one trim levels could reach as high as $100,000. That fits with a quote from former Jeep boss Mike Manley, now head of parent company FCA, who said in 2016 the Grand Wagoneer could cost as much as $140,000. An MSRP that ... grand ... is a larger hurdle mentally than financially for a lot Jeep's current buyers, never mind the conquested shoppers the brand wants to lure. Eye candy to sell the goods is said to come in the forms of a 12-inch infotainment screen running Uconnect 5, plus a customizable infotainment interface for the passenger, and an upgraded rear seat theater system. Materials will be the contemporary luxury standard wood, aluminum, and leather. A new rearview mirror projecting an image from the rearview camera, and driver assistance systems providing Level 3 autonomy are also anticipated.