2022 Dodge Challenger and Charger get a streak of Halloween spirit 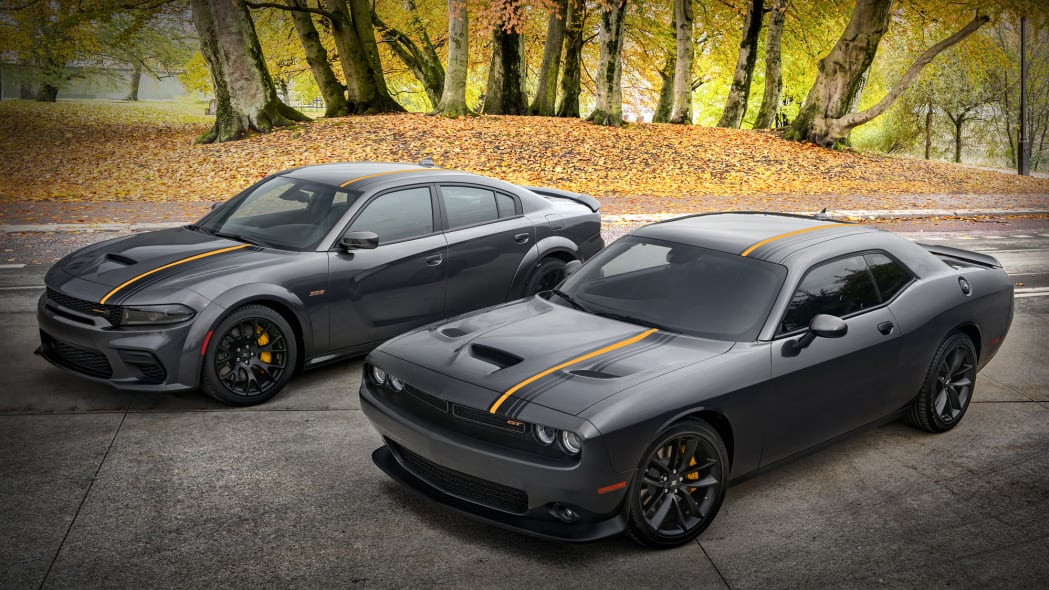 Orange was the color of early Hemi engines

Dodge has done a stunningly good job of keeping the Charger and the Challenger, two of the oldest cars sold new in the United States, looking fresh. Its designers aren't out of ideas yet: It announced Hemi Orange and SRT Black packages for the 2022 model year.

As its name implies, the Hemi Orange package adds orange accents to both muscle cars. Orange is synonymous with Halloween in October, and Dodge's timing certainly plays on that, but the appearance package isn't a tribute to the custom of knocking on a stranger's door and asking for a Tootsie Roll. Early Hemi engines were sometimes painted in orange — it's these V8s that the package honors. 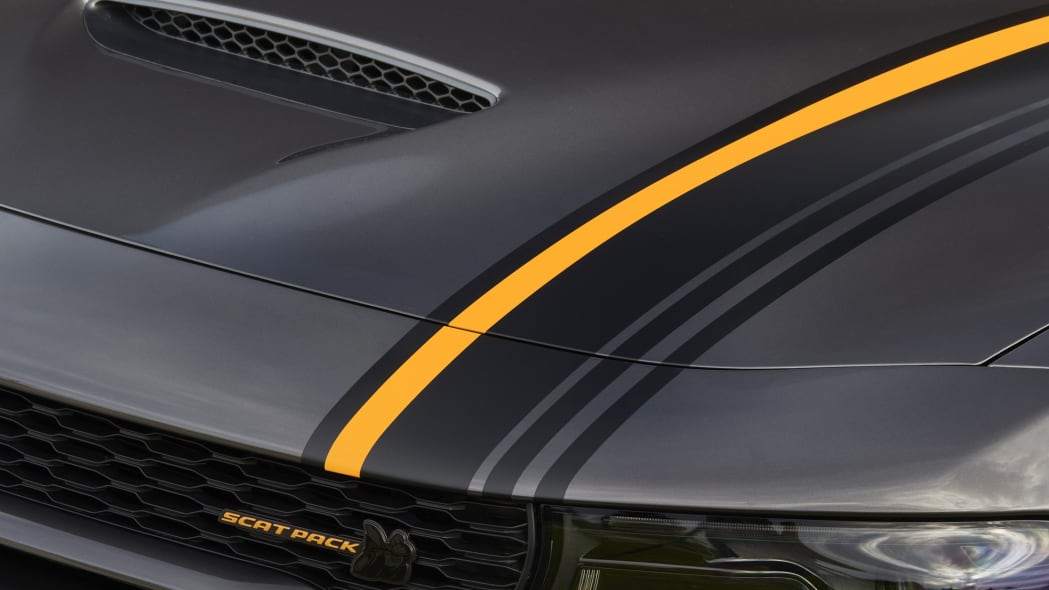 Dodge is making the Hemi Orange package available on the GT RWD and Scat Pack Widebody variants of the Charger and the Challenger. Both cars receive an orange stripe that stretches from front to back, orange brake calipers, plus orange accents on the exterior emblems. Inside, there's orange stitching on the seats, the door panels, and the dashboard plus contrasting black trim on a number of parts.

While painting the engine block orange to really forge a visual link between the past and the present would have been neat, it doesn't sound like anything has changed under the hood. Power for the GT RWD comes from Dodge's tried-and-true 3.6-liter Pentastar V6, rated at 305 horsepower and 268 pound-feet of torque. Stepping up to the Scat Pack unlocks an awesome naturally-aspirated, 6.4-liter Hemi V8 tuned to develop 485 horsepower and 475 pound-feet of torque. The eight-cylinder can be paired with a six-speed manual transmission. 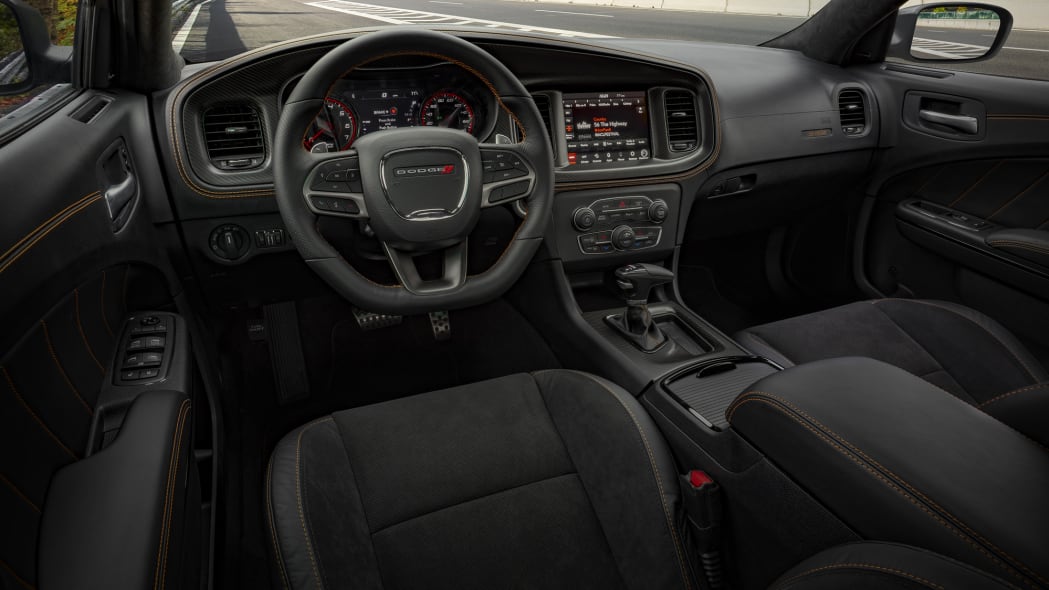 As its name also implies, the SRT Black package brings blacked-out accents to the SRT Hellcat and SRT Hellcat Redeye models. Dodge applies a Midnight Gray Metallic finish to the emblems and Black Nickel exhaust tips for the Charger (the Challenger already gets them).

Buyers will be able to order either package starting in the fourth quarter of 2021. Pricing for the Hemi Orange package is pegged at $2,995 for GT AWD models and $1,500 for Scat Pack Widebody cars. Dodge promised that the Durango will get the same treatment as well, though details won't be announced until 2022. And, the SRT Black package costs $695 regardless of which model it's applied to.