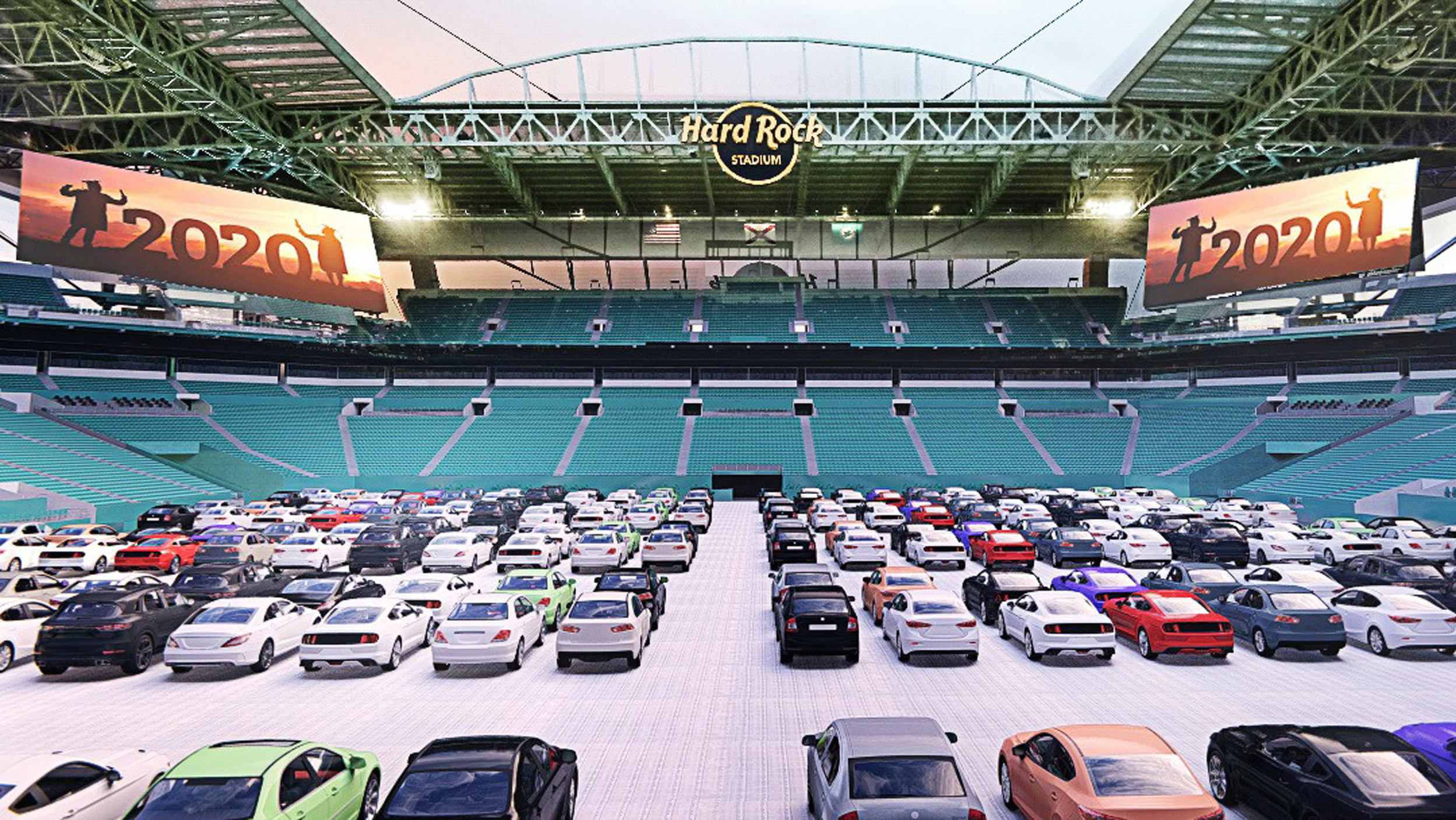 Since the term "social distancing" was introduced as a method to help stop the spread of the coronavirus, there has been public chatter about drive-in movie theaters making a comeback. It's doubtful anybody expected it to get this big, however. The Hard Rock Stadium (HRS), home of the Miami Dolphins, just announced two outdoor theaters, including a drive-in theater inside the stadium.

This week, HRS released rendered images of how it plans to build two outdoor theaters. One "theater" will be set up outside the actual stadium and will have built-in outdoor seating and areas that abide by social distancing guidelines. 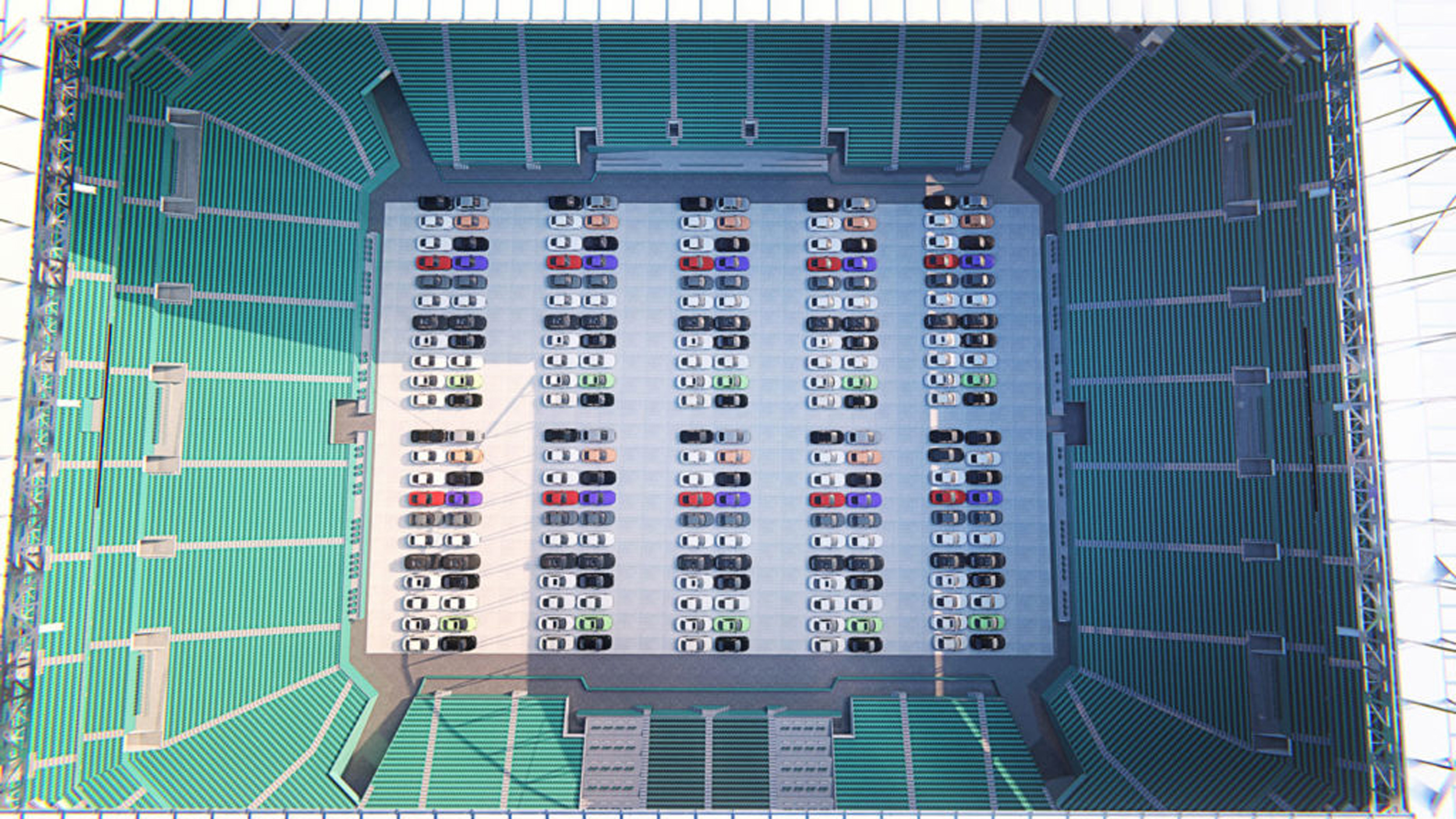 The second will be set inside the stadium. Cars will literally drive into the stadium, park in the area where there is typically a football field, and watch something on one of numerous large screens (not that the cars are actually pointed at them). In addition to showing classic films, the stadium will host events for rewatching historic Dolphins games, for commencement ceremonies, and "other events." The large-scale drive-in theater can host up to 230 cars at one time, and judging by the images, it seems like most visitors will be driving Ford Mustangs. There is no mention of masks in the HSR's announcement. Also, what if you need to use the bathroom?

Florida is currently in Phase 1 of its reopening plan after the Covid-19 pandemic forced businesses to temporarily shut down. Under this stage, the Florida government says that "large spectator sporting events" should be limited to 25% of the building capacity while theme parks remain closed. In Phase 2, sporting venues are allowed up to 50% of capacity, while theme parks could open with capacity limitations and distancing measures. It isn't until Phase 3, which wouldn't go into motion until "there is no evidence of a rebound or resurgence of Covid-19 cases," that the guidelines state that theme parks can operate normally, while sporting event venues are suggested to continue distancing measures. 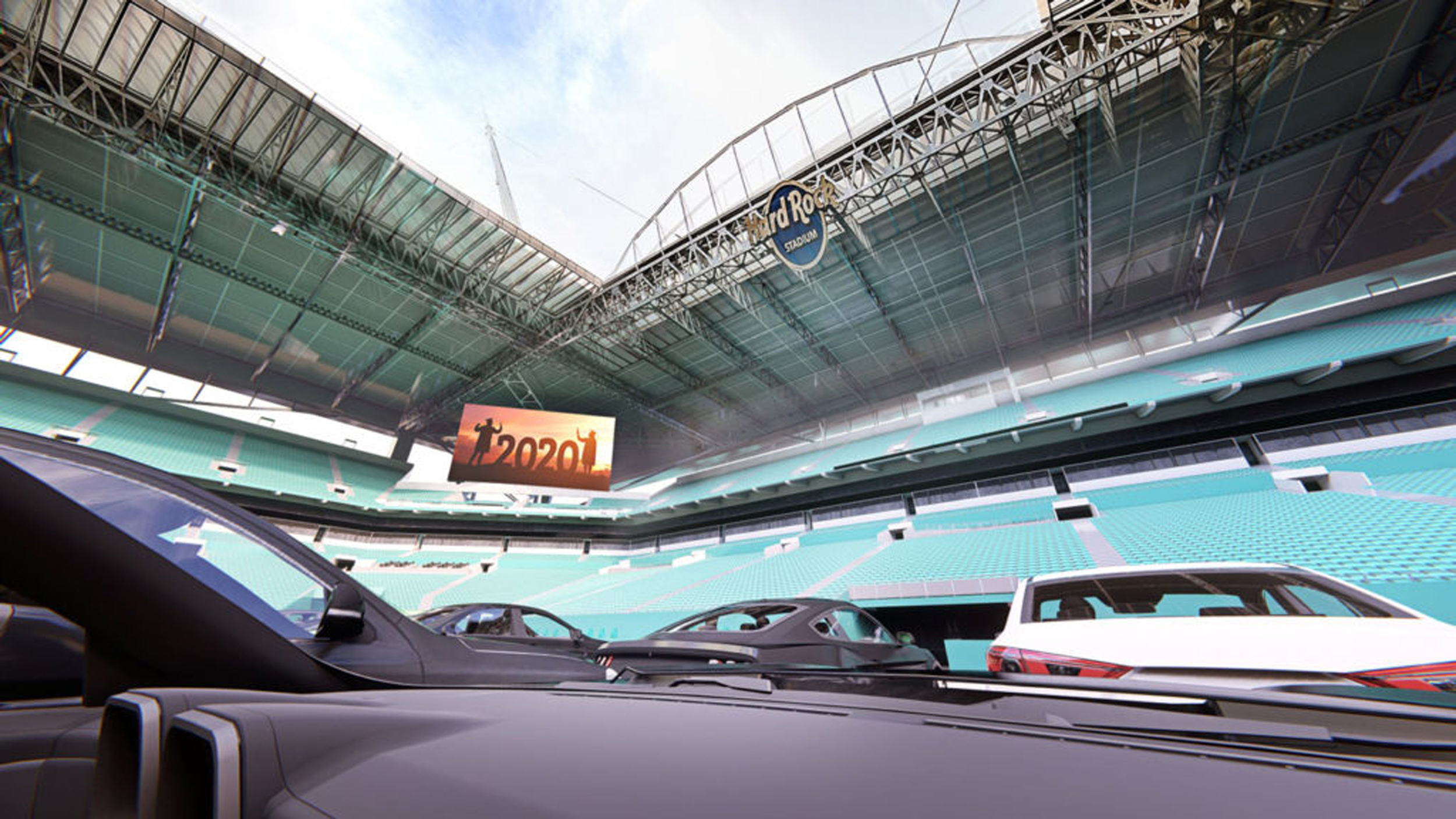 We mention this to say that there is no specific timeline for when Florida, or any other state will be back to full operations. Until then, venues will find temporary solutions such as the Hard Rock's drive-in theater for new sources of revenue. Visit HardRockStadium.com for more information and to sign up for an alert that will go out when tickets are available.