Hype for the upcoming GMC Hummer EV Sport Utility Truck (SUT) is growing, spurred on by the recent release of a new teaser video packed with hints of what’s to come. Among the video’s numerous quick shots and editing is a time lapse of a prototype model under construction, which reveals a number of interesting features, including the presence of an integrated cab and bed setup. 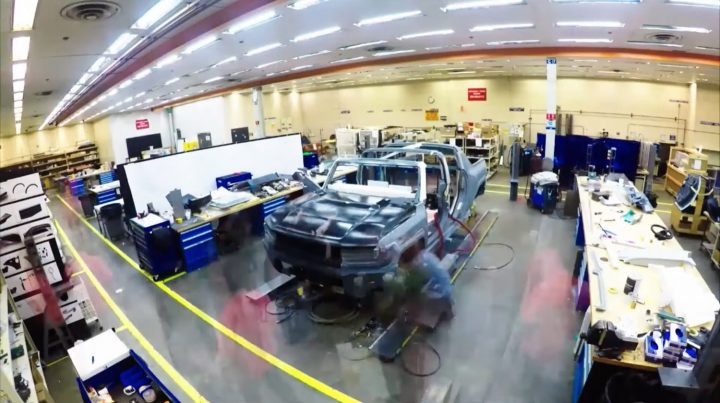 Essentially, the rear end of the GMC Hummer EV SUT’s cab will flow into the bed without any breaks in the metal. This sort of design was previously seen on the Chevy Avalanche and Chevy El Camino, as well as several other models from other automakers, including the Honda Ridgeline and even the Subaru Baja.

The GMC Hummer EV SUT will be offered in a single body configuration, namely a four-door crew cab and five-foot bed. 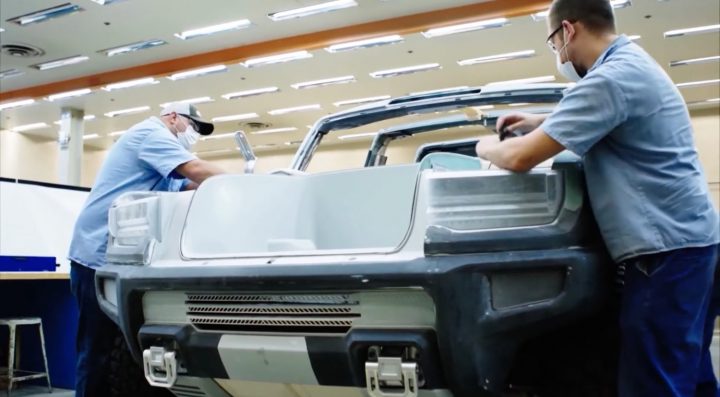 The integrated cab and bed design offers several benefits, the greatest of which is enhanced flexibility with the utilization of a midgate between the bed and cabin. As seen previously on the Chevy Avalanche, this allows the vehicle in question to haul longer items, if desired.

What’s more, the design could enable greater overall body rigidity and lower overall weight (although those benefits do come with a few caveats), plus a cleaner, arguably better-looking appearance. 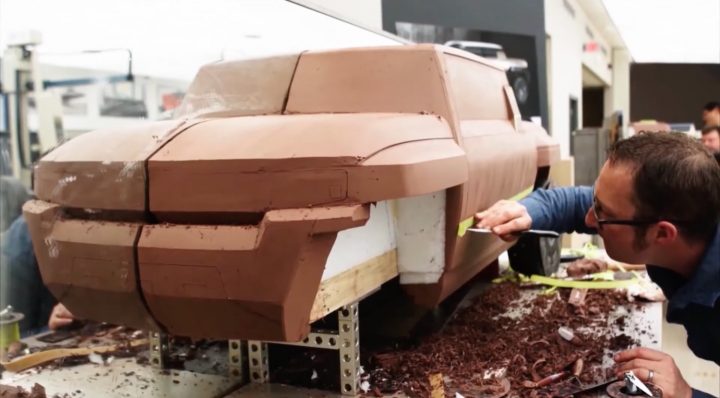 That said, there are some drawbacks as well. With an integrated cab and bed, the GMC Hummer EV could have a lower overall hauling capacity compared to a separated setup, depending on the materials used. With an integrated setup, heavy loads in back could cause the body to flex, possibly even resulting in doors unexpectedly popping open, or even cracks in the body itself.

As a reminder, the GMC Hummer EV SUT will be built on the GM BT1 platform, and will produce 1,000 horsepower and 11,500 pound-feet of torque in top-trim form thanks to GM’s new Ultium battery technology. Construction will take place next year at the GM Detroit-Hamtramck Assembly plant in Michigan. Look for a full debut this fall.