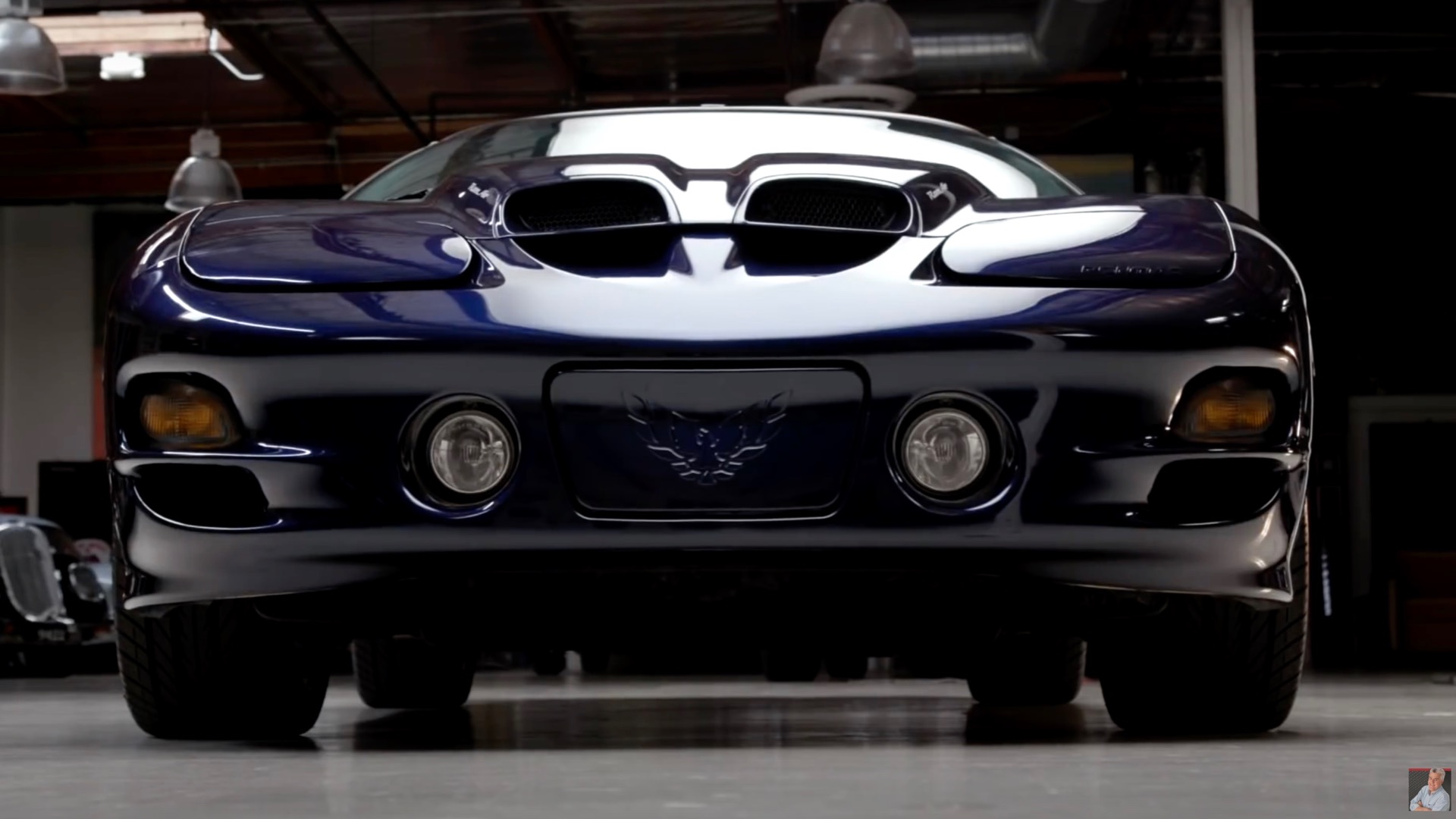 Several names from the 1960s' golden age of muscle cars have been revived in recent years, but one is likely never coming back—the Pontiac Firebird. This episode of "Jay Leno's Garage" features one of the last Firebirds, a 2002 Trans Am WS6.

The Firebird was launched in 1967 as a twin to Chevrolet Camaro, sharing General Motors' F-Body platform. By the dawn of the 21st century, both the Camaro and Firebird had gone through four generations and were about to be phased out. While the Camaro was revived for the 2010 model year (and remains in production today), 2002 was the last year for the Firebird. The Pontiac brand followed it into oblivion a few years later.

While the styling was thoroughly modern (for the period, at least), Pontiac relied heavily on nostalgia. The Trans Am had been the top performance variant of the Firebird since its introduction in 1969. Pontiac no longer offered the iconic "Screaming Chicken" hood decal, substituting bulging ram air hood scoops. The WS6 package was also a callback, having first appeared in 1979.

In 2002, the Trans Am WS6 was powered by a 5.7-liter LS1 V-8, which made 325 hp and 350 lb-ft of torque. It was available with a 6-speed manual transmission, and the WS6 package added suspension upgrades and slightly more horsepower and torque than the base Trans Am. Leno's car is a coupe with a T-Top, but you could also get a Trans Am convertible in the car's final year.

Leno got his Trans Am as payment for driving the pace car at the 2002 Daytona 500. That car was—you guessed it—a Trans Am, but with a louder yellow exterior. Leno said he specifically asked for the more toned-down dark blue color.

Watch the full video for more on the Firebird's swan song, and see why Leno thinks the final Firebird was "the best one they ever built."