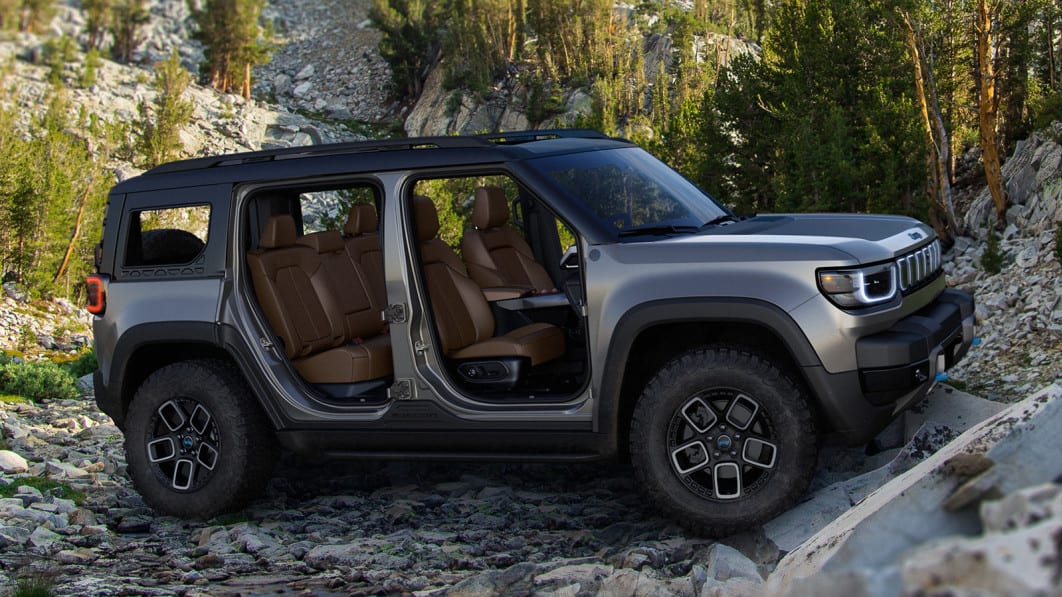 Jeep Avenger will be Europe-only, Grand Wagoneer 4xe PHEV on the way

The Jeep 4xe Day is here, and in addition to laying out electrification plans, the brand revealed some all-new and very interesting products. And we'll get to those in a bit, but first let's cover the broad strokes. The long-term goal is for Jeep to only offer electric models in Europe by 2030. In the U.S., half of its models will be fully electric, but the entire lineup will be either battery-electric or some kind of hybrid. On the way to that goal, it will launch a total of four full electric models across North America and Europe by 2025, three of which have been announced today. And with that, let's start talking about those new EVs, plus an upcoming plug-in hybrid, in rough order of relevance and what has us excited. 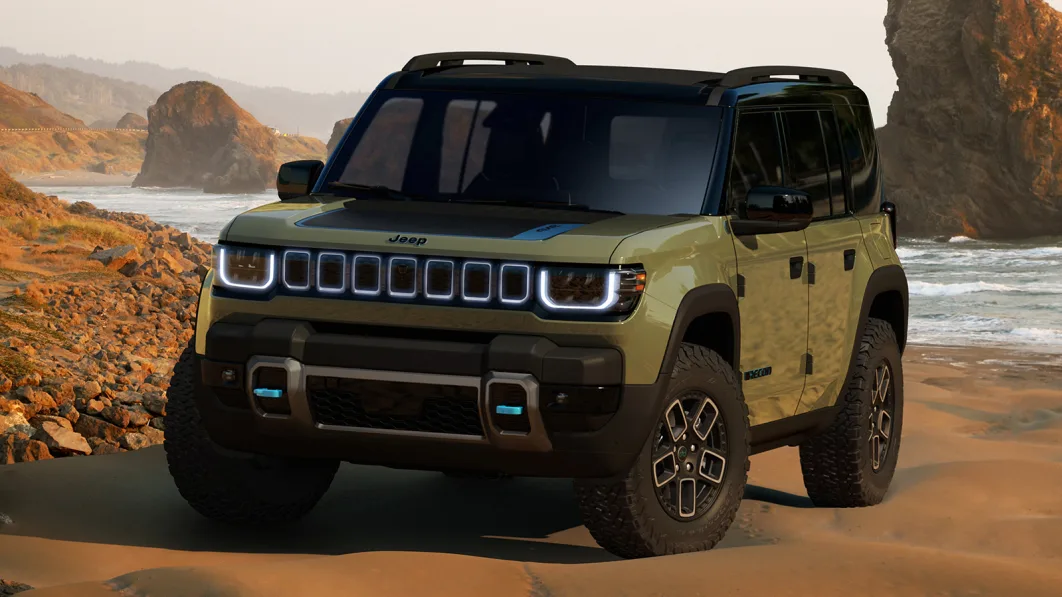 The Recon caught us by surprise, and it's a good surprise. It's a very, very Wrangler-like machine with its boxy shape, short overhangs, high ground clearance, big tires, removable doors and more. But from what Jeep executives were saying, it is NOT a replacement for the Wrangler. So fans of the classic SUV shouldn't panic.

The Recon is fully electric, and it won't have an internal combustion counterpart. And despite the similarities between the Recon and Wrangler, there are distinct differences. The most obvious one of course is the pair of square headlights up front. The hood is much wider, as are the metal fenders. And if we zoom in really close, it looks like the Recon has independent rear suspension; probably independent front, too. That's just what we can tell from the photos, as Jeep hasn't said anything about the Recon's specifications or construction short of saying it will have off-road tires, locking axles and skid plates. If anything, this seems like a Wrangler for someone that wants something a bit more refined for on-road use. But we're sure it'll still be quite capable off-road. While this design will likely see some tweaks, Jeep said that the Recon will start production in North America in 2024, and it will start taking reservations early next year. 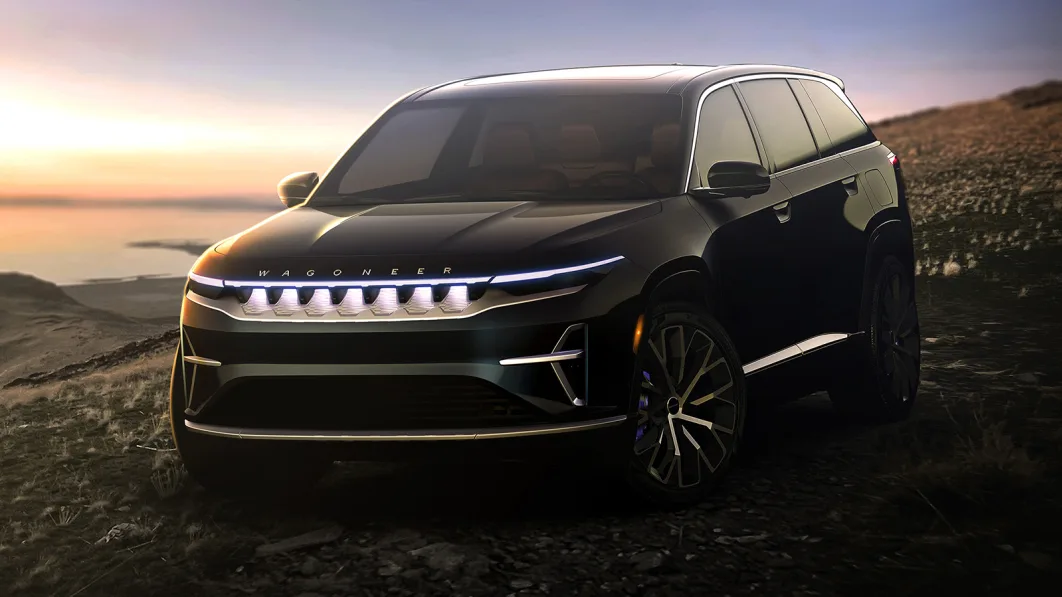 At the other end of the spectrum is the Wagoneer S. That's just its codename for now, and as Chief Design Officer Ralph Gilles said, the S stands for "Speed, Striking and Sexy." As you can tell by the photos, it isn't just a Wagoneer with an electric motor. The speed is courtesy of the 600-horsepower electric powertrain and all-wheel drive that get the Wagoneer S to 60 mph in an estimated 3.5 seconds. Jeep is also aiming for a 400-mile driving range for the Wagoneer S. The design is much sleeker and obviously more aerodynamic than many current Jeep models. It features a new grille that still retains elements of the seven-slot grille, but in a much more sculptural form. The grille also lights up. While the Wagoneer S has a fairly conventional SUV profile, it's a bit deceptive. It has a large rear wing that hides the more fastback-style rear window. It's almost like the Dodge Charger Daytona SRT's "R-Wing" nose, but in the back. Like the Recon, the Wagoneer S will be built in North America starting in 2024 with reservations opening next year. 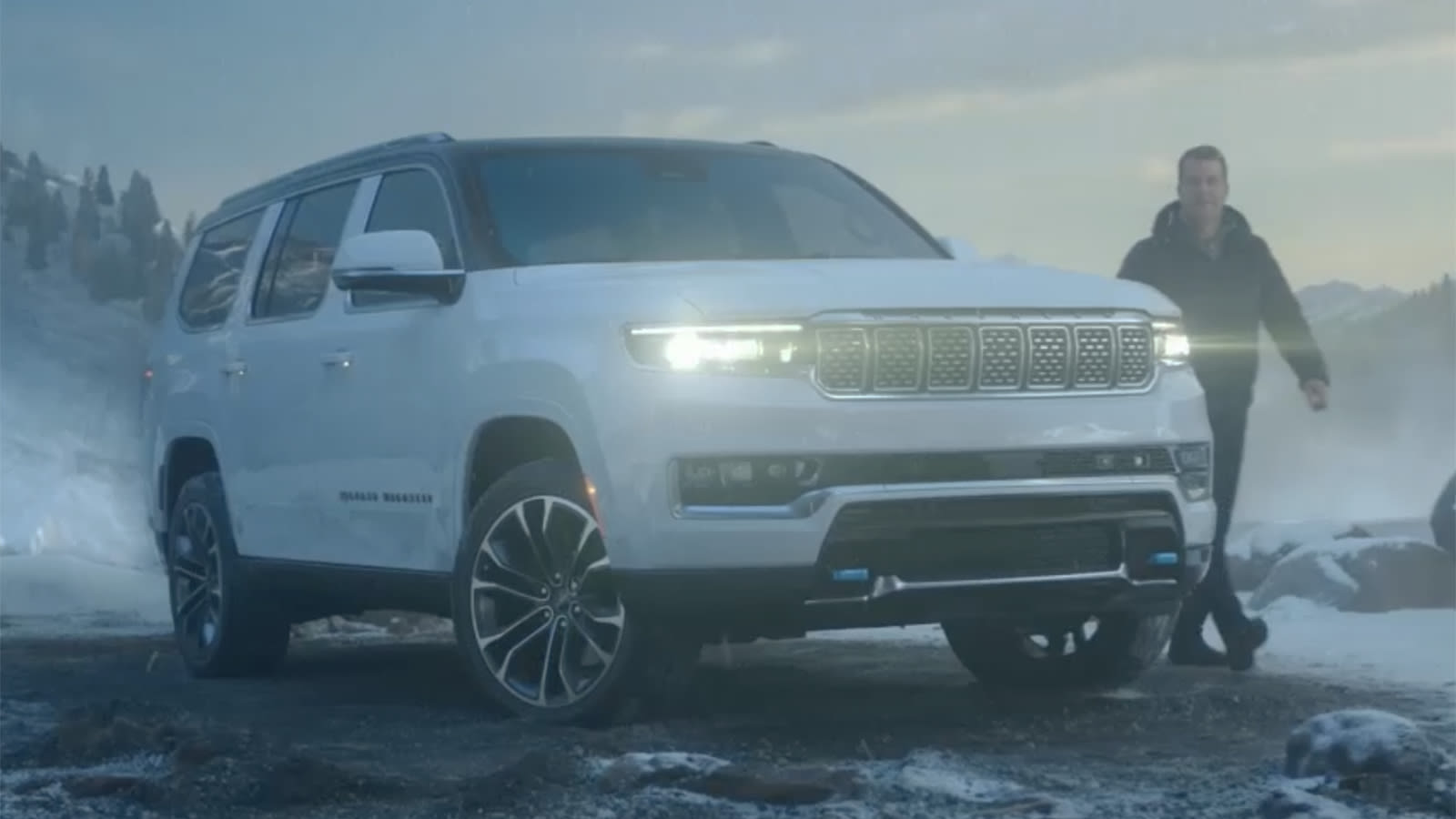 Rounding out the 2024 line-up for North America is the Grand Wagoneer 4xe. The plug-in hybrid will have a total range of 500 miles using gas and electricity. Jeep didn't give any other details about the powertrain, like electric-only range or fuel economy. We're expecting the powertrain will be a variant of the turbocharged four-cylinder and electric motor used in the Grand Cherokee 4xe and Wrangler 4xe. In those vehicles it makes 375 horsepower and 470 pound-feet of torque, which should be perfectly adequate for the full-size SUV. 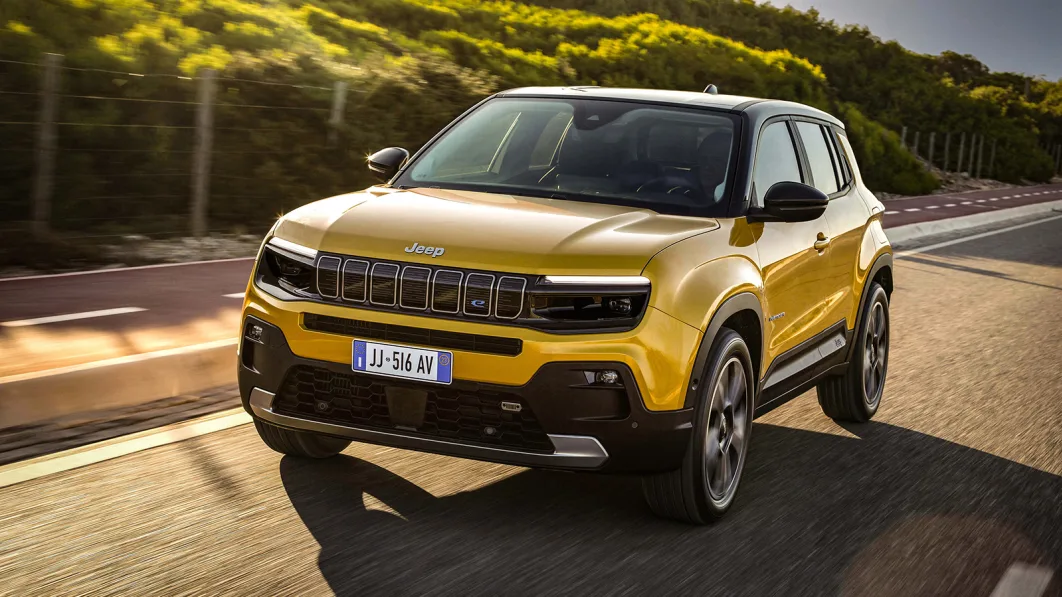 Finally, we come to the first Jeep electric model to launch, the Jeep Avenger. It was shown back in March without any name, and it was rumored to be called "Jeepster," but that's not the case. Also, we won't be getting it in the United States. The Avenger is only for export markets, with the reasoning given that it's basically too small for the U.S. market. It's in fact smaller than the Jeep Renegade. Details were still scant, but Jeep said the range estimate is around 249 miles, which is likely on the more generous European WLTP test cycle. The Avenger will be built in Poland, and we suspect it's related to the platform underpinning the Peugeot e-208 and e-2008, and the Opel Corsa-e and Mokka-e.