A bit of carbon offset for the Wrangler Rubicon 392 Hemi

Jeep published a short video to preview the plug-in hybrid variant of the Wrangler. Named 4xe, the first Wrangler with a plug will be capable of driving without burning a drop of gasoline for relatively short distances.

Published on YouTube, the 15-second video shows a Wrangler Unlimited exploring the great outdoors in near-complete silence. Jeep proudly states the 4xe is so quiet that "it won't disturb nap time." Horses are allocated more screen time than the Wrangler, which could be interpreted as Jeep taking a dig at the new Ford Bronco, but we know exactly what the 4xe looks like because it made its public debut at the 2020 edition of the Consumer Electronics Show (CES). Subtle blue accents all around set it apart from the non-electrified Wrangler.

Jeep integrated the charging port at the base of the driver-side A-pillar. And, the Wrangler displayed at CES was a Rubicon version that retained its "trail-rated" badge, so going hybrid hasn't compromised its off-road prowess. 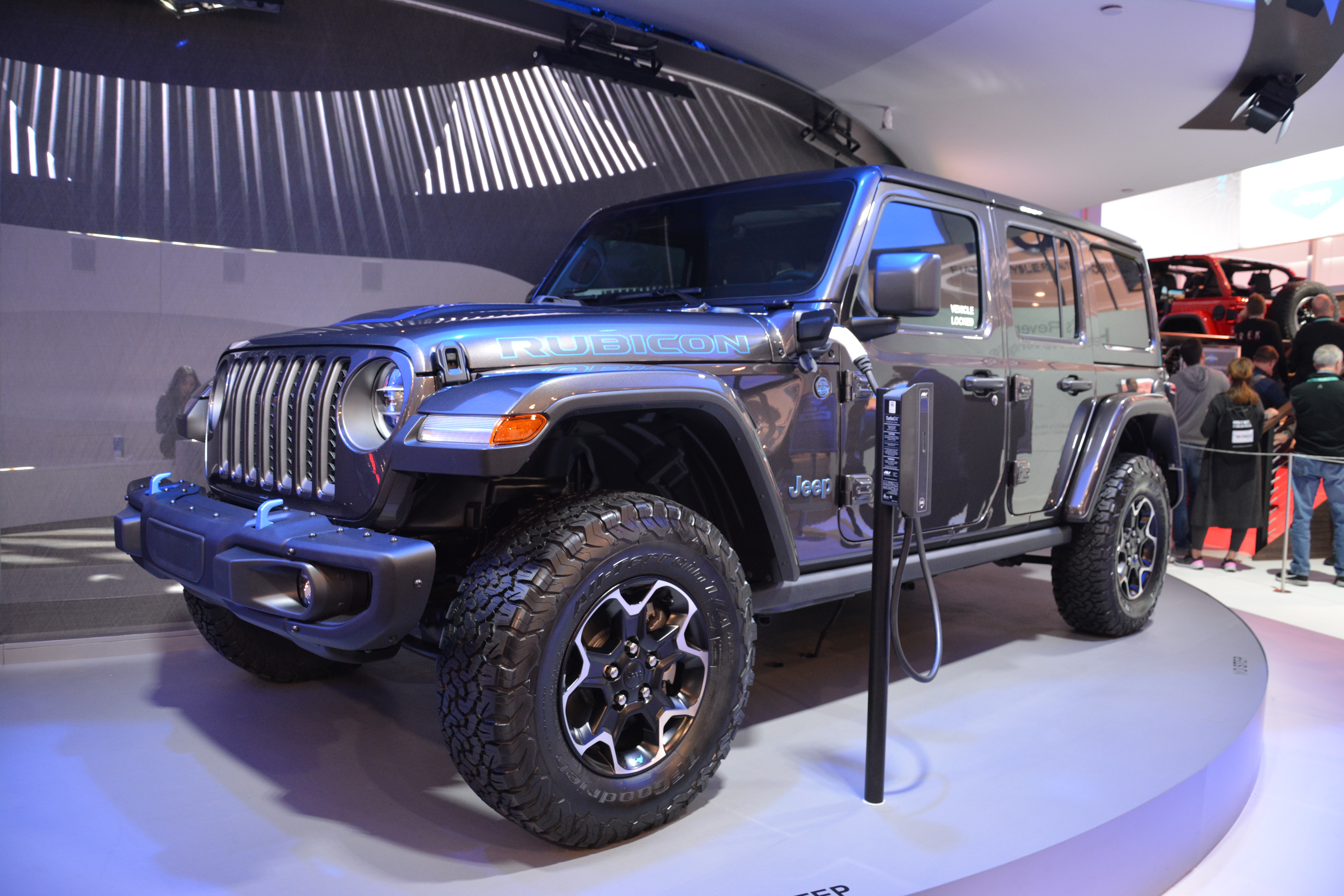 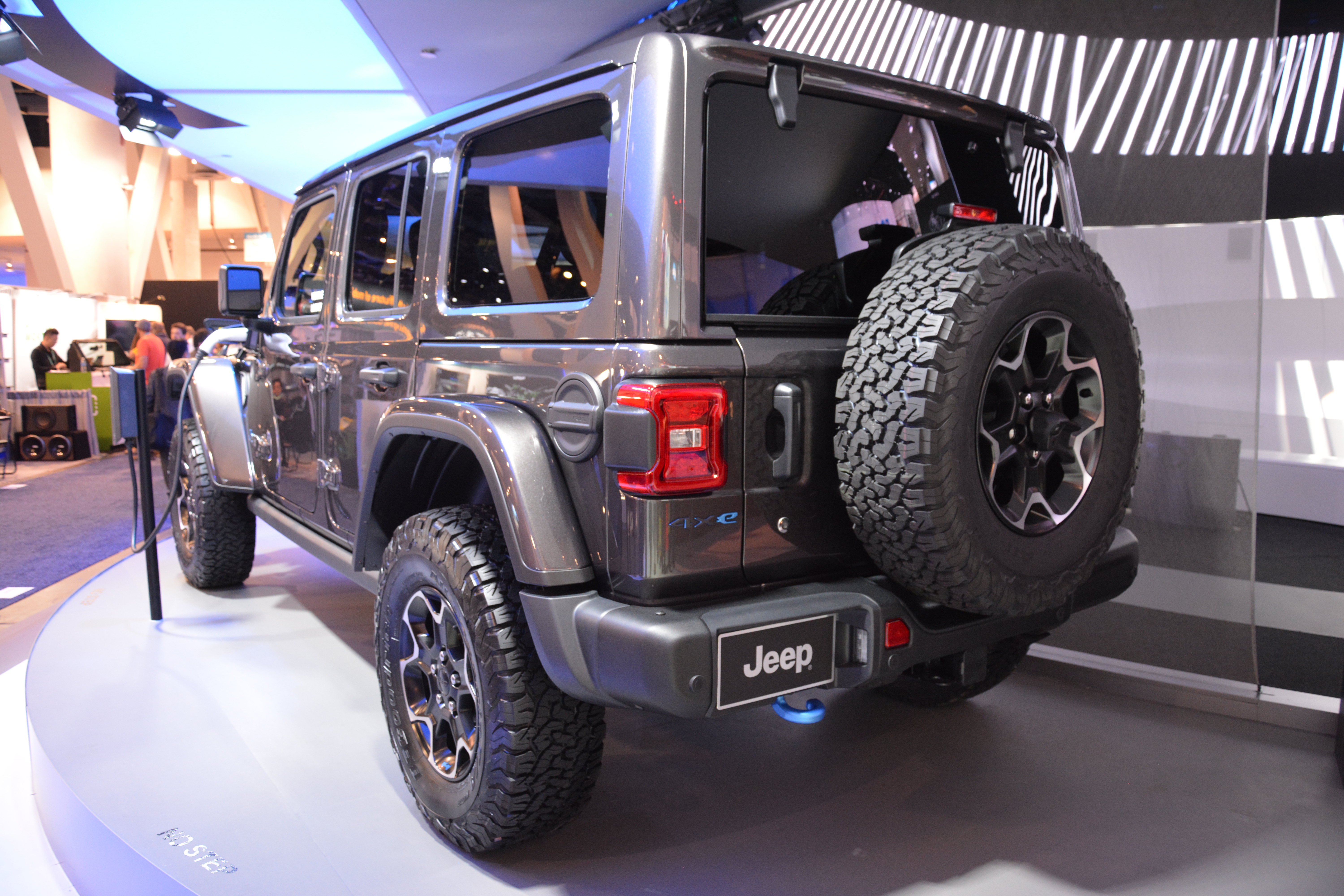 Although its specifications are still shrouded in secrecy, we're betting the Wrangler's plug-in hybrid technology will be similar to the Chrysler Pacifica's. If we're right, the system will consist of the time-tested, 3.6-liter V6 plus a pair of electric motors linked to a relatively small lithium-ion battery pack. Expect an electric-only range of approximately 30 miles with a full charge; the Pacifica's 33-kilowatt-hour pack gives it a 33-mile range.

In terms of pricing, the 4xe will land as one of the most expensive Wrangler variants, but some buyers will be eligible to claim a one-time tax credit awarded by the government for the purchase of an electrified car. Jeep will fully unveil the model in the coming months, and it should land in showrooms in time for the 2021 model year.

Jeep strongly hinted the first Wrangler with a plug will be joined by the first factory-built, production-bound V8-powered model in the nameplate's 34-year history. It introduced a close-to-production concept named Rubicon 392 that's powered by a naturally-aspirated, 6.4-liter Hemi V8 also found in Dodge's Charger and Challenger, among other cars. It's tuned to deliver 450 horsepower and 450 pound-feet of torque, and it spins the four wheels via a beefier version of the Wrangler's eight-speed automatic transmission and a two-speed transfer case.

At the other end of the spectrum, the 4xe emblem will appear on a full range of gasoline-electric models sold in the United States and abroad. Plug-in hybrid variants of the Renegade and the Compass are listed on some of Jeep's European sites, and we hear the next-generation Grand Cherokee may offer an electrified option as well. 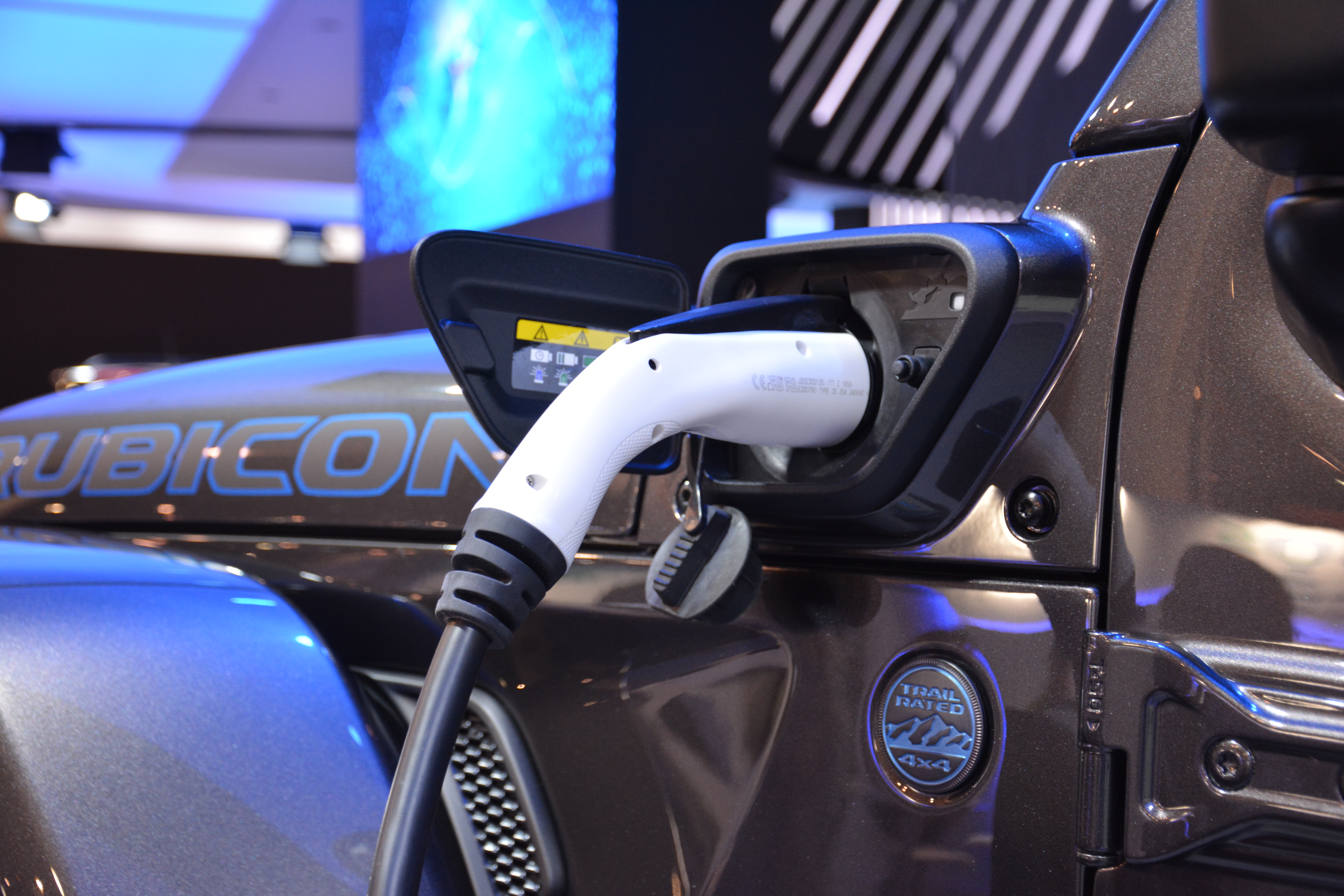 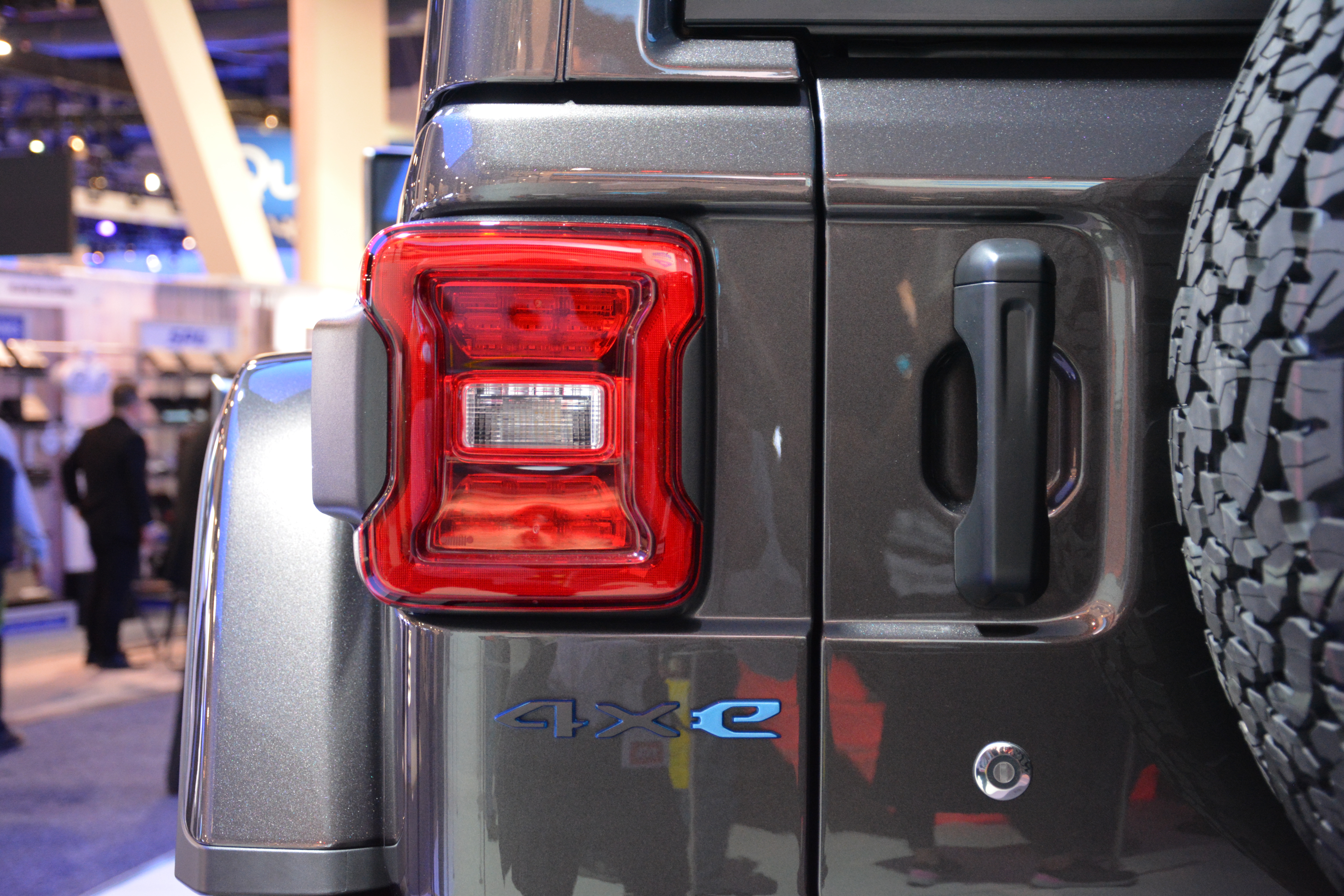