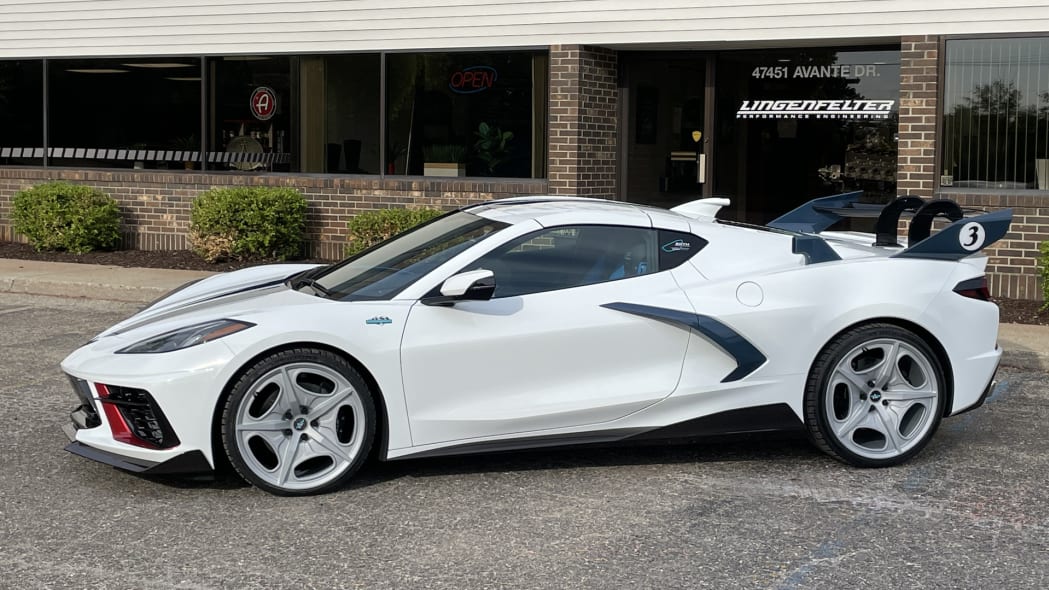 It has over 600 horsepower and some history behind it

In the pantheon of modified Corvettes, this one is actually quite tasteful. It's got quite a bit of history behind it, too.

Limited to 60 units, the 60th Anniversary Cunningham Corvette commemorates the 1962 Cunningham C4R and C4RK Le Mans race cars and Cunningham C3 grand-touring sports cars, with a vaguely similar livery consisting of a white body with unique blue accents on the side blades, unusual fender-mounted intakes, racing stripes (although they do look black in the picture above) and swan-neck(ish) wing that wears the number 3. There are also red trim accents front and rear. The name Cunningham is in honor of Briggs Swift Cunningham, a mid-century racing legend and team owner of those aforementioned cars. 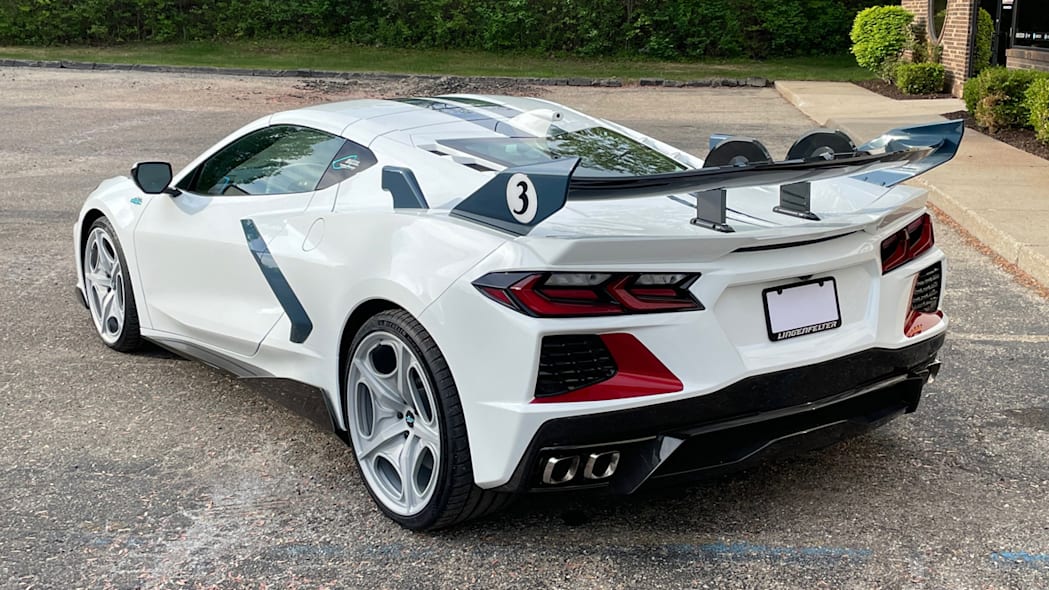 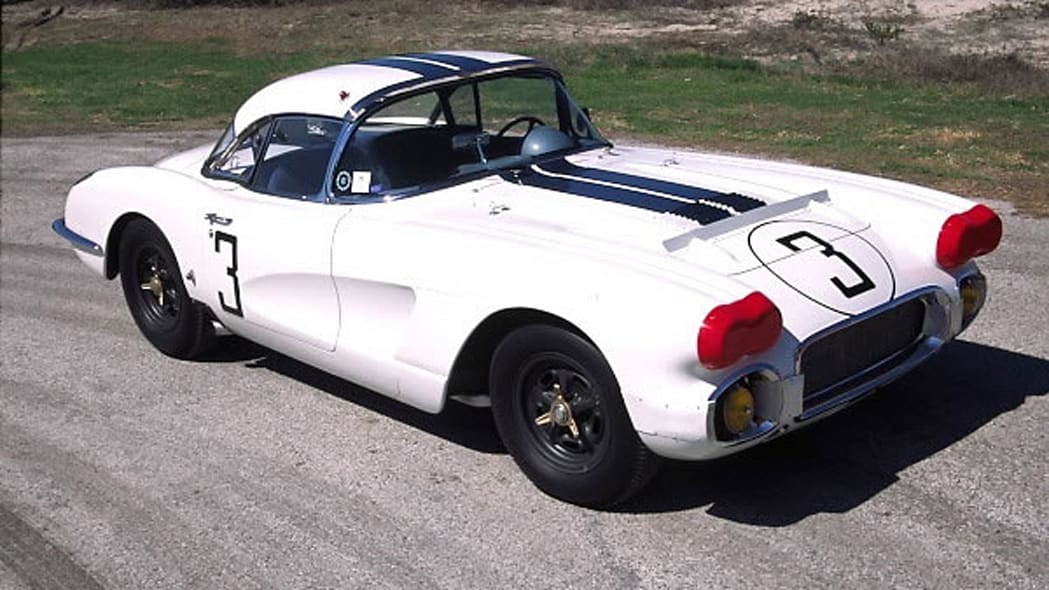 Technically, this car springs forth from longtime Corvette tuner Lingenfelter. Officially, Cunningham is a separate company "established to develop new vehicles and automotive aftermarket parts. Specifically, advanced ceramic braking components, which (it is) currently developing as (it) transitions to become an all-electric vehicle manufacturer." So, this is both a Lingenfelter and it's a Cunningham. I was confused too, whatever.

Here's what you get. Every 60th Anniversary Cunningham Corvette is a 3LT trim package car. The C8 Corvette's 6.2-liter V8 is tuned by Lingenfelter to "600+" horsepower and includes a carbon fiber intake manifold, and Corsa Sport tuned headers and airbox. The exhaust is upgraded to a Corsa Sport unit, which you can hear in all its glory in the video below. The Z51 suspension with magnetic dampers is upgraded by Lingenfelter to "Performance Street/Track settings), while the standard 19-inch front/20-inch rear wheels are replaced with bespoke forged aluminum HRE wheels enlarged to 20/21 inches. They look a tad plasticky, but they're also modeled on the racing Halibrand Kidney Bean wheels used on the original 1960 Le Mans-winning Cunningham Corvettes. They were Michelin Pilot Sport 4S rubber with Alcon brakes lurking inside. The Z51 spoiler is replaced by Cunningham's swan-neck-look wing as part of its larger aero package by Peter Stevens Design.

The car has the Corvette's Tension Blue/Twilight Blue interior option with Competition Sport seats ... at least in the above photos. A picture of one of those seats out of the car shows one entirely upholstered in a blue that matches the exterior accents.

Each car will be numbered (XX of 60 is even embroidered on the seat backs) and the VIN entered into the Cunningham Registry, which is good apparently. All will wear the number 3, though, so if you're a big Jeff Gordon fan and would prefer a 24, too bad. 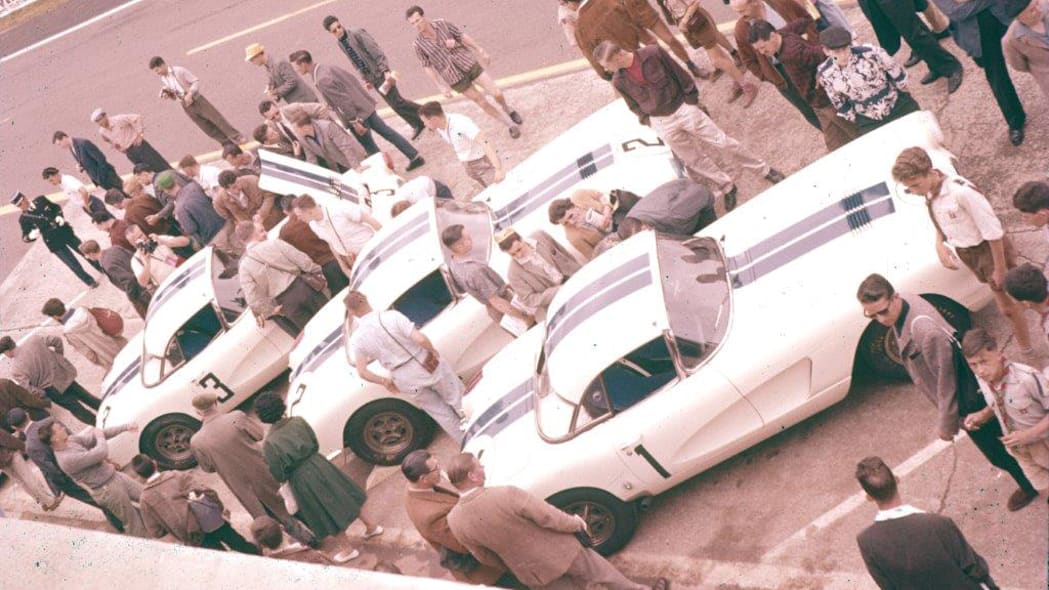 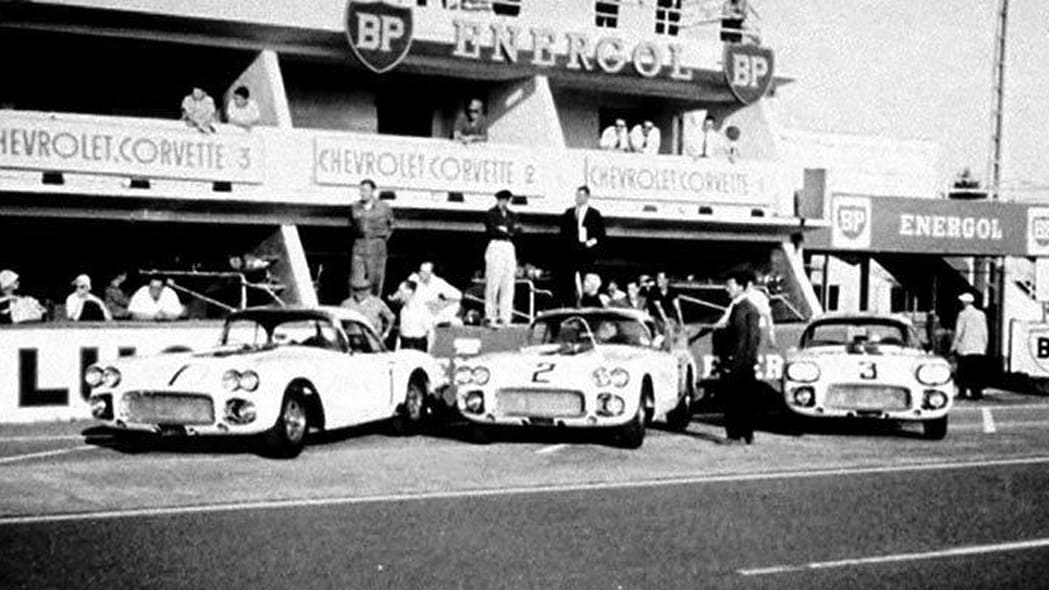