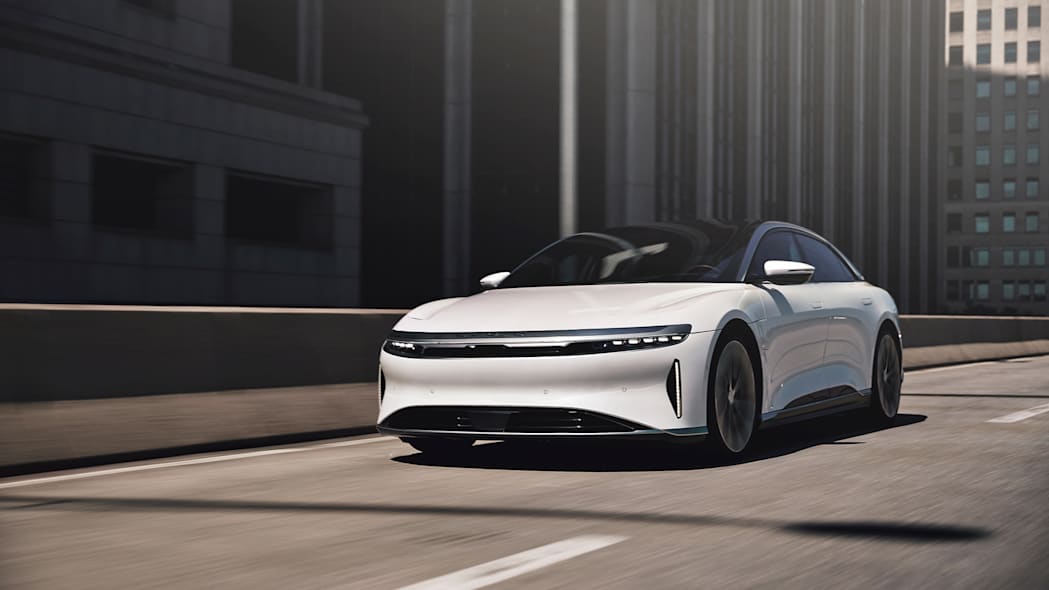 The company isn't full of hot air after all

Lucid Motors is about to reach a major milestone. Nearly five years after it unveiled its first prototype, and a few days after it released a photo of six EVs parked on a car hauler, it announced that it will start delivering the Air to reservation holders on October 30.

Built in Arizona, and available with a 520-mile driving range, the electric Air was designed largely to lure buyers away from the Tesla fold. This goal partially explains why Lucid won't launch the sedan by merely trucking it to the folks who paid for it: it will host an event called Dream Delivery that buyers in line to receive the first batch of cars will travel to. Executives and engineers will attend the party to show new owners what their new sedan is capable of in terms of ride, handling and performance. There's no word on how many cars will be delivered.

In September 2021, Lucid revealed it's sitting on approximately 13,000 reservations. Although that's a very small number in the grand scheme of things, it's a good start for a young company that has never made a car and that just fired up a new factory for the first time.

Lucid explained that it plans to deliver 520 customer-configured units of the Air Dream Edition before it turns its attention to cheaper and less powerful variants. Dream buyers will have two variants to choose from called Performance and Range, respectively. Each one does exactly what the name suggests: one puts a big focus on performance and the other prioritizes range. Customers waiting for a Grand Touring model will get it after every Dream Edition has been delivered, while Touring and Pure models will be delivered at some point in 2022.

Looking ahead, the first Lucid crossover is tentatively scheduled to make its debut in 2023. It will offer about 400 miles of driving range.