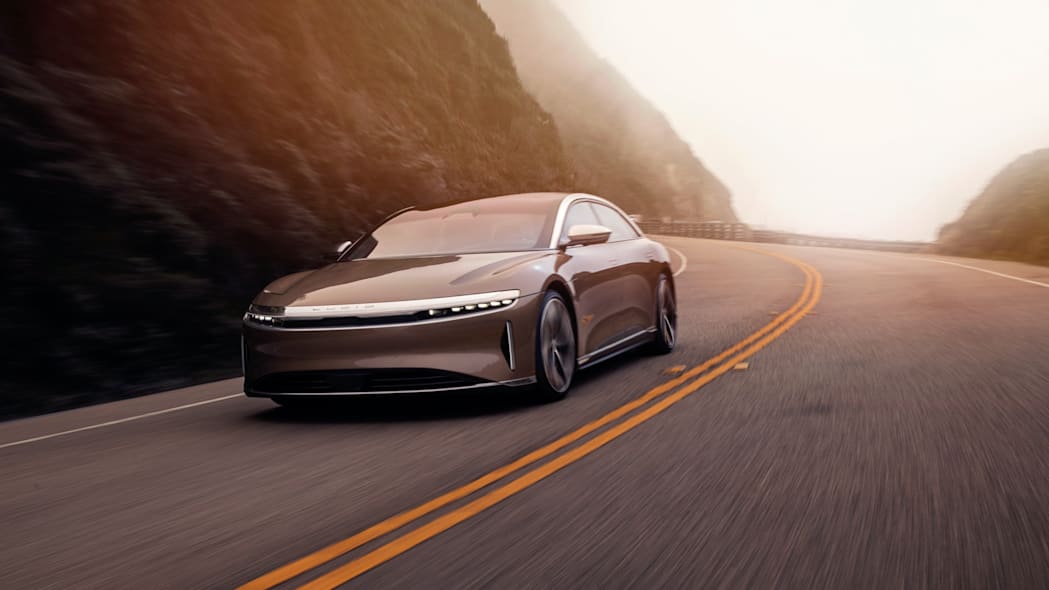 The company cites 'extraordinary' challenges with logistics and its supply chain

Lucid Group Inc. slumped after lowering its production target for this year to between 12,000 and 14,000 cars, down from a previous goal of 20,000, citing “extraordinary” challenges with logistics and its supply chain.

The maker of luxury electric vehicles also came up short on its goal for deliveries last year. Lucid delivered 125 of its Air sedans in the final quarter after planning to ship more than 500, it said in an earnings statement after the close of trading Monday. Lucid also delayed the launch of its second vehicle, the Gravity SUV, from 2023 to the first half of 2024.

“The delay will allow competitor offerings more time in the market in advance of Lucid,” Ali Faghri, an analyst at Guggenheim Securities, said in a note Tuesday. The postponement “could make taking incremental market share in a more competitive market challenging.” The firm noted “overwhelmingly positive” reviews on Lucid vehicles so far.

Lucid tumbled 13% to $25.35 before the start of regular trading Tuesday in New York. The stock had dropped 24% this year through Monday.

The company has produced more than 400 Air sedans and has delivered more than 300 to customers. It reported more than 25,000 reservations for the vehicle and booked $26.4 million in fourth-quarter revenue.

Lucid is struggling more to secure supplies of parts such as window glass and interior carpeting than of computer chips, shortages of which have tripped up other automakers, Chief Executive Officer Peter Rawlinson said on a conference call. The carmaker is navigating the procurement issues by offering to help key suppliers with logistical problems, switching contracts to new suppliers and bringing some processes in-house.

“Heavy capital spending approaching $2 billion in 2022, combined with slashed production targets due to supply-chain constraints, may chew up more than half of Lucid’s $6.2 billion of cash this year, a bump in the road for its long-term aspirations. A capital raise is possible this year.” -- Joel Levington, BI credit analyst

Rawlinson said in the statement that he expects the supply-chain issues to ease in the second half of this year and expressed confidence that Lucid is poised to capitalize on demand for its vehicles.

A 2.85 million-square-foot expansion of its Casa Grande, Arizona, vehicle assembly facility is “on track,” according to the statement. Lucid also said it recently leased land in Saudi Arabia where it plans to build its second factory. Saudi Arabia’s sovereign wealth fund owns more than 60% of Lucid.

Lucid said Monday that it expects to start construction on the Saudi Arabian factory this year. Chairman Andrew Liveris previously told Bloomberg TV that he expects the second plant to open by 2026.

The Air’s launch has had problems. Lucid last week issued a recall over a potential safety defect. The company also shipped some of the first sedans without a promised driver-assistance feature, which the company promised to add after delivery through an over-the-air software update.