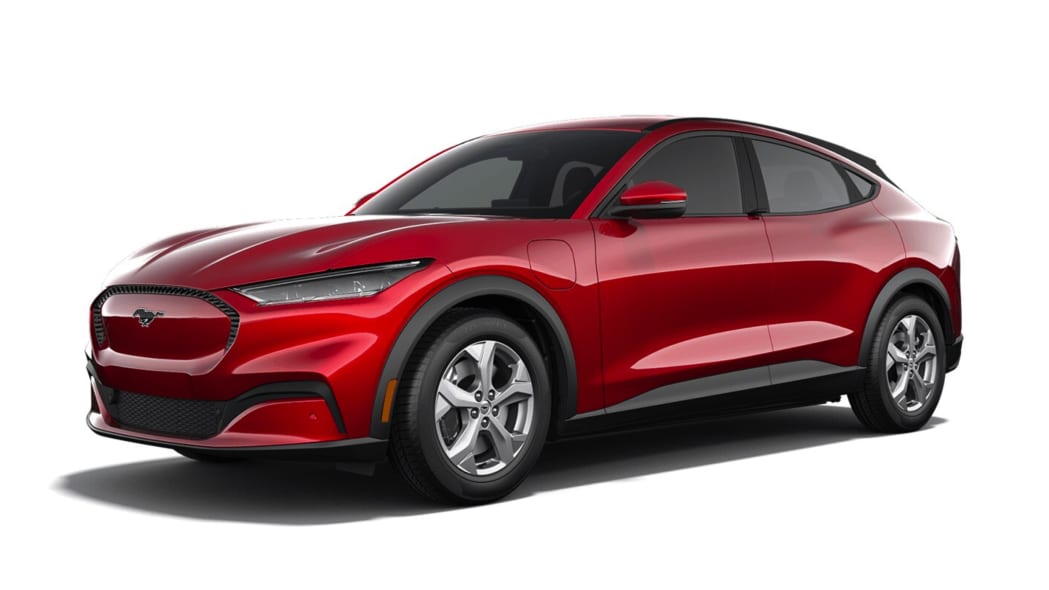 Official EPA range estimates for the 2021 Ford Mustang Mach-E are in, and they largely confirm Ford's initially released figures. The battery-powered 'Stang is good for up to 300 miles on a charge, but different variants have different range estimates.

A larger, 98.8-kWh battery pack feeds the extended-range Mach-E. With rear-wheel drive, it powers a 282-hp electric motor and delivers 300 miles of range. The eAWD extended-range version again uses two motors, this time for 332 horsepower, and can travel 270 miles on a charge.

We're still waiting for the Feds to weigh in with range estimates for the Mustang Mach-E GT and Mach-E GT Performance Edition. Those performance models boast 459 horsepower and 612 lb-ft of torque.

The Mustang Mach-E offers a variety of chargers, and recharge time varies greatly depending on which one is used. A 120-volt mobile charger adds 3 miles of range per hour; a 240-volt mobile charger adds 22 miles for each hour, and a 240-volt home version refills the batteries at a rate of 32 miles for each hour. With the Mach-E's DC fast-charger hooked up to a 150 kW source, the car can replenish 47 miles in just 10 minutes.

The 2021 Ford Mustang Mach-E is priced from $43,995, before tax credits and incentives. Deliveries are scheduled to begin later this year.