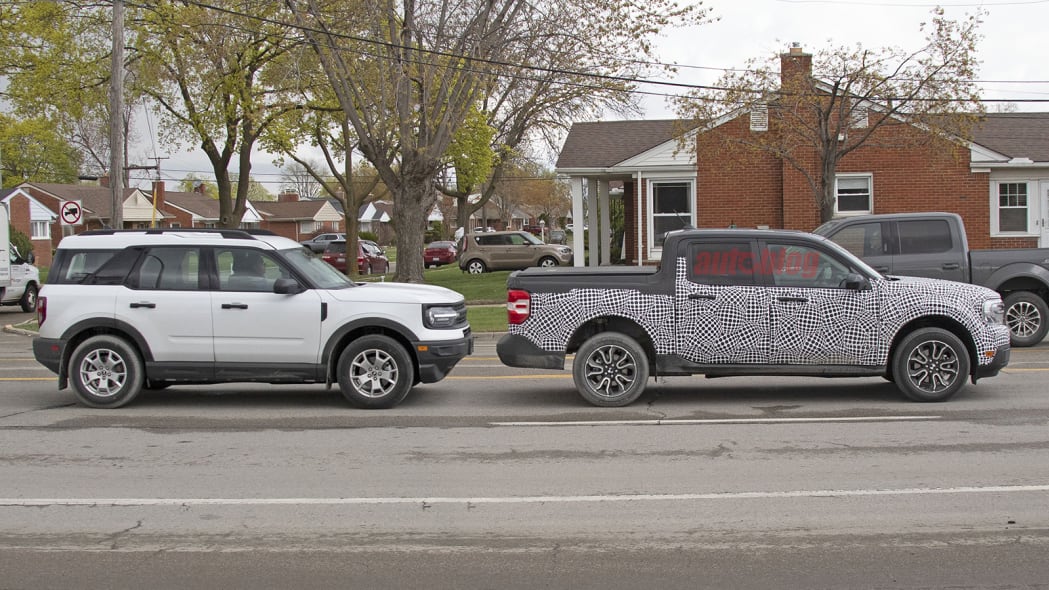 It's side by side with a Bronco Sport.

One problem with only being able to see a vehicle only in photographs or on video is that it can be difficult to get an accurate gauge of the model's size. These new spy shots of the Ford Maverick unibody pickup put it next to a Bronco Sport. The photos are a great chance to compare their footprints.

Viewing them both in profile, the Maverick appears to have a shorter front overhang than the Bronco Sport. The truck's wheelbase appears to be a bit longer than the crossover, and the truck is obviously longer overall. 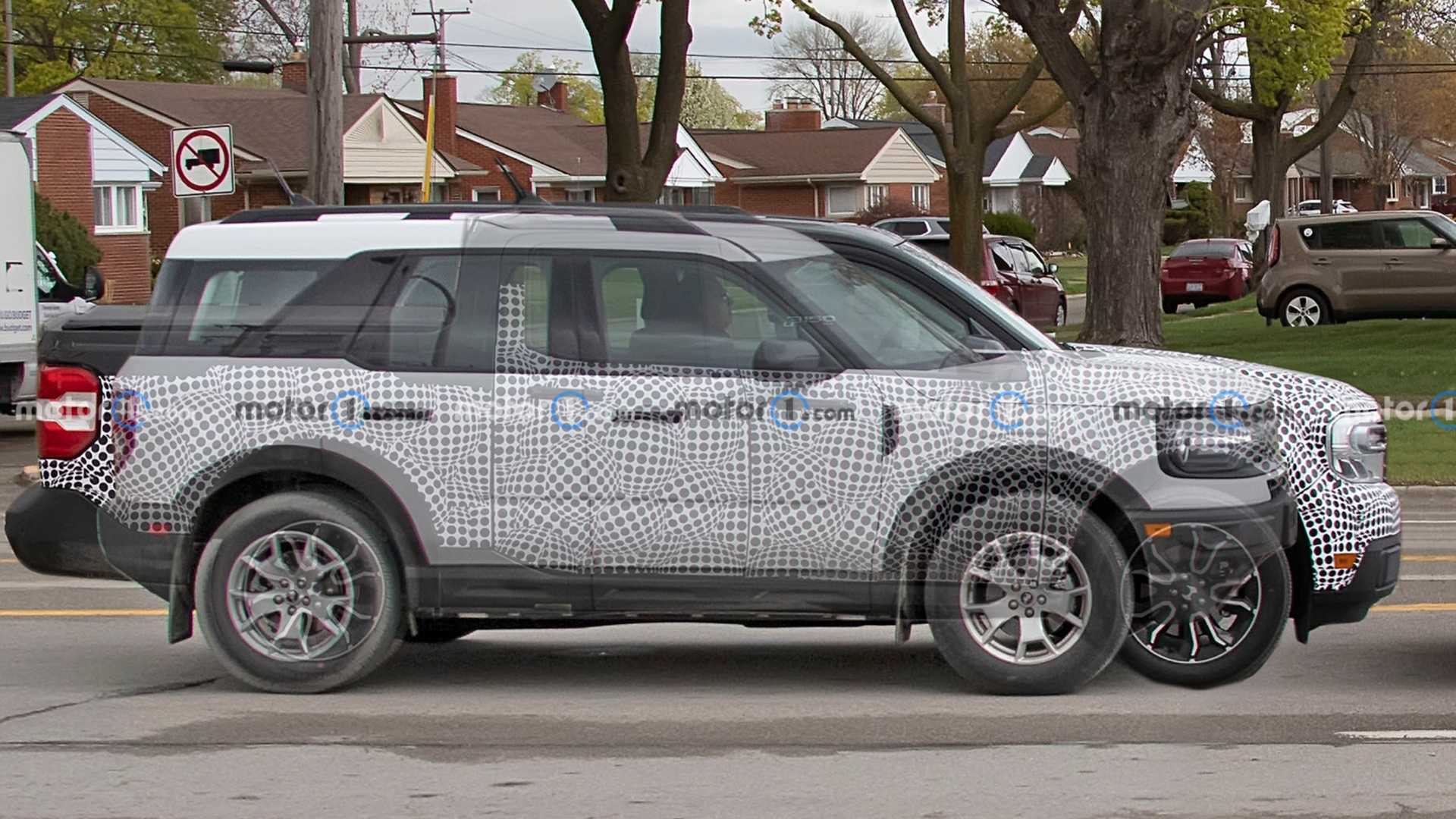 There are some interesting similarities, though. The A-pillar has the same angle. The size of the passenger area of both vehicles appears roughly the same. Also, it seems like the Maverick's cargo area has about the same proportions as the Bronco Sport if the crossover's rear seats are down.

The Maverick and Bronco Sport (along with the Escape) share the same C2 platform, and the info currently available suggests the powertrains range should be identical, too. Buyers should expect a 1.5-liter three-cylinder making 180 horsepower (134 kilowatts) and 177 pound-feet (240 Newton-meters) of torque. As an upgrade, there would be a turbocharged 2.0-liter four-cylinder with 250 hp (186 kW) and 275 lb-ft (373 Nm) of torque. Rumors indicate a hybrid is under development, too. 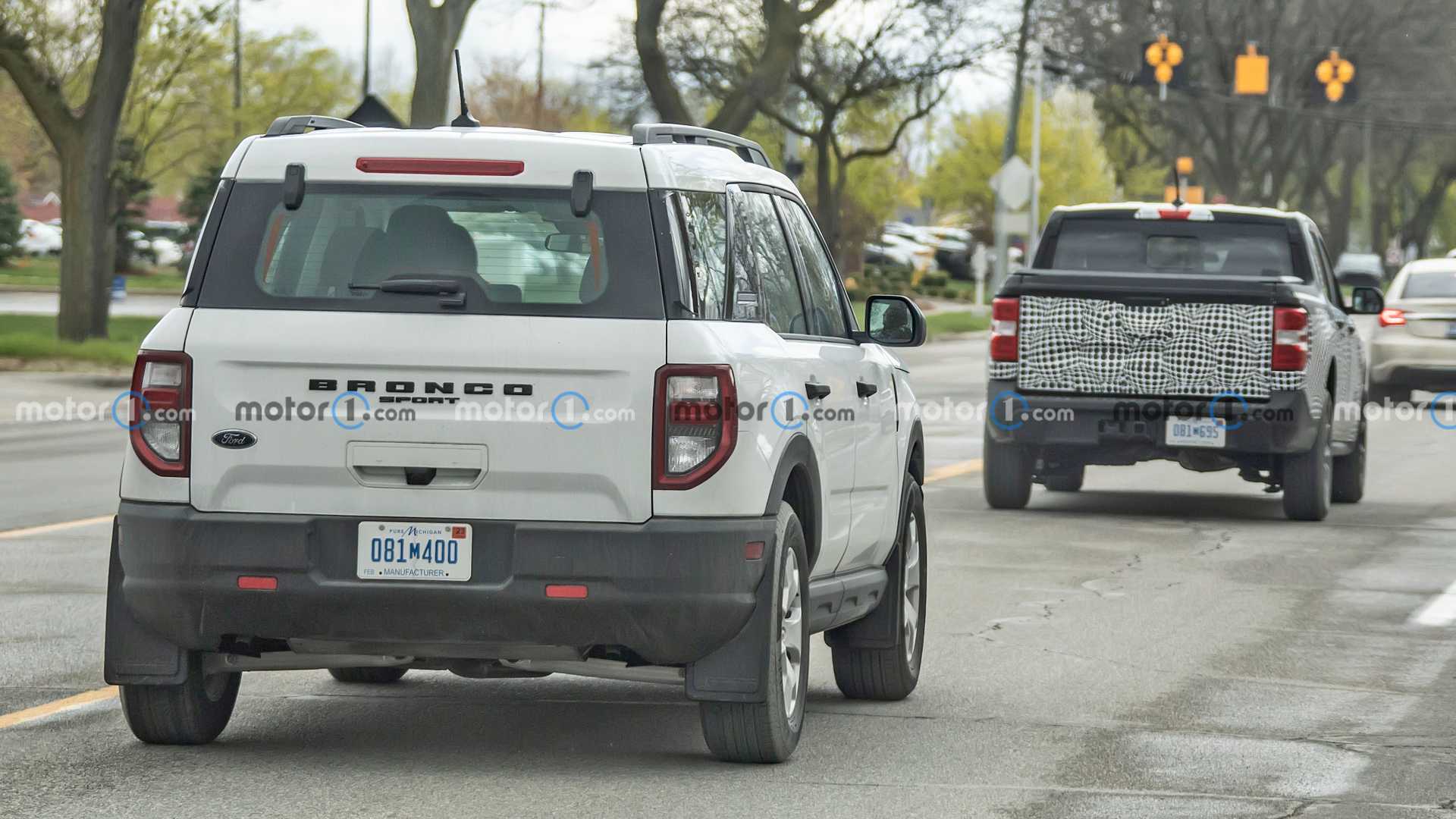 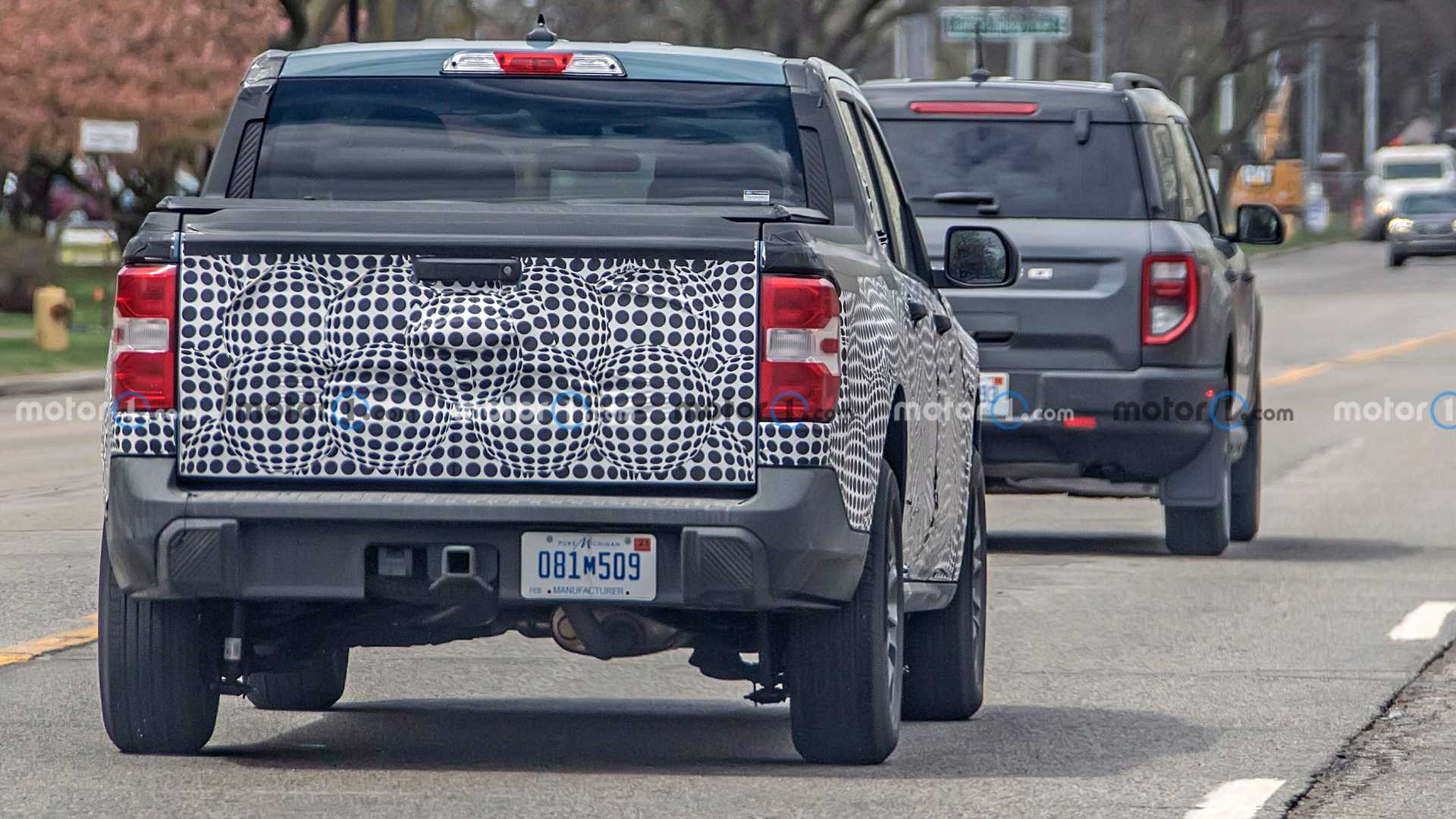 Ford is allegedly working on a rugged Timberline model that would outfit the truck with parts for light off-roading. Don't expect Raptor levels of capability, but this variant of the Timberline would be able to handle rougher conditions than the other grades.