Mining and erosion could be damaging Bonneville Salt Flats beyond repair 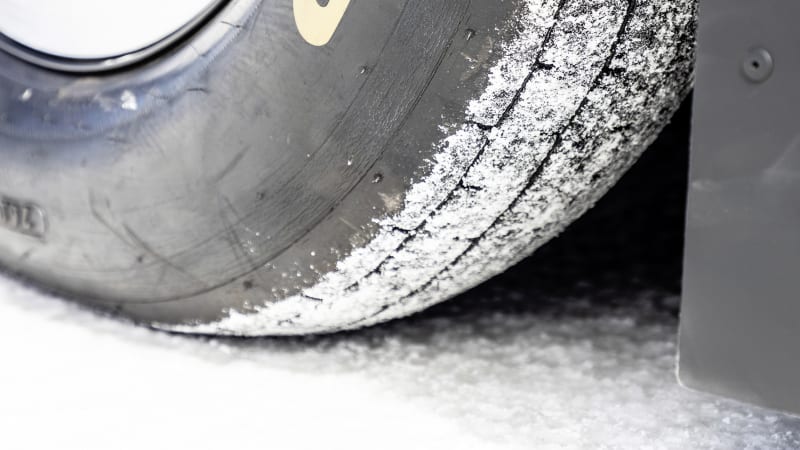 The crust is as thin as one inch in places

The Bloodhound Land Speed Record (LSR) car made news this week when it surpassed 600 mph during a high-speed test in the journey toward 1,000 mph. Most speed runs are equated with the Bonneville Salt Flats, but not this time, as the LSR is testing in South Africa. Instead, the Salt Flats are in the news this week in a New York Times article concerning the area's degradation and the efforts to save it.

The Bonneville Salt Flats are known as one of the ultimate speed destinations in the world, but it also has a second life as a major source for potash and salt mining. Throughout the past 50 years, the resource extraction and motorsports obsession (possibly exacerbated by climate change) have overtaxed the area to a point where it's in danger of losing its fundamental structure.

The benefits of the flats are based on its rigid top crust, which is formed when an underground aquifer pushes a brine to the surface, and the minerals dry out and harden. According to Board Vice President of the Save the Salt Coalition Tom Burkland, that crust is disappearing. He says the salt crust was about four feet thick during his time racing in the '60s, but today, there are areas where the crust is barely an inch thick. This could possibly be the result of mining companies pumping the brine solution to processing plants. By sucking the area dry with undergound taps, the brine never reaches the surface, thus there is nothing to harden.

This change has directly affected the racecourse at the flats, as well. Originally, the course was about 13 miles long, but that has been reduced to about seven miles. That means it's no longer long enough for the highest level of speed records and attempts.

“Everything that happens on and around the salt crust has some kind of impact on this ephemeral landscape,” Director of the Global Change and Sustainability Center at the University of Utah, Brenda Bowen said. "However, it is difficult to pin the degradation on any single activity," she added. “A century of extraction has certainly changed the landscape, but so has the racing.”

As we've previously detailed, there are efforts to save the Bonneville Salt Flats, but money is still needed to kick the 10-year plan into action. Read more about the history of the area and how its original form could still be restored at The New York Times.